You may think you have a good sense of exactly how big Earth is compared to the other planets in our solar system. But clever new illustrations by John Brady, founder of the website Astronomy Central, put the size of our planet in perspective in the starkest way possible. 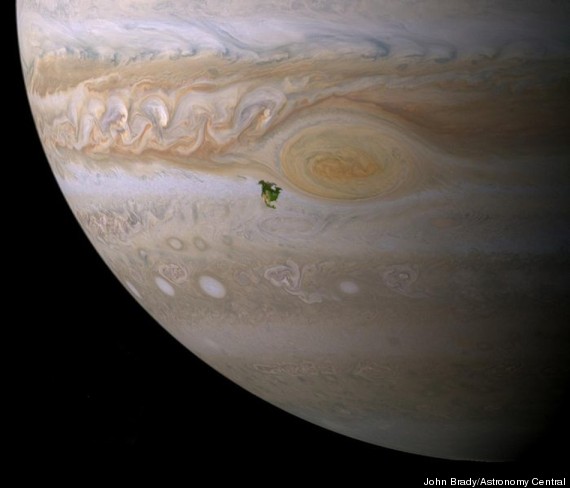 North America is dwarfed by the immensity of Jupiter. 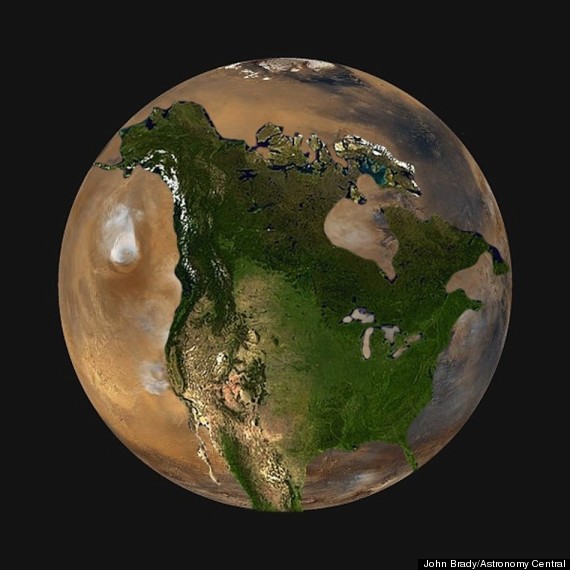 "I got the 'North America on Jupiter' image to scale by looking at size comparisons on NASA images of Earth compared to Jupiter's Great Red Spot," Brady told The Huffington Post in an email. "From that I could work out the size of only the USA and Canada, and place it onto Jupiter to scale. The Mars image with North America placed over it was done by knowing the diameter of the red planet, then finding the distance between two U.S. cities. I used New York and San Francisco."

How big is Earth exactly? Our planet's diameter at the equator is about 7,926 miles. Mars' diameter is half as big, and Jupiter, the largest planet in our solar system, is about 89,000 miles wide at its equator.

As Brady said in the email, "Sometimes it takes images like these to be reminded of the fact of just how small we really are, or sometimes not, as Mars is actually not that big as shown with North America." 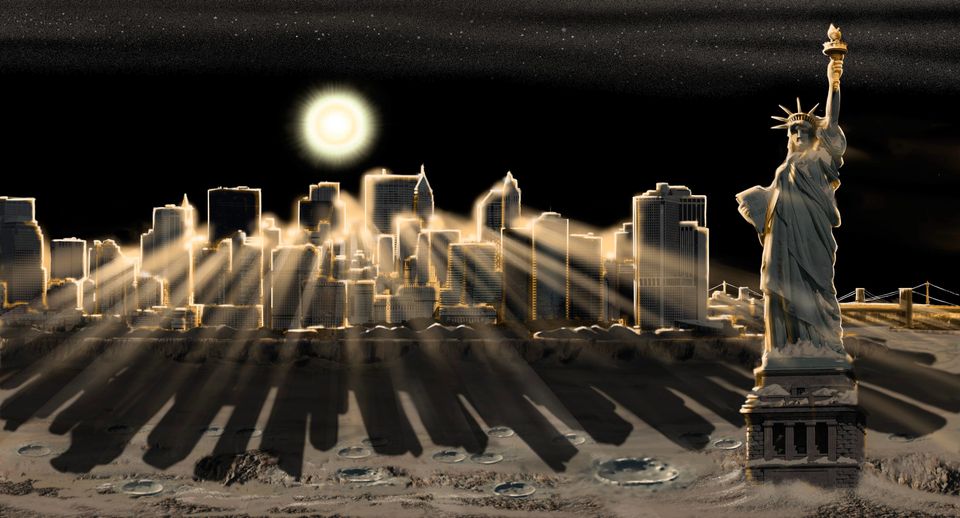