A North Carolina man who has been flying a Nazi flag outside his home says he's not a racist. He just likes flags.

Kings Mountain resident John Brown told local NBC station WCNC that he plans to take down the swastika, but said he doesn't think the flag is offensive and part of the reason he's removing it is that the flag is too worn out and no longer fit to fly.

Neighbors say Nazi flag flying outside Kings Mountain home is offensive. Should be taken down. pic.twitter.com/odOOLHXOZA

Some neighbors told WCNC that Brown is just a war buff who watches World War II flicks and likes to listen to German music from the era.

Others, however, are offended by the Nazi symbol of hate flying high in their neighborhood.

"It stands out like a sore thumb," neighbor Chris Curry told the station. "We're in a good neighborhood, we don't need this."

In 2012, the same NBC station visited Brown when he was flying a Nazi S.S. flag.

“What’s wrong with it?” he said at the time. “It is a Nazi S.S. flag, but that’s not what it stands for. It don’t mean hells-bells or nothing. It is two lightning bolts. It stands for 44. It’s in the Bible.”

He said he will replace the Nazi flag in a few days with an American flag or a state flag, but told WCNC he'd fly a pirate flag if he had one. 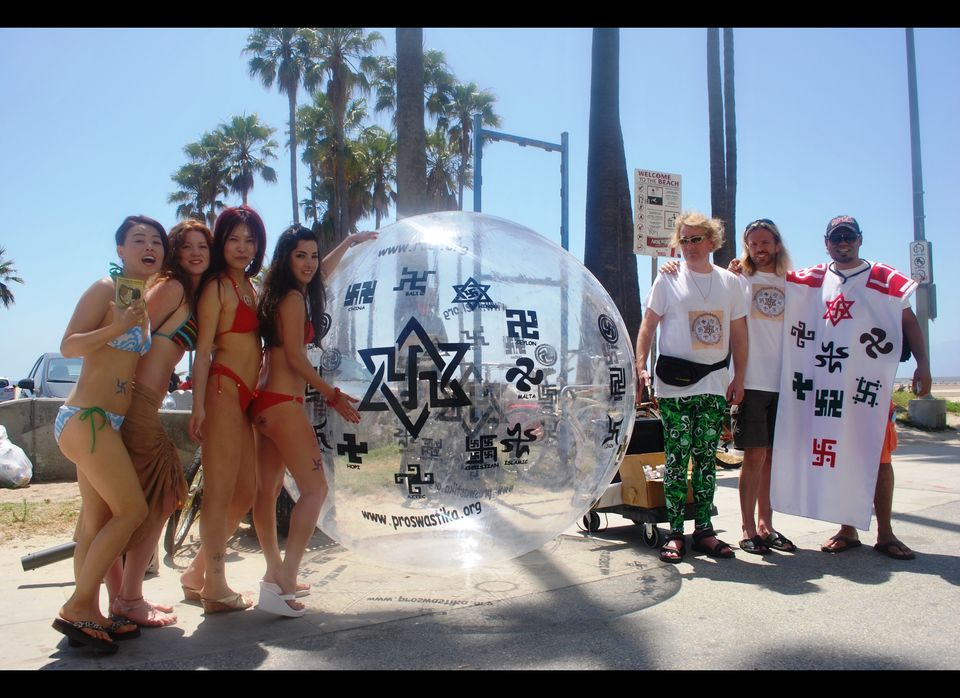