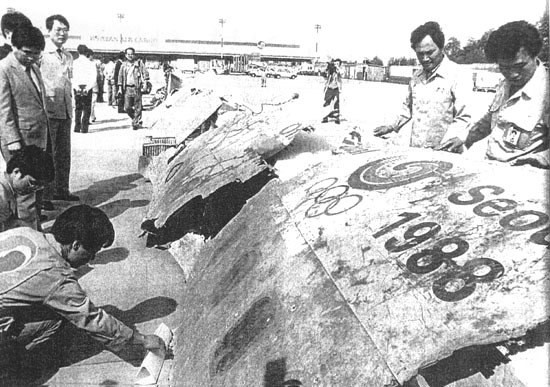 Someone once described the dissolution of the USSR as a typical Soviet divorce -- you're no longer married but you're still forced to live in the same apartment. So it is with North and South Korea, which have had more than their share of animosity the past half century, which has, not surprisingly, affected the U.S. in one way or the other.

North Korea has tried to assassinate the South Korean President and when that failed, it doubled down and seized the USS Pueblo. A few years later, North Korean soldiers hacked two United States Army officers in the DMZ to death. And there's the more recent missile-rattling by current Supreme Leader Kim Jong-un.

On November 29, 1987, North Korean agents hid a bomb on Korean Airlines Flight 858, killing all 115 on board. It was later learned that the bombing was intended to destabilize the South Korean government and to scare off participants in the upcoming Olympic Games to be held in Seoul the following summer. The State Department called the bombing a "terrorist act" and designated North Korea as a state-sponsor of terrorism.

Thomas Dunlop served as Political Counselor in Seoul from 1983-1987 and later as Director for Korean Affairs at the State Department. He discusses the details of the bombing, including how the North Korean agents were supposed to take cyanide if caught; one was stopped and she was interrogated, and later expressed remorse for her actions. Though she was sentenced to death, she was pardoned by South Korean President Roh Tae-woo, who saw her as a victim of North Korean brainwashing.

Read other Moments on Korea. The downing of KA Flight 858 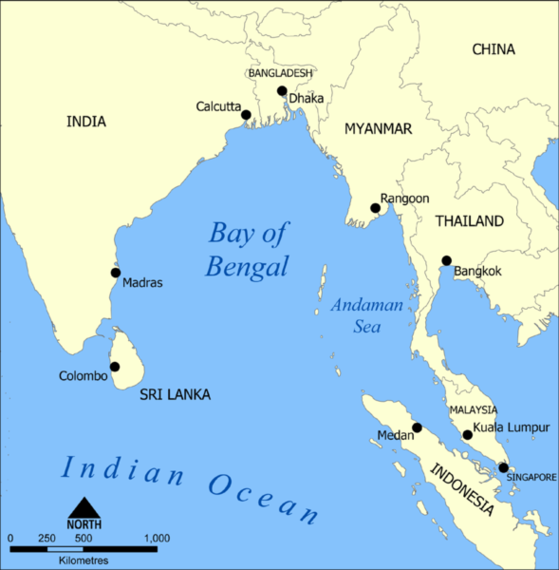 DUNLOP: In November 1987, a scheduled Korean Air airliner [formerly Korean Air Lines (KAL)] flying East from the Persian Gulf and bound for Bangkok and Seoul, disappeared over the Andaman Sea, just South of Burma [now Myanmar]....All of the [passengers] were killed.

By then I had returned to the United States and was Country Director for Korean Affairs. I was at home. This incident occurred on a Saturday evening, Washington time. Incidents of this kind, with great predictability, seem to take place on weekends.

The full story of what happened to that airplane did not come out until the two people who had placed the bomb in an overhead compartment in Bahrain and then left the aircraft were captured.

It is a fantastic, fascinating story. One of them committed suicide. The other one was prevented from committing suicide, a young Korean woman named Miss Kim. Miss Kim did not succeed in committing suicide. She became sick after biting into a cyanide pill, but not did not die, and there was no damage to her brain. She was taken back to Seoul. Over a period of weeks and months she told her story to her South Korean interrogators.

It was a remarkable story of precise training, over a period of years, to become a terrorist. It went "wrong" simply because her escape route from the terminal had not been properly planned. Everything was planned up to the point of getting the bomb on the airplane and getting the two North Korean terrorists off the plane. This all went like clockwork. Then, their escape routes from the airport did not work out, and they were caught.

She told her story of having been recruited as a bright young graduate of the North Korean school system. She was told what an honor it was to work for the Korean fatherland and the reunification of her people. She was told that her mission was to be the first in a series of missions. This was the curious, scary part, but there were other, scary parts of this story.

The missions were designed to destroy the Seoul Olympics, and, in the course of destroying the Olympic Games, set in train a series of events which would bring down the South Korean Government, expose the Americans as the weak, imperialist manipulators that they are, and lead eventually to the reunification of Korea.

What more glorious task did this young woman have to devote her life to but this? She was sent to Macao for training in the Chinese language, because her cover story was that she was to be Chinese. She apparently was a brilliant student of languages. Very few adults can learn to speak a new language without an accent. While she probably had an accent, that probably could have been explained by saying that she was from Macao, where a special kind of Chinese is spoken. She spent a couple of years in Macao, studying Chinese.

She went back to Pyongyang, North Korea, where she was then indoctrinated in the use of explosives in a bottle looking like a bottle of cognac. She was introduced to an older man, who was to be her partner in this venture. She was then drilled on how she was to get to Baghdad, where she was to board a flight to Kuala Lumpur, Malaysia. For this operation their route led from Pyongyang to Moscow, Budapest, Belgrade, and then on to Baghdad, where they boarded the Korean Air Lines flight.

"The North Korean man took a cigarette, which had a cyanide pill in it" 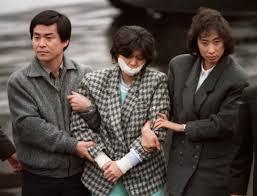 They left the plane in Bahrain, having placed the explosives in the overhead luggage compartment. The plane on which they were supposed to leave Bahrain stopped at Qatar, where they did not plan on stopping. A hold had been placed on flights to Qatar coming from Bahrain. The authorities in Qatar were very smart. They had been told to interview all of the people who had left Bahrain and see whether they would reveal anything.

Not only did they interview these passengers, they detained them, so that their onward flight left Qatar without them. They had a backup ticket which they used in an effort to switch identities. They switched the ticket, but the passport was being held by the Qatari authorities. So there was a mismatch between tickets and passports, and they were held.

The woman and her companion were seated in a holding room in the airport at Qatar by the airport security people. There was a Qatari policewoman sitting between the two North Koreans. There was another security officer on the other side of the man. The North Korean man asked if he could smoke.

So the North Korean man reached into his pocket and pulled out a package of regular cigarettes. The North Korean girl asked, "May I smoke, too?" The Arab policewoman said, "Yes."

One aspect of the fallout from all this was that if we hadn't been doing everything we could to help the South Koreans in the security field, this added the last bit of incentive, if anything remained to be added.

The South Koreans did not want her to have access to anybody. However, we fought hard with the South Koreans for a couple of days, knowing that time was not going to be very good to us in this matter. We finally did get access to her, were able to interview her, and were able to convince ourselves that the reason she had made this conversion was simply that she gave everything to one particular cause. 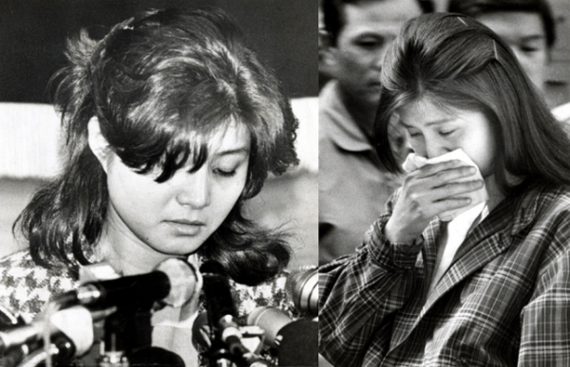 When she found out that the North Korean cause was flawed, when she found out that life in Seoul was not as it had been described to her and that people in South Korea were not clothed in tatters or were hungry and starving, she made her conversion. She was also no doubt in terrible fear of torture and death, and this had its effect.

But in this case I was convinced that the primary cause of her conversion was her appreciation that she was not tortured and killed. You can find many similar conversions among Japanese POWs in WWII, similarly indoctrinated to anticipate torture and death. For me that was certainly a very instructive insight into the degree to which the North Koreans were willing to go in pursuing their objectives.

Why wasn't there any follow-on campaign to disrupt the Olympic Games? I think that her confession may have played a role. The North Koreans knew that there was no way that they could do this without its becoming known that they did it. It would be more of a risk to the North Koreans than it was worth. So if there were other plans to disrupt the Seoul Olympics, so far as I know, none was ever carried out. Not that we relaxed our guard.