In a sea of indistinguishable onlookers clad in black with their backs turned to the camera, one man stood out at Kim Jong Il's funeral.

The Associated Press released a photo of the procession in North Korea, and a hawk-eyed Reddit contributor was quick to point out an anomaly in the otherwise uniform crowd of mourners. In the photo above, one man appears to be nearly twice as tall as the gentlemen on his left and right.

Who is this giant? Could it be Ri "Michael" Myung Hun -- North Korea's national basketball star -- as some commenters have suggested? Thanks to North Korea's strictly controlled and photoshop-happy media, rumors are certain to abound, and we may never know for sure.

Likely due to a lower standard of living and malnutrition in the North, some studies show a growing discrepancy between the average height of North and South Koreans since the peninsula was split in two. With North Koreans clocking in at about 2 inches shorter on average, the massive mourner stands out even more next to his North Korean compatriots.

On Wednesday, Kim Jong Il's youngest son -- the new "supreme leader" of North Korea, Kim Jong Un -- led an elaborate funeral, and North Korean citizens across the country bowed their heads for 3 minutes of silence to pay tribute to the fallen dictator.

While the mystery man may have been relegated to the back row, chances are he still got a great view of the deceased Dear Leader's funeral procession.

Correction: A previous version of this article listed Ri Myung Hun as an NBA star. Although he planned to join the league, he was unable to play. 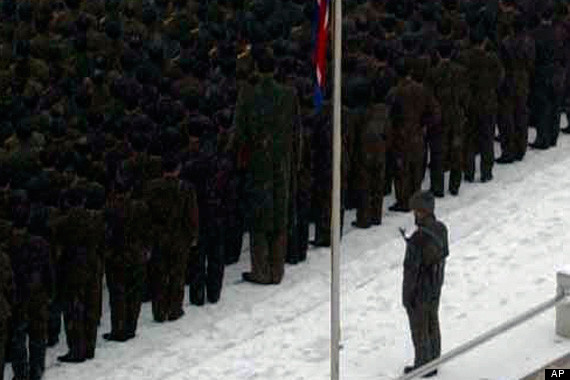 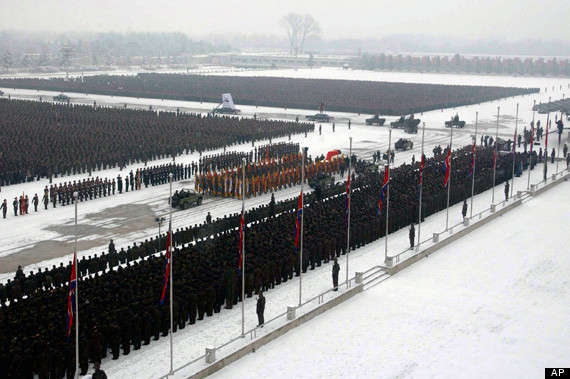