North Korea is one of the most isolated countries in the world.

The roughly 24 million people who live in the totalitarian state have minimal interaction with the outside world. Foreign media is forbidden, interaction with tourists is strictly controlled and the Internet is inaccessible to almost everyone. BBC journalists who visited the country in 2010 found that university students had never heard of Nelson Mandela. And the outside world often has little idea what is going on in the country -- its leaders have been able to "disappear" from public view for weeks.

North Korea's nuclear weapons program and horrific human rights record have made the country a global pariah, with international sanctions further isolating the nation's centralized, socialist economy. Pyongyang's economic policies have been a disaster, further exacerbating North Korea's poverty. Seen from space, Pyongyang disappears into the dark -- a stark illustration of the nation's chronic underdevelopment compared to the rest of the region.

The story of how the Democratic People's Republic of Korea became so reclusive is a story of both ancient traditions and the bloody geopolitics of the modern era. 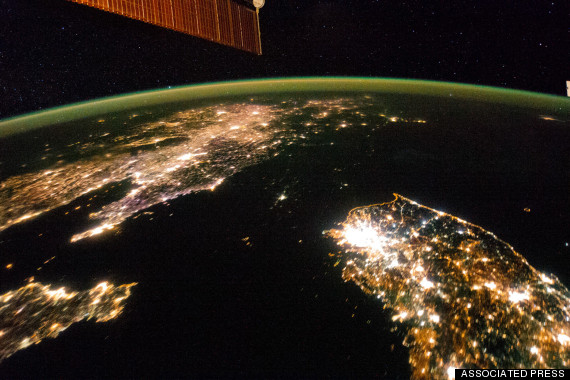 The Origins Of The Hermit Kingdom

Korea has had a long history of self-isolation, even before the Korean Peninsula was divided into two countries in the 20th century. The Choson dynasty, which ruled Korea from the 14th to early 20th century, kept the country isolated from the outside world, both as a way to fend off foreign invasions and out of a belief in the superiority of its Confucian culture. Contacts with foreigners and foreign travel were banned, and after a series of invasions, the Choson rulers limited interaction with even neighboring China and Japan.

This self-seclusion was not unique in the region -- Japan and China also adopted isolationist policies during this period -- but Korea held out longer.

Korea was first nicknamed the Hermit Kingdom in the 19th century by Western powers who were shunned by Korea as they advanced into Asia for trade and conquest. "Even when China and Japan had been forced to open their country to the Western nations, Korea was virtually unknown abroad," according to academics Uichol Kim and Young-Shin Park.

Korea did fall into foreign hands in the 20th century, and the ensuing wars only reinforced the North's isolation.

Japan annexed Korea in 1910. When the Japanese lost World War II, Korea was split into American- and Soviet-controlled territories, an arrangement that was intended to be temporary. But the U.S. and the Soviet Union never reached a permanent deal, and two separate governments emerged. Josef Stalin installed Kim Il Sung as North Korea's leader -- Kim went on to rule for over 50 years before being replaced by his son, Kim Jong Il, and later his grandson, current Supreme Leader Kim Jong Un. 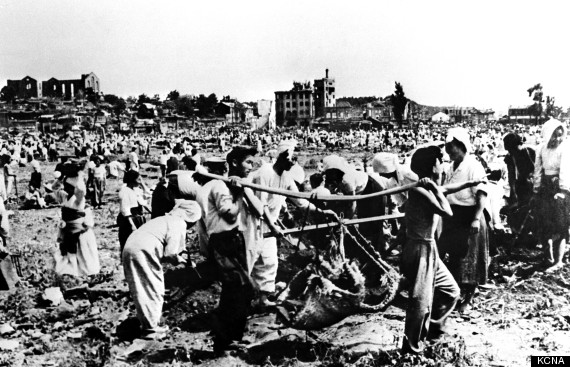 Residents of Pyongyang's Central District in 1953 after the end of the Korean War. (Korean Central News Agency)

Amid Cold War tensions and territorial disputes, North and South Korea went to war in 1950, backed by their respective allies. The Korean War was devastating -- American bombing raids flattened much of North Korea, with just one building left standing in the capital. The armistice that ended the conflict left the two nations technically still at war and in a constant state of tension.

The North felt vulnerable and surrounded, according to Charles Armstrong, the director of the Center for Korean Research at Columbia University. "North Korea is a society with a permanent siege mentality. It has lived under a constant threat of war since the 1950s," Armstrong writes.

As a result, Kim Il Sung developed a theory of self-reliance, or Juche in Korean, that remains the country's official ideology today. He laid out three principles: political independence, economic self-reliance and military autonomy. "This political stance has caused North Korea to truly become a hermit kingdom because of the huge stigma juche places upon cooperation with outside powers," writes Grace Lee for The Stanford Journal of East Asian Affairs. Juche was also used to justify the regime's continuing isolation from even fellow socialist states, as well as the personality cult of its leaders.

After China's rapprochement with the West, and, later, the collapse of the Soviet Union, North Korea stood more isolated than ever. Relations with South Korea and the West appeared to thaw in the late 1990s, only to fall apart again when George W. Bush included North Korea in the Axis of Evil in 2002 and Pyongyang expelled international nuclear inspectors. The following year, North Korea pulled out the Nuclear Non-Proliferation Treaty and revealed that it had nuclear weapons.

Will North Korea Ever Open Up?

With such little information available about what North Korea's leaders are thinking, predictions about the country's future are notoriously unreliable.

Andrei Lankov, a North Korea expert, says it is most likely that the regime will eventually collapse and the North will be absorbed into the South. North Korea defectors told NKNews earlier this year that increased market activity, the penetration of foreign information, and internal power struggles could end up destabilizing the regime, although their estimates of when it might collapse varied widely.

Lankov notes that there are other possible directions for North Korea: Beijing might intervene in the event of a crisis, leading to a pro-China regime, or the leadership could survive but try to pursue economic development.

In the meantime, it is unlikely that North Korea will soon be welcomed back into the international fold. The country has vowed to press ahead with its nuclear development, while multilateral talks to curb its weapons program have been on hold since 2009. 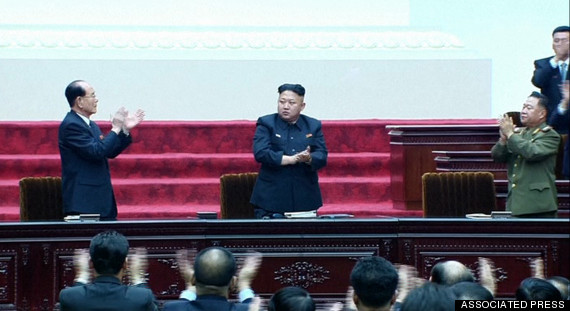 There have been some hopeful indications that Pyongyang might reconsider its isolationism, including increased dialogue with the South (despite continuing flare-ups at the border). Some see signs of a charm offensive with the West, while Japan and Russia have also spotted an opportunity to improve relations. China, North Korea's sole ally, is growing increasingly frustrated with Pyongyang's belligerence, raising the possibility that North Korea might lose some of Beijing's protection, which partially insulates the country from international pressure.

But a crucial sticking point remains, according to Choi Jin-Wook, senior North Korean researcher at Seoul's Korea Institute of National Unification. "They want to talk with the U.S., they want aid from the outside world, they want to break out of deadlock and stagnation - but without giving up nuclear weapons," Jin-Wook said.