One might understand U.S. gymnast Jordyn Wieber's heartbreak when she failed to qualify for the finals or commiserate with the angry tears of South Korean fencer Shin A-lam after a faulty clock dashed her dreams. But things could be a lot worse. What happens to North Korean athletes when they fail to bring home the gold?

ABC reported on Thursday that the state offers a carrot-and-stick approach to the Olympic Games; athletes can look forward to refrigerators, cars, and televisions when they win, and labor camp when they lose.

The rumors are unconfirmed, but ABC writes that "review meetings" after competitions often result in athletes' expulsion from their sports organizations and assigned time in labor camps. North Korean Olympians going up against rival countries like the U.S. and South Korea have even more cause for concern.

Yikes! North Korean labor camp isn't a nice place. Defectors have described abysmal conditions and horrors such as torture, executions, and starvation. Human Rights Watch estimates about 200,000 people could be held in such camps, where prisoners are often forced to do "difficult physical labor such as mining, logging, and agricultural work ... with rudimentary tools in dangerous and harsh conditions."

So far, North Korea's performance at the Olympics presumably has been satisfactory. The Wall Street Journal reports that North Korea has had its best Olympics since the 1992 Summer Games in Barcelona. Except for a hiccup before the opening games in which the women's soccer team refused to take the field when officials mixed up their flag with that of South Korea, things are going well. Weightlifter Om Yun Chul made headlines when he won gold by lifting three times his own body weight, and North Korea currently ranks eighth overall with one bronze and four gold medals.

Fans at home are watching. The WSJ reports that North Koreans are permitted five hours of Olympics coverage a day. That is, of course, for those who have televisions. Given the country's apparent inability to feed its own people, that luxury may be reserved for previous Games' luckier athletes. 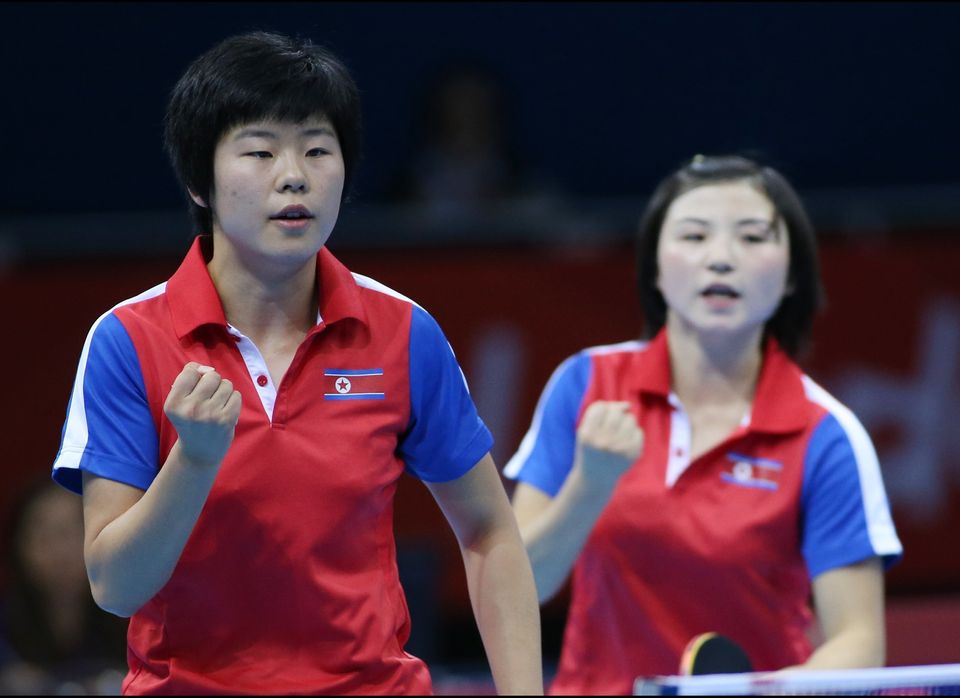