North Korea said on Friday the death of U.S. university student Otto Warmbier soon after his return home was a mystery and dismissed accusations that he had died because of torture and beating during his captivity as “groundless.”

The North’s foreign ministry spokesman also said in comments carried by the official KCNA agency that Warmbier was “a victim of the policy of strategic patience” of former U.S. President Barack Obama whose government never requested his release.

“The fact that Warmbier died suddenly in less than a week just after his return to the U.S. in his normal state of health indicators is a mystery to us as well,” the spokesman was quoted by KCNA as saying.

Warmbier, 22, was arrested in the reclusive country while visiting as a tourist. He was sentenced to 15 years of hard labor for trying to steal an item bearing a propaganda slogan from his hotel, North Korea state media said.

He was brought back to the United States last week with brain damage, in what doctors described as state of “unresponsive wakefulness”, and died on Monday.

U.S. doctors who had traveled to the North last week to evacuate him had recognized that the North had “provided him with medical treatment and brought him back alive whose heart was nearly stopped,” the unnamed ministry spokesman said.

“Although Warmbier was a criminal who committed a hostile act against the DPRK, we accepted the repeated requests of the present U.S. administration and, in consideration of his bad health, sent him back home on humanitarian grounds,” the spokesman said.

DPRK is short for the North’s official name, the Democratic People’s Republic of Korea.

The exact cause of Warmbier’s death remains unclear. Officials at the University of Cincinnati Medical Center, where he was treated after his return from the North, declined to provide details, and his family asked the Hamilton County Coroner on Tuesday not to perform an autopsy. 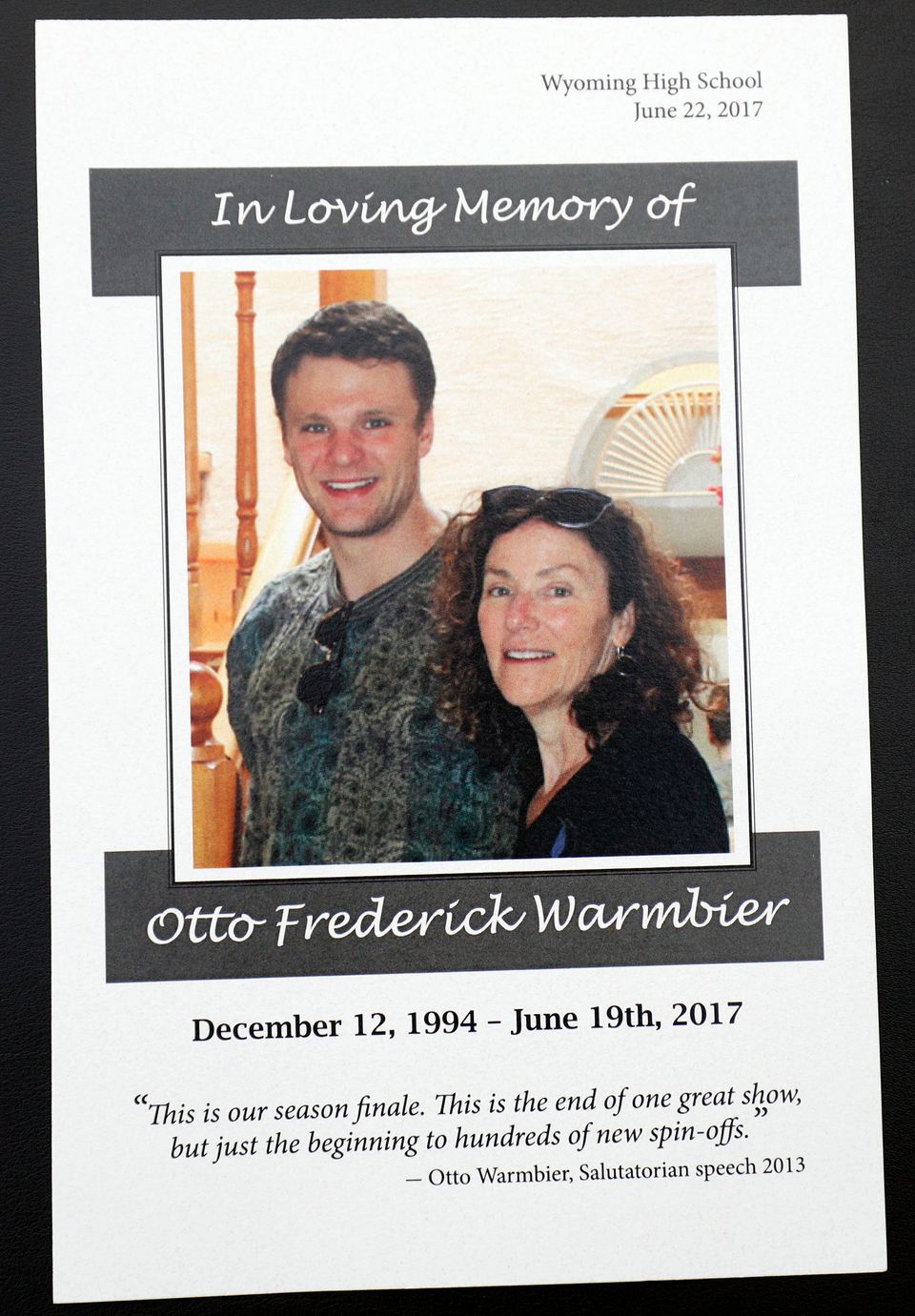 1 / 16
The memorial program for the funeral of Otto Warmbier that was held Thursday in his hometown of Wyoming, Ohio.
Bill Pugliano via Getty Images