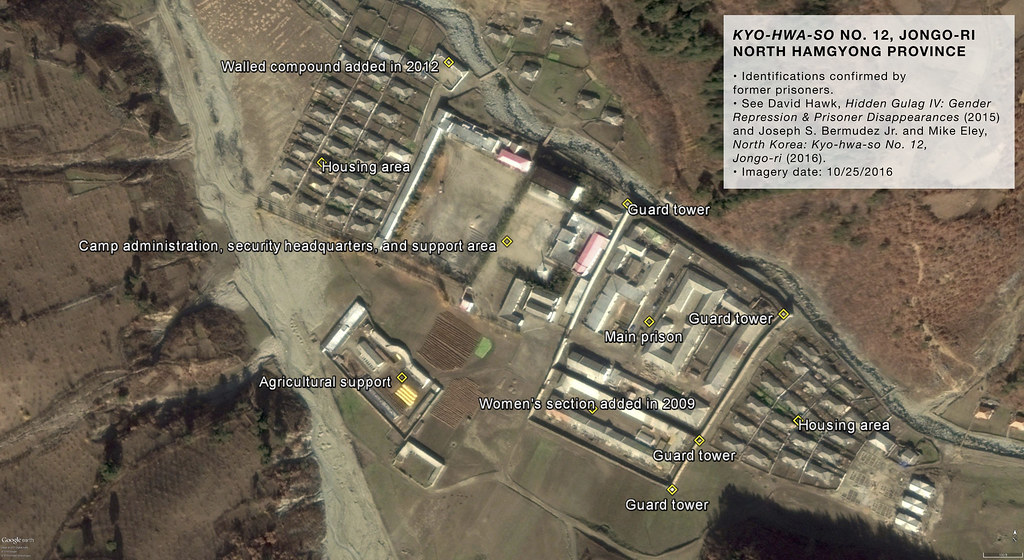 Pyongyang denies the existence of its political penal labor camps, known as kwan-li-so, and says prisoners in its long-term “re-education” penitentiaries, termed kyo-hwa-so and run by a police force known as the Ministry of People’s Security, are treated with “warm love and consideration.” 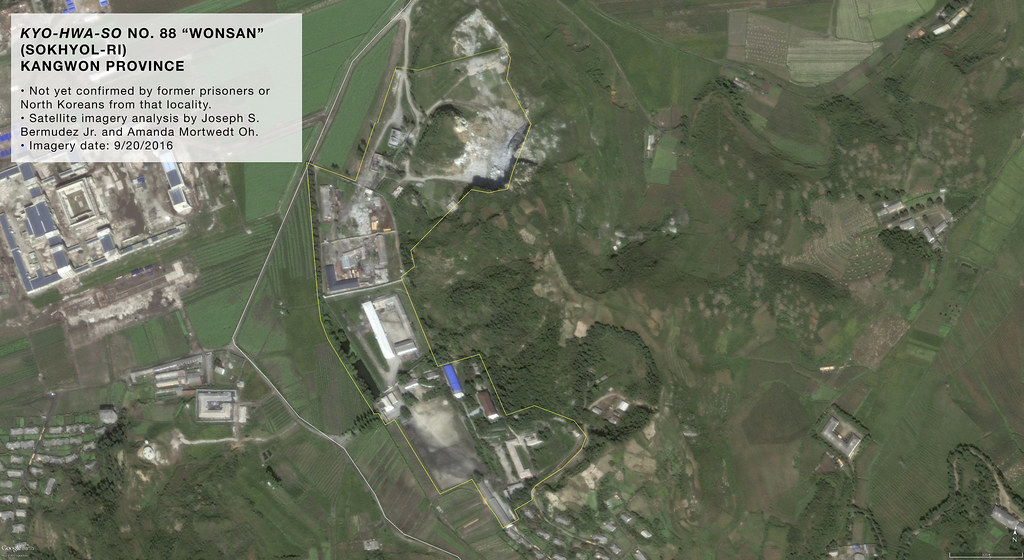 In stark contrast to such unfounded claims, humanitarian workers and investigators like Hawk detail horrific treatment, including “grossly inadequate food rations” that leave prisoners “in a persistent state of hunger and malnutrition.”

Kyo-hwa-so inmates are forced to do intensive and often dangerous manual labor, including farming, logging and mining. Coal and other minerals mined with shovels are either used domestically or exported to China, the report notes.

“The brutal and arduous labor, grossly inadequate diet, and lack of medicine lead to a dreadfully large number of deaths in detention,” Hawk wrote. 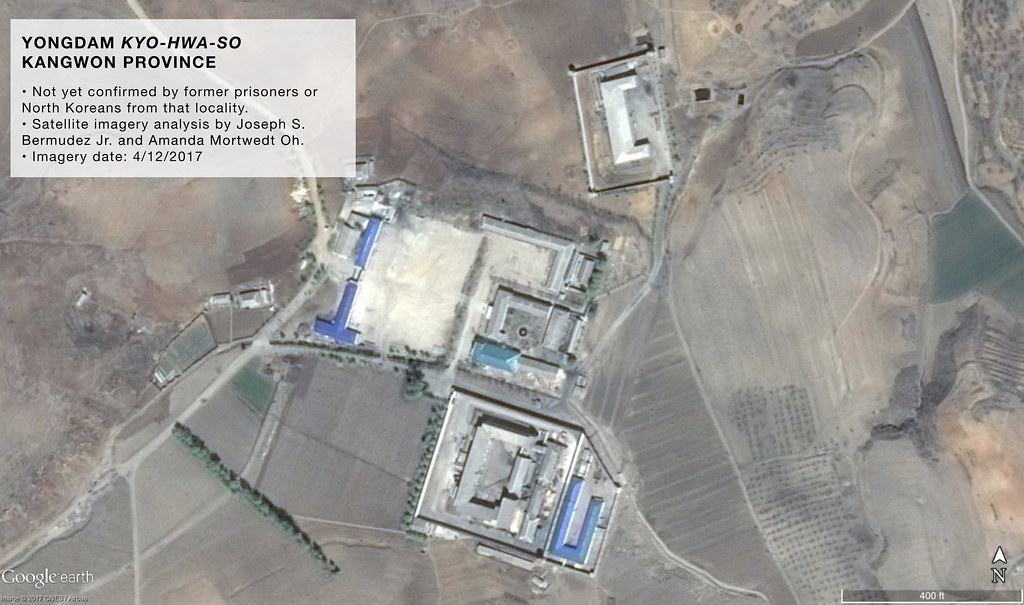 Former prisoners told HRNK that the majority of North Korean inmates are detained for “crimes that are not really crimes.”

In 2014, the United Nations Commission of Inquiry estimated that as many as 120,000 people were detained in North Korean political prison camps. An additional 70,000 were believed to be incarcerated at other detention facilities. 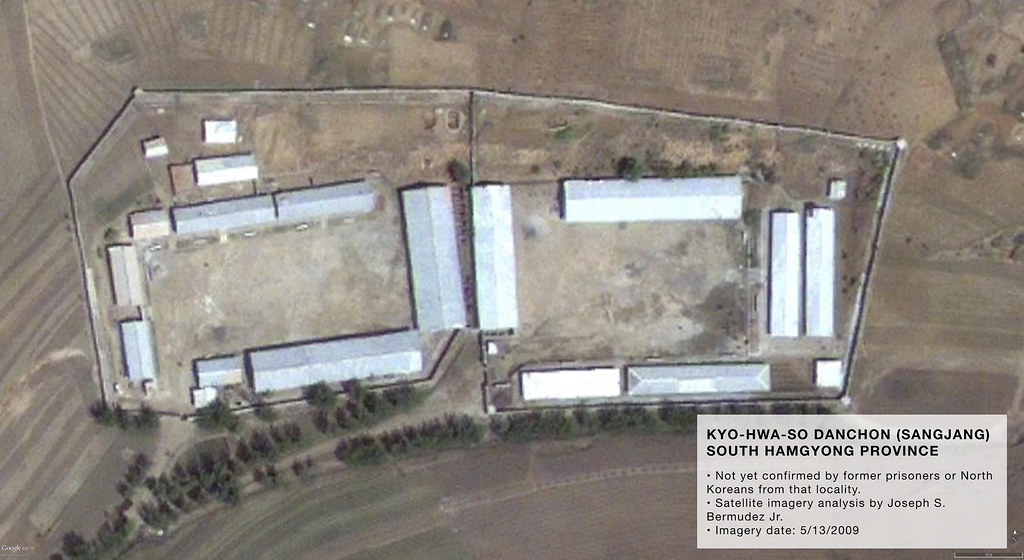 Suspected criminals are regularly held incommunicado and, during interrogation, “systematically degraded, intimidated and tortured, in an effort to subdue them and to extract a full confession,” according to the U.N. report. Many are also imprisoned without trial.

The U.N. accused North Korean authorities of committing crimes against humanity in political prison camps, including murder, enslavement, torture, rape and other forms of violence and persecution.

The United States sanctioned North Korea on Thursday for “flagrant abuses of human rights” by military and regime officials, including the use of forced labor. 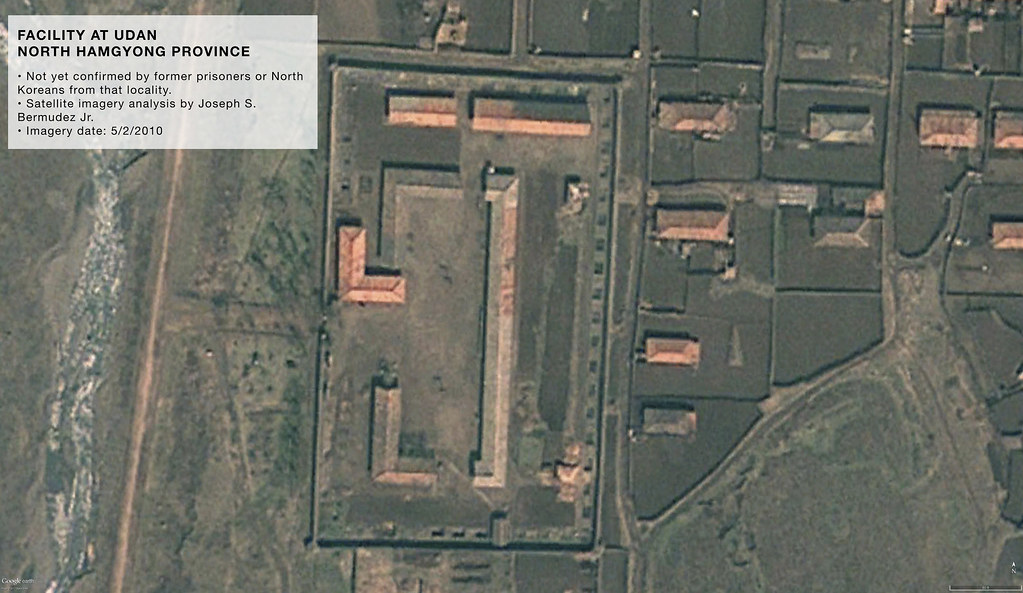 “We are especially concerned with the North Korean military, which operates as secret police, punishing all forms of dissent,” U.S. Treasury Secretary Steven Mnuchin said in a statement. President Donald Trump signed an executive order last month expanding economic sanctions against the country.

“Although these labor camps might be described as ‘ordinary prisons,’ there is nothing ‘ordinary’ in the treatment of those incarcerated there,” Kirby said, warning that “the grave danger [North Korea] presents derives from more than the weapons it has created.” 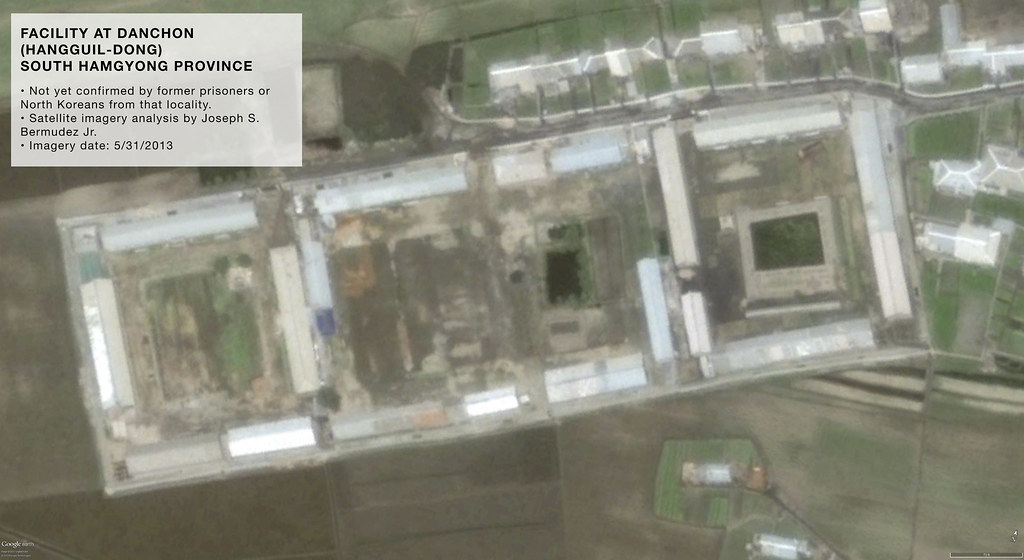 Pyongyang has been in the Western media spotlight in recent months as leader Kim Jong Un escalates threats of a nuclear attack against the U.S. But people tend to forget about the isolated nation’s humanitarian crisis, according to Greg Scarlatoiu, executive director of HRNK.

“Even as the world is transfixed by the slings and arrows surrounding vital nuclear weapons considerations, it is more important than ever to ensure that the fate of everyday North Koreans trapped in the unyielding gulag systems remains at the forefront of our efforts and the efforts of the international community,” Scarlatoiu said. “There is an undeniable nexus between North Korea’s human rights violations and the security threats it poses.”