By Jack Kim and Mayumi Negishi

SEOUL/TOKYO, Dec 12 (Reuters) - North Korea successfully launched a rocket on Wednesday, boosting the credentials of its new leader and stepping up the threat the isolated and impoverished state poses to its opponents.

The rocket, which North Korea says put a weather satellite into orbit, has been labelled by the United States, South Korea and Japan as a test of technology that could one day deliver a nuclear warhead capable of hitting targets as far as the continental United States.

"The satellite has entered the planned orbit," a North Korean television news-reader clad in traditional Korean garb triumphantly announced, after which the station played patriotic songs with the lyrics "Chosun (Korea) does what it says".

The rocket was launched just before 10 a.m. Korea time (0100 GMT), according to defence officials in South Korea and Japan, and easily surpassed a failed April launch that flew for less than two minutes.

The North American Aerospace Defense Command (NORAD) said that it "deployed an object that appeared to achieve orbit", the first time an independent body has verified North Korean claims.

North Korea followed what it said was a similar successful launch in 2009 with a nuclear test that prompted the United Nations Security Council to stiffen sanctions that it originally imposed in 2006 after the North's first nuclear test.

The state is banned from developing nuclear and missile-related technology under U.N. resolutions, although Kim Jong-un, the youthful head of state who took power a year ago, is believed to have continued the state's "military first" programmes put into place by his deceased father Kim Jong-il.

Washington condemned Wednesday's launch as a "provocative action" and breach of U.N. rules, while Japan's U.N. envoy called for a Security Council meeting. However, diplomats say further tough sanctions are unlikely to be agreed at the body as China, the North's only major ally, will opppose them.

"The international community must work in a concerted fashion to send North Korea a clear message that its violations of United Nations Security Council resolutions have consequences," the White House said in a statement.

Japan's likely next prime minister, Shinzo Abe, who is leading in opinion polls ahead of an election on Dec. 16 and who is known as a North Korea hawk, called on the United Nations to adopt a resolution "strongly criticising" Pyongyang.

There was no immediate official reaction from the Chinese government, which is North Korea's only major ally.

China had expressed "deep concern" over the launch which was announced a day after a top politburo member, representing new Chinese leader Xi Xinping, met Kim Jong-un in Pyongyang.

On Wednesday, China's state news agency Xinhua said North Korea had the "right to conduct peaceful exploration of outer space" but also called on it to abide by U.N. resolutions.

"China has been the stumbling block to firmer U.N. action and we'll have to see if the new leadership is any different than its predecessors," Bruce Klingner, a Korea expert at the Heritage Foundation, a U.S. thinktank told a conference call.

A senior adviser to South Korea's president said last week it was unlikely there would be action from the U.N. and that Seoul would expect its allies to tighten sanctions unilaterally.

Kim Jong-un, believed to be 29 years old, took office after his father died on Dec. 17 last year and experts believe that Wednesday's launch was intended to commemorate the first anniversary of the death.

The April launch was timed for the centennial of the birth of Kim Il Sung, the founder of North Korea and the grandfather of its current ruler.

Wednesday's success puts the North ahead of the South which has not managed to get a rocket off the ground.

"This is a considerable boost in establishing the rule of Kim Jong-un," said Cho Min, an expert at the Korea Institute of National Unification.

There have been few indications the secretive and impoverished state, where the United Nations estimates a third of the population is malnourished, has made any advances in opening up economically over the past year.

North Korea remains reliant on minerals exports to China and remittances from tens of thousands of its people working on labour projects overseas.

The 22 million population often needs handouts from defectors who have escaped to South Korea in order to afford basic medicines.

Given the puny size of its economy - per capita income is less than $2,000 a year - one of the few ways the North can attract world attention is by emphasising its military threat.

Pyongyang wants the United States to resume aid and to recognise it diplomatically, although the April launch scuppered a planned food deal.

It is believed to be some years away from developing a functioning nuclear warhead although it may have enough plutonium for around half a dozen nuclear bombs, according to nuclear experts.

The North has also been enriching uranium which would give it a second path to nuclear weapons as it sits on vast natural uranium reserves.

"A successful launch puts North Korea closer to the capability to deploy a weaponised missile," said Denny Roy a senior fellow at the East-West Center in Hawaii.

"But this would still require fitting a weapon to the missile and ensuring a reasonable degree of accuracy. The North Koreans probably do not yet have a nuclear weapon small enough for a missile to carry."

Pyongyang says that its development is part of a civil nuclear programme, but has also boasted of it being a "nuclear weapons power". 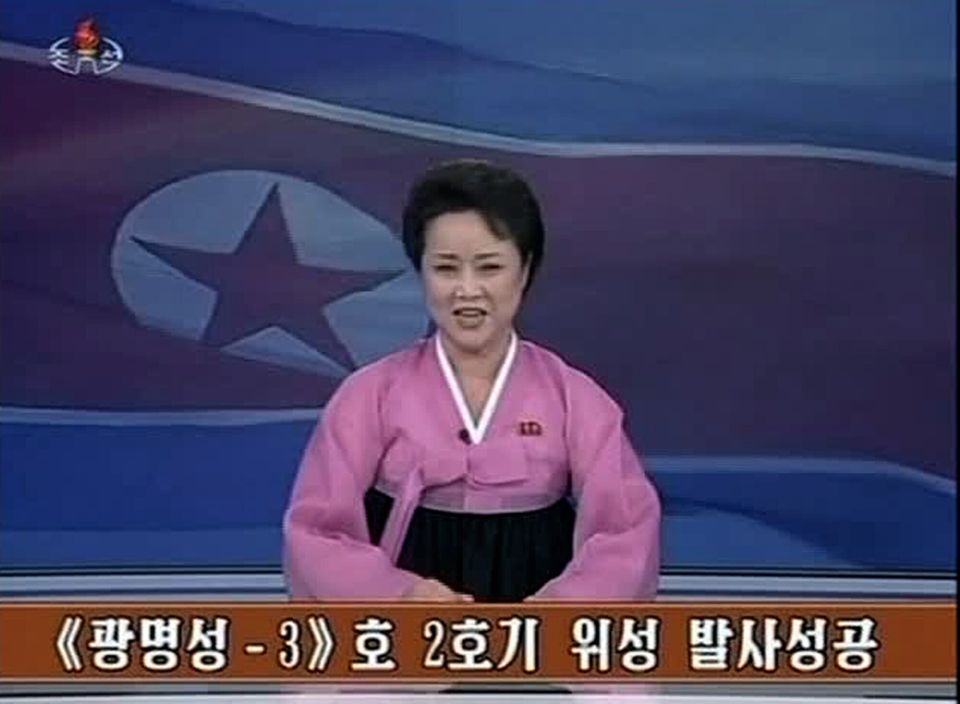