Although the North Korean soccer team stayed home this year, the isolated nation is still celebrating the 2014 World Cup in Brazil along with the rest of the world ... in its own way.

On Wednesday, the Hermit Kingdom presented a new series of stamps celebrating the sports fest. The photos appear to show the World Cup trophy as well as several soccer players in different jerseys kicking and fighting to keep control of the ball.

"A stamp with a picture of (a) kicking football player was centered in the sheet carrying a football and the World Cup," North Korean state media KCNA detailed, according to Agence France Presse. 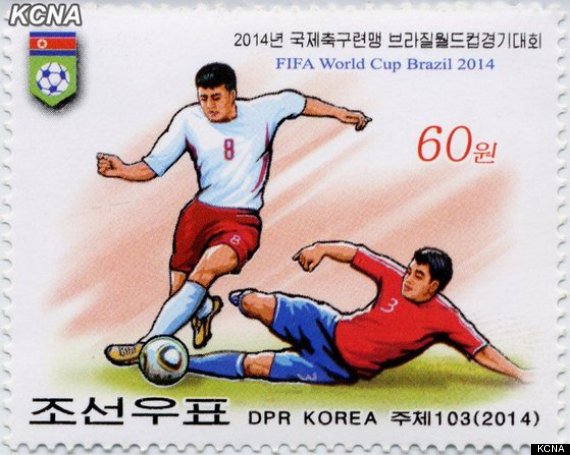 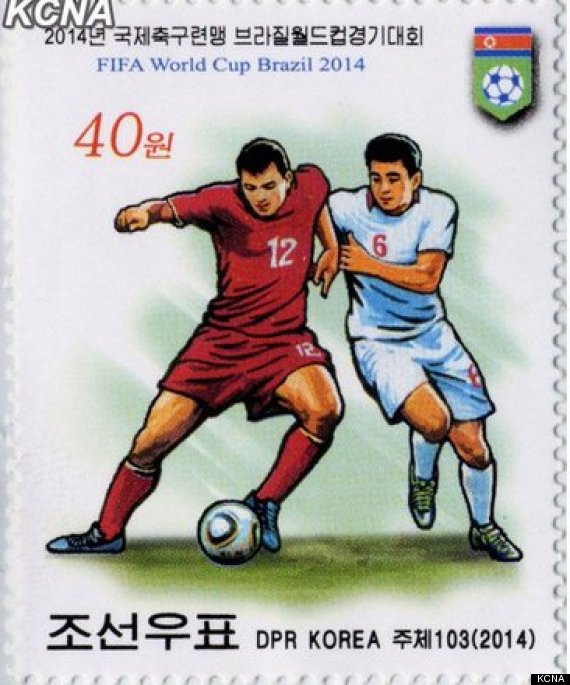 According to the website KCNA Watch, the announcement also included a stamp marking the 120th anniversary of the founding of the International Olympic Committee.

In fact, it appears North Korea has been on a roll when it comes to stamps in recent days. 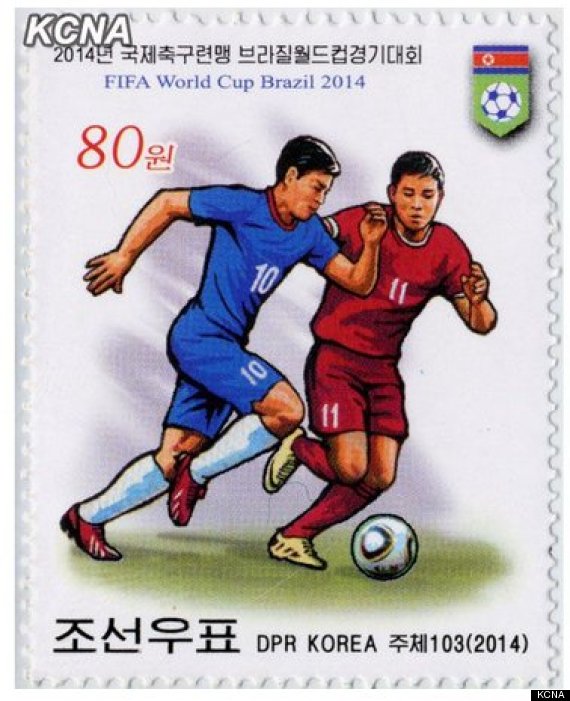 Despite its isolation, Pyongyang is no stranger to the quadrennial soccer tournament. The country's national team participated in the 2010 World Cup in South Africa. And this year, North Koreans have been following the games on national television, although with a small delay. Reports emerged that Korean Central Television aired a taped version of this Saturday's match between Italy and England on Monday. The footage appeared to have been taken from a South Korean broadcaster.