Was it a unicorn or something even more bizarre?

In a bizarre twist to the earlier claim that archeologists had found a secret unicorn lair in North Korea, new reports claim that the liar may not have been the stomping grounds of the legendary animal after all. Instead, the fabled resting place, located in Pyongyang, may have belonged to this mythical mishmash of a beast: 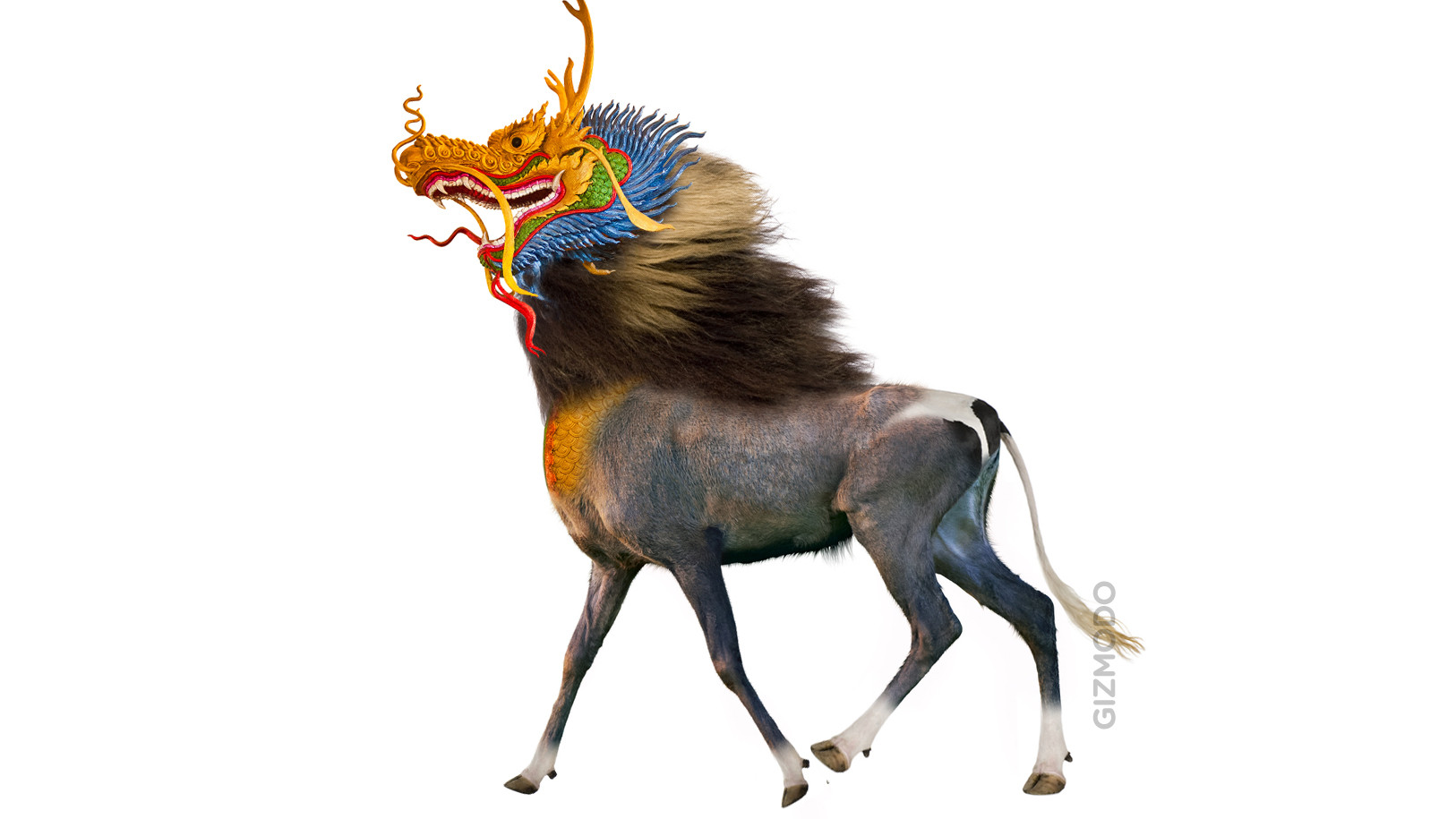 Citing a report on the International Business Times, Gizmodo's Jesus Diaz, who put the composite image of the strange animal together, writes:

[T]he magic unicorn was based on a "mistranslation" of the original study. The reality is that the unicorn lair was actually the nest of a "beast with a dragon's head, a deer's body, the tail of a cow, hooves and a mane."

I put together the illustration above so you can clearly picture this amazing beast. It's definitely not a unicorn.

The "magical" animal hideaway made headlines last month when a North Korean state news agency reported the bizarre news that archaeologists had found "the lair of a unicorn once ridden by an ancient Korean king."

According to an earlier Huffington Post report, Korean Central News Agency claimed that the "lair of the mythical creature is located 200 meters (about 219 yards) from the Yongmyong Temple in Pyongyang. A rock that sits in front of the lair contains carvings that some believe date back to the period of the Koryo Kingdom (918-1392)."

However, experts have since asserted that a mistranslation of the original Korean had likely led to the misuse of the word "unicorn" to describe the lair's former occupant.

Sixiang Wang, a Korean scholar, explained to i09 that "Kiringul," the name archeologists used to describe the lair, has nothing to do with unicorns.

James Grayson, emeritus professor of Korean studies at Sheffield University, told the Guardian that the confusion had centered on the translation of the word kirin or qilin, which he describes as "a four-legged beast with a dragon's head." Sukyeon Cho, a colleague of Grayson's, added that kirins have "the body of a deer, the tail of a cow, hooves and a mane, as well as a horn jutting out from the top of their heads."