Kim Kardashian shared a photo of her daughter from the debut of West's Adidas collaboration at New York Fashion Week Thursday. In the photo, the 1-year-old wears a top designed by her famous father.

"Look at my little cutie!!! #DaddysMuse #BabyYeezyBulletProofVest," Kardashian, who wore a camouflage jacket and a bodysuit to the event, wrote on Instagram Monday:

At least one of the models also wore the vest in West's show: 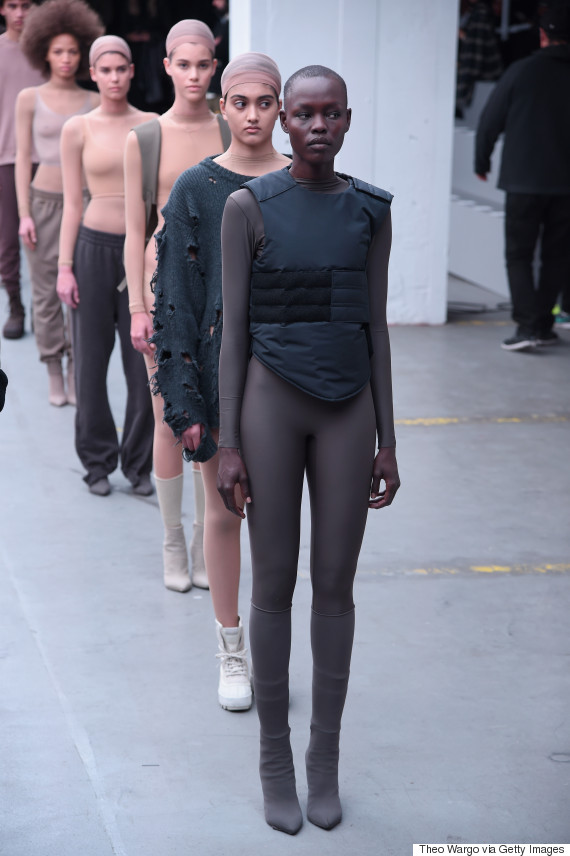 West's collection for Adidas includes sneakers and athletic clothing. His intent for the line was to bring integrity to design on a mass scale.

"Adidas is the perfect place to be," he told Style.com. "If someone was to say, 'Hey, do you want to go to a high-end house now?' I’d absolutely say no. I’m not trying to [sound] presumptuous, I’m just saying that if in my wildest dreams I was presented with the opportunity, I would absolutely say no at this point. Because I’m only concerned with making beautiful products available to as many people as possible … The least I could do is spend my time trying to give other people a piece of the so-called good life. Everyone should have the good life."

The Huffington Post has reached out to Adidas to see if Yeezy's vest is actually bulletproof.