Kanye West made a rare interview appearance on girlfriend Kim Kardashian's mother's talk show on Friday, and he gave the world its first look at the couple's 2-month-old daughter, North West.

Ever since the pair welcomed little North into the world, the couple has been careful to keep her hidden from public view. Following reports that Kimye decided to forgo multimillion dollar paydays from tabloids in favor of a tasteful spread in a fancy magazine, or their own social media accounts, it seems the couple decided they would come to the rescue of Jenner's failing talk show and debut their daughter on daytime TV.

As for West's appearance itself, the rapper was uncharacteristically calm, and was quite candid about his relationship with Kardashian:

The 36-year-old rapper said it was "love at first sight" and called the reality star his "joy." West also revealed that his new family has really changed his entire world and view on life:

West also opened up about his new role as a father, telling Jenner:

"What I think about as a dad is just protection. That's my instinct."

West also admitted that he's not too adept when it comes to installing the car seat and he can just imagine the day the paparazzi are swarming him as he struggles to get North's car seat in the car, and it being splashed all over the news, all the while he's supposed to be this "genius." 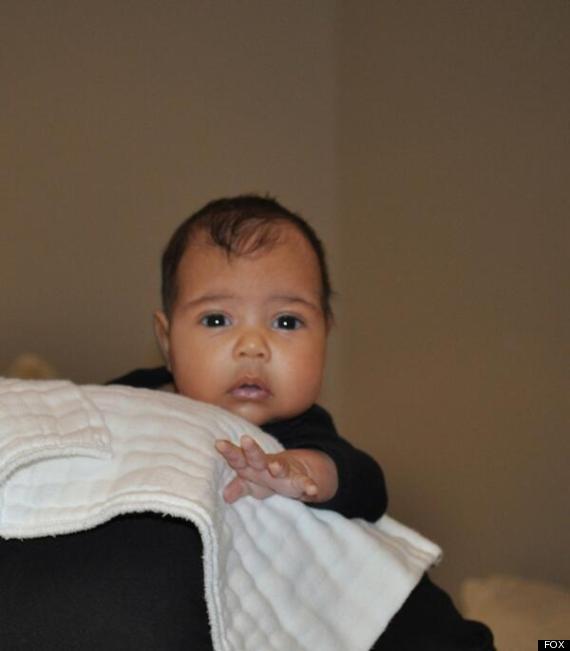