Predictably, the huge blizzard that struck the Northeast dominated many front pages in Saturday's newspapers.

But it was one image -- of a Boston woman trying hard to stave off the snow -- that appeared to have made the most impact on editors around the country. The picture, which Poynter said was taken by Reuters photographer Brian Snyder, showed up on the front pages of at least six newspapers, from the New York Times to the Washington Post to the Orlando Sentinel. This is not something editors love to see happening -- the Times may have been especially irked to see the New York Post using the exact same picture on its cover, for instance -- but sometimes, it seems, there is wide agreement about what picture perfectly captures an event.

Below, see how newspapers around the country covered the storm. 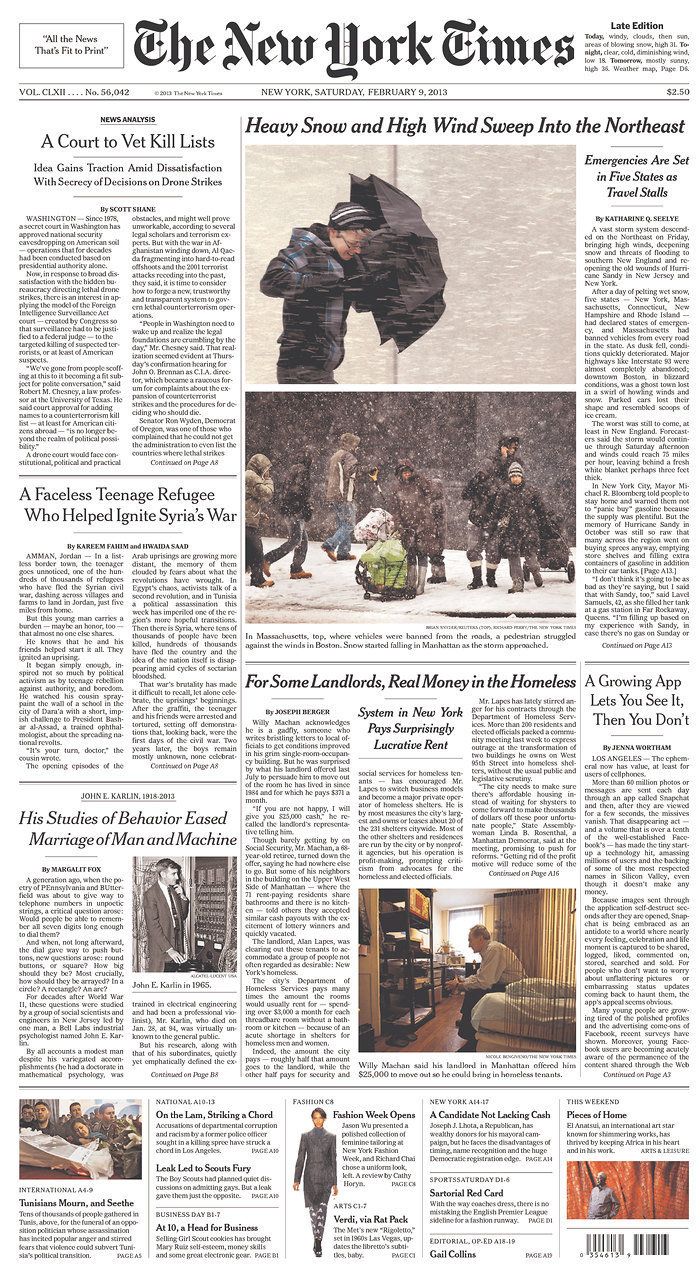