A system of strong storms is headed straight for the northeastern United States, prompting a National Weather Service alert for a tornado watch for a wide area until 8 p.m. Eastern Time tonight.

The tornado watch extends from New Jersey to Maine, and it includes the cities of New York, Philadelphia, Boston, as well as Newark, Hartford and Providence.

Here is the alert from the National Weather Service (scroll down for a map of the tornado watch):

EFFECTIVE THIS WEDNESDAY AFTERNOON AND EVENING FROM 100 PM UNTIL
800 PM EDT.

TORNADOES...HAIL TO 2 INCHES IN DIAMETER...THUNDERSTORM WIND
GUSTS TO 70 MPH...AND DANGEROUS LIGHTNING ARE POSSIBLE IN THESE
AREAS.

The last few months have seen a high level of tornado activity. It's already been the deadliest year for tornadoes since 1950. There were more than 600 confirmed tornadoes in April alone. 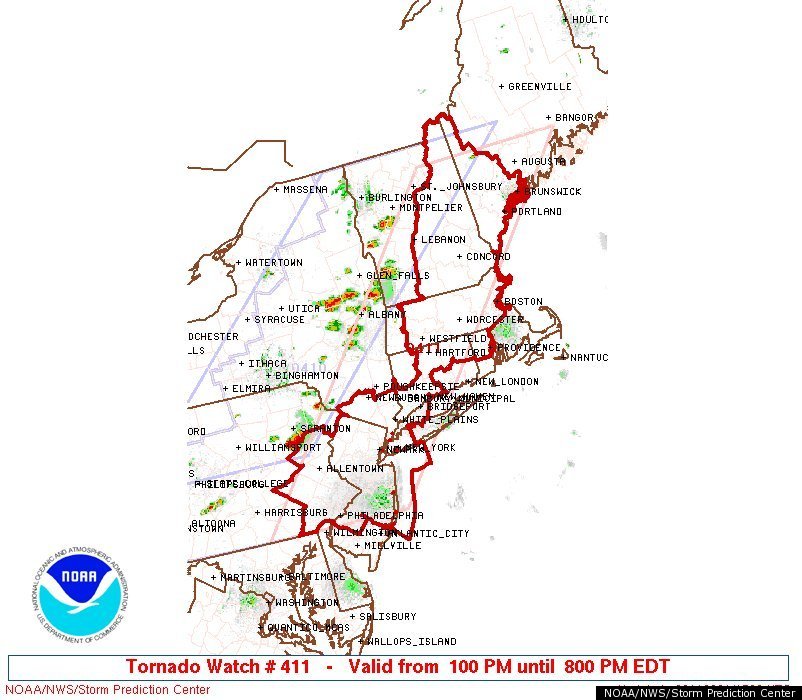 More on the unusual weather this year: