The following was originally published on Kevin Walsh's blog MyMediaDiary.com.

D-Day was just three months away for him, but my dad's Uncle Walt was instead worrying about the folks back home, specifically his sister Laura and her husband. 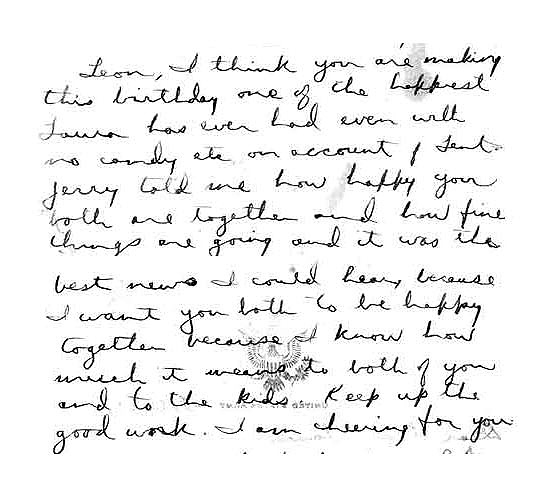 I didn't know my grandparents had a rocky marriage, or that they were even separated, until I'd read this folded letter in my grandma's shoebox.

Sixty years later, I attended the funeral of Walt and Laura's youngest brother Jerry in Florida, I had a chance to give the letter to Walt's children, whom I had never met. Walt had died thirty-four years earlier and they had never seen their father's handwriting from a young hand -- smooth, and confident. They had only known their father's shaky hand. 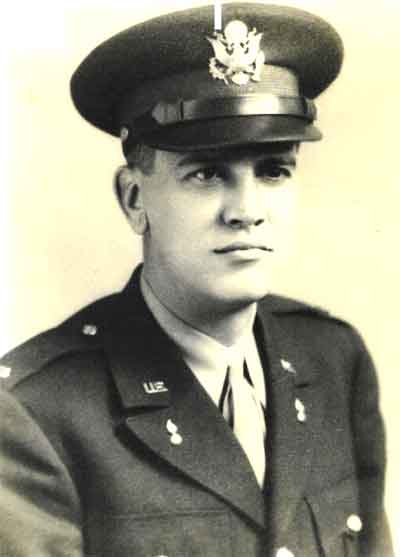 When they had held the letter and seen the writing, the tears began.

The afternoon of my own father's death sixteen years ago -- before I could accept that he had left me completely, I needed to sense him alive again. From his clothing still hanging in the closet I was able to inhale some last living part of him. It did more than the photographs we were to assemble for the collage at the funeral home.

And after the funeral, we all drove to my parents' property in northern Michigan. After ten summers, the place was suddenly haunted by difficult, ordinary scenes I knew I had to face. 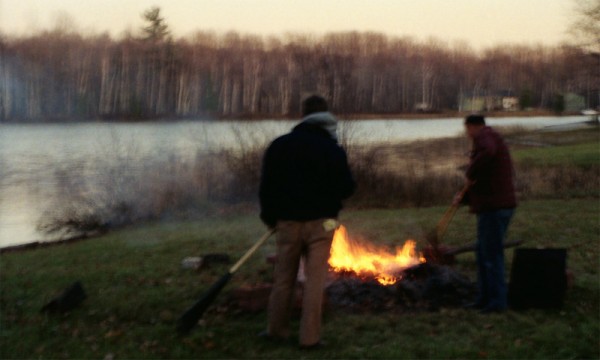 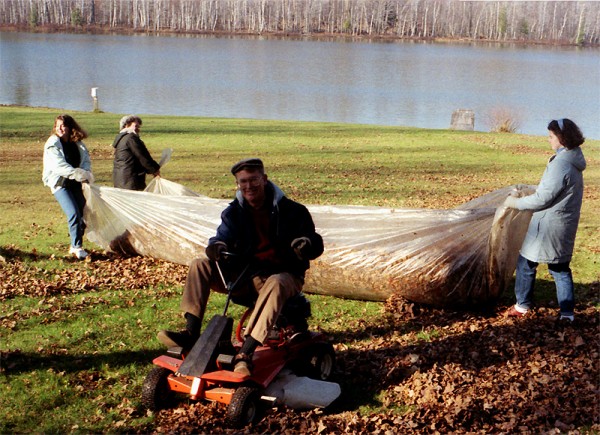 The chore, suddenly nostalgia, of raking (or mowing) leaves. 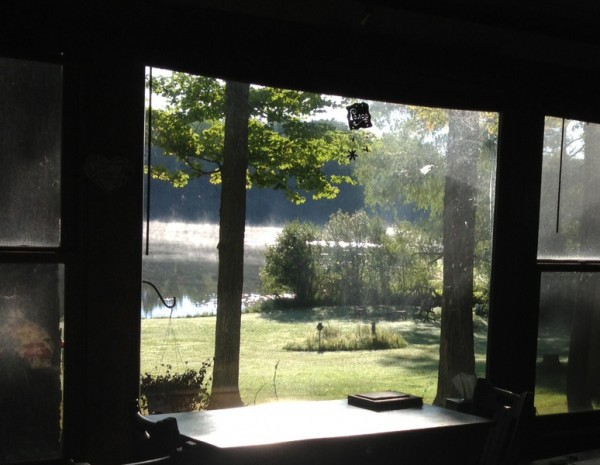 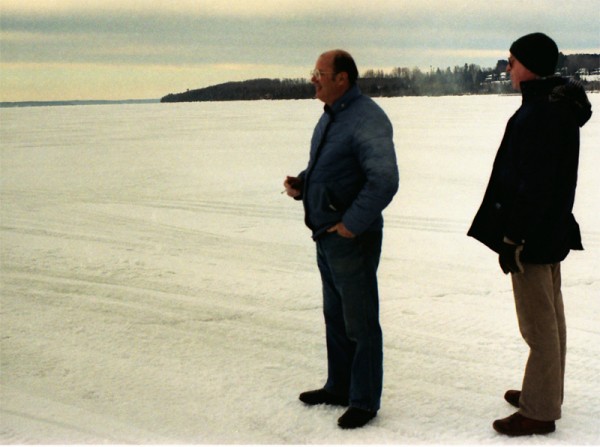 One by one, these places were addressed head-on by all of us that weekend and after a few years they became less painful as the sharp edges wore down into fond nostalgia.

But I knew the toughest place I needed to go was was the first in our series of journals in which we (or our poor guests) grudgingly chronicle the events of the visit. 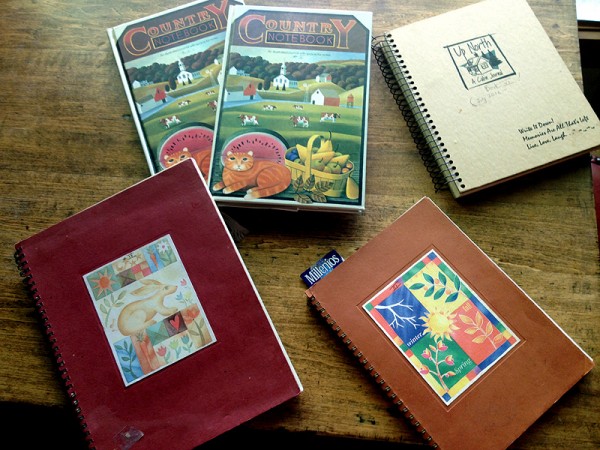 I had to flip back for nearly a year. My dad was usually packing the car or putting away things outside when somebody else would quickly jot down the happenings. But I finally found his familiar hand -- and I can still feel that tightening of my chest when I first saw it -- an entry so ordinary I probably never read it. 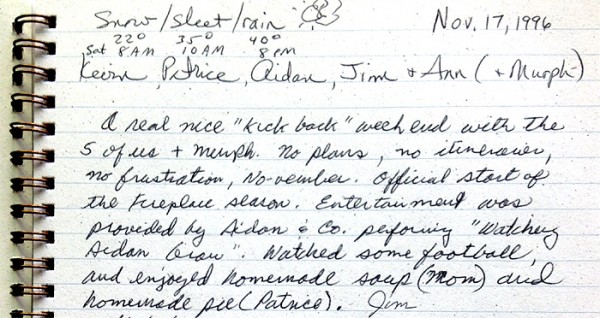 There was his great mix of cursive, capitals and puns. My son, now in his senior year and driving himself to school, was just sixteen months old -- my daughter still on her way. Murphy the dog was only six at the time.

I had to move my hand across the page, knowing that my dad had done the same. Perhaps the sense of touch, after smell, has the next longest memory.

I then flipped forward in the journal to discover when his last trip up had been, less than three weeks before the accident, as my sister Maureen describes... 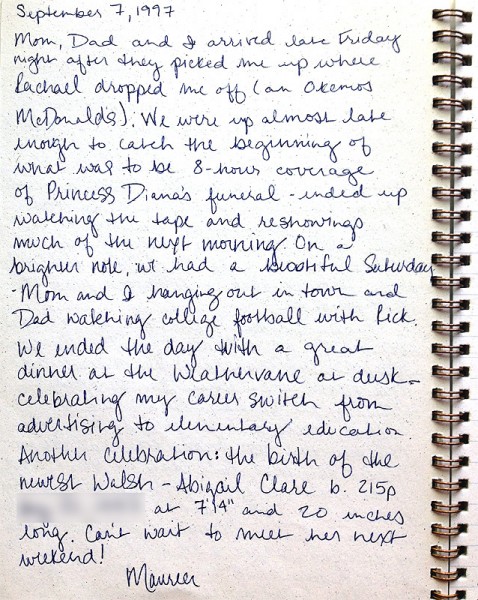 Since that journal-hunt, I've felt an obligation to chronicle even the minor events, not knowing what will be major events later -- even if it is homemade soup or watching football with Rick -- who would also pass suddenly seven years later.

My dad was introduced to golf by Rick and his family at a great local Boyne City course... 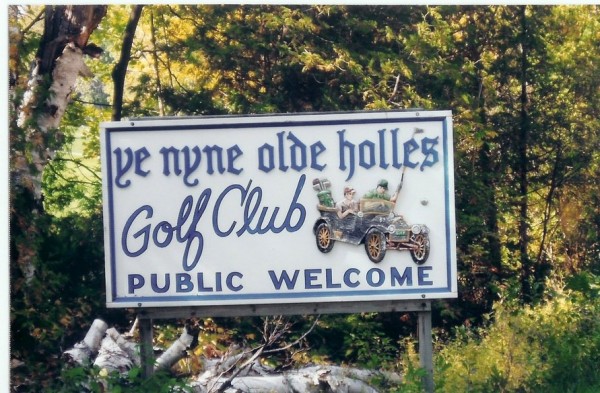 And if there's ever a large chunk of grass to invoke memories for me, it's this place. Every hole brings back Rick, Rick's dad "Oley" or my dad -- whether it was the closest I've ever been to a hole-in-one, or an incredibly bad tee shot that ricocheted off a tree and returned closer to my tee than the almost-hole-in-one. I can still hear Rick and my dad chuckling about that shot for the next five years, every time we got to Number Five.

But since Ye Nyne was across the ferry, it was always good to make reservations so you didn't waste the fare. And in this Rolodex card we still keep, my memories of the course begin with his writing... 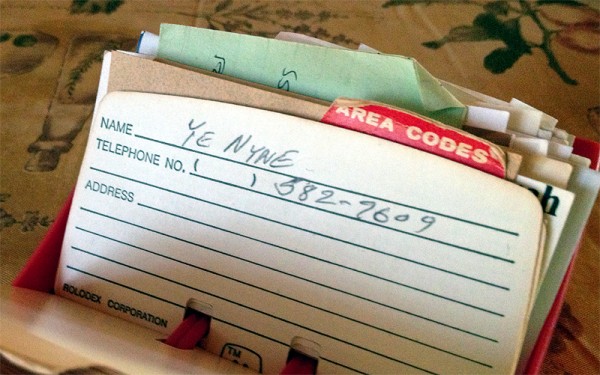 The cottage is full of objects that I'd probably not keep if it weren't for my dad's writing. I'm not sure the last time we popped these tapes in the machine (if that still works)... 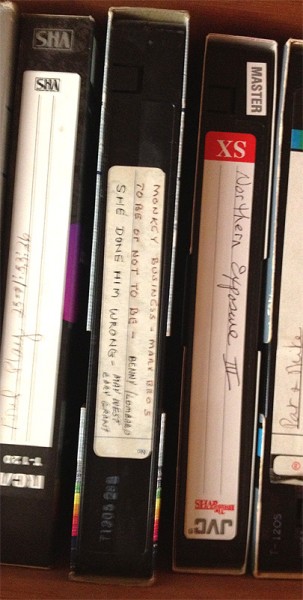 There, beside my mom's familiar script for Northern Exposure, are three films shoved onto one two-hour tape at the grainy XLP setting.

Or if you look in the closet of the spare room, not only will you find terrible wallpaper and a rusty fusebox, you'll also see some lovely yellowed masking tape. 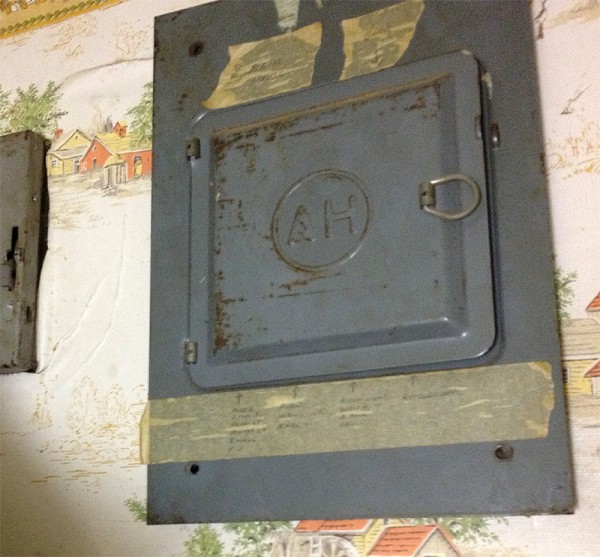 And since the renovation in 2000, the labeling is certainly not accurate.

Jim Walsh wasn't the most organized handyman. Generally, his toolbox was a butter knife, which we'd find rusty in the grass after the spring thaw -- left over from a failed lawnmower tuneup. So I know he'd be happy I kept this bit of categorization -- current or not (pun intended, Dad). 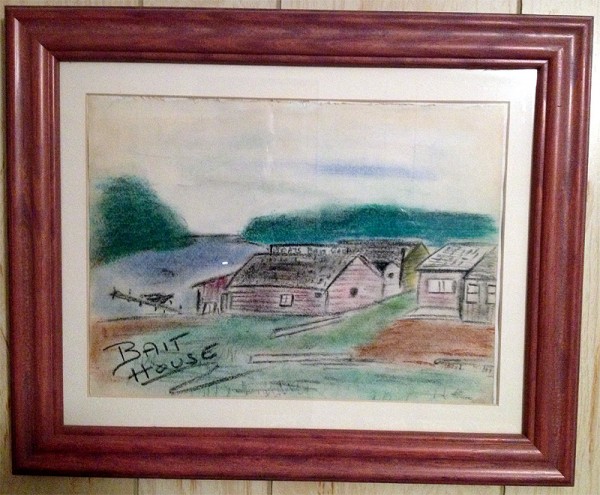 For twenty-five years before my parents bought the place in 1988, we rented a cottage just down the road from Rick's family cottage in Ironton. One summer, we all picked up art supplies and my dad did some sketches from the front porch. The Christmas before he died, I surprised (and embarrassed him, I suspect) by finally framing some of his pastel works.

And, like those miscellaneous bits and pieces in the journal, what I see first before the bait house, is instead... 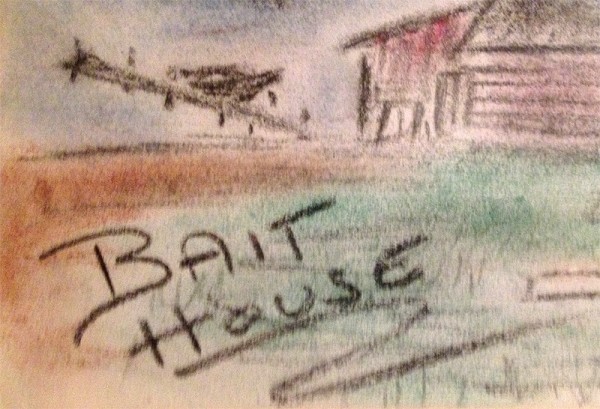 ... with that fun little side of Jim that made the "B" and the "H" and the flair underneath -- all capturing a lazy vacation day of "PIBE, baby, PIBE," as he liked to say: "Play It By Ear." 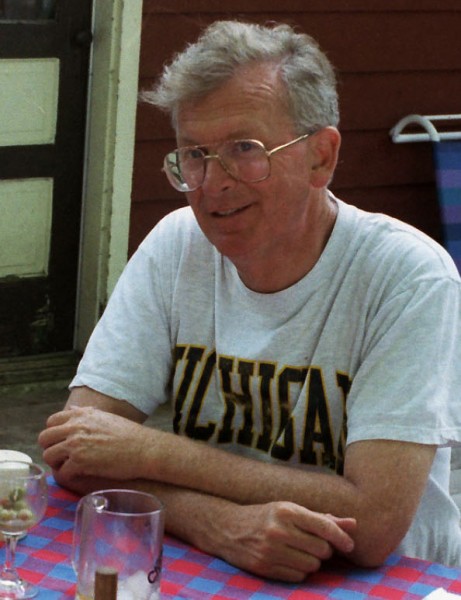 If it weren't for that journal, like their cell phone numbers, I probably wouldn't know my own kids' handwriting. With so many better technological options than getting a hand-cramp from a pen, that journal is a wonderful inconvenience as we too rush to pack the car and hurry home on a Sunday to some forgettable important Monday.