Northwestern University students made a record-breaking donation to the Andrew McDonough B+ Foundation after months of fundraising that culminated in a 30-hour dance marathon.

Student leaders revealed the $1,107,670 fundraising total at the end of the weekend-long event. Of that money, $717,770.29 was donated primarily to the B+ Foundation, which offers financial assistance to families of kids battling cancer, and helps fund research into strains of the disease that specifically affect children.

The remaining funds will be donated to the Evanston Community Foundation.

More than 900 students danced for 30 hours straight at the annual event this year, which was organized by a team of about 300 student committee members, according to a release from the group.

The student group that runs the annual event, NUDM, was named the Most Influential College Organization in September 2011 at the Classy Awards in California. The event was recently honored by Gov. Pat Quinn, who named the March 2-4, 2012 weekend "Northwestern University Dance Marathon Weekend" for the state of Illinois earlier this year.

Now in its 38th year, the event has raised more than $13 million for the national charities selected as beneficiaries each year, and is one of the largest student-run philanthropies in the country.

"There is a lot of focus on the impressive final total that was revealed, but for every dollar raised, the impact on the number of lives we touch is tenfold,â�� said Joe McDonough, founder and president of The B+ Foundation, according to a release from NUDM. "It's impossible to quantify the incredible impact of Dance Marathon because it goes so far beyond dollars and cents."

Check out photos of the event by Justin Barbin/NUDM and Alex Zhu/North by Northwestern. 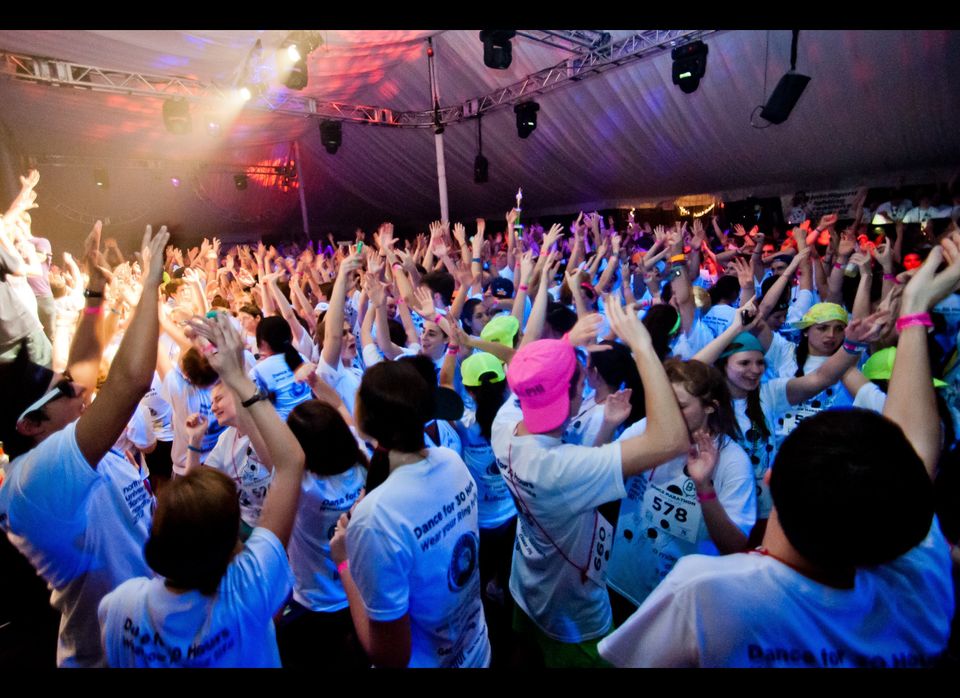