The recent hurricane left death and destruction in its wake across the Eastern seaboard, reminding us that climate change is horrifically real, and reminding us just how fragile our infrastructure actually is. Sandy's true toll may not actually be known for weeks or months, but the independent music community was saddened to learn that the storm leveled unbelievable loss to the Red Hook warehouse of Norton Records, destroying most of their catalog stock. Labels, CD's, 45s, picture sleeves, CD booklets, record labels, plus their entire backlog of Kicks Books (the independent publishing arm that Miriam started three years ago) stock was destroyed.

Norton was formed in 1986 by Billy Miller and Miriam Linna, and quickly became the home of wonderful, wild, raw, seething rock 'n' roll, R&B and rockabilly. I first became aware of them through the long-gone Village fanzine store See Hear! where I regularly made pilgrimages in the early '80s to buy Kicks Magazine and Bad Seed. Kicks' 1984 Misson Statement read: "We don't deal in ROCK MUSIC here at KICKS. If you're a fan of David Bowie or Devo, take this magazine back to the store. You've obviously bought the wrong thing. To me, rock music means asshole Roger Daltry swingin' a microphone around his head while leagues of stoned-out squares gaze in wide-eyed ecstasy waiting for MTV or Lisa Robinson to tell 'em where they ought to take their zombie butts to next...WHENEVER YOU BUY A RECORD BY DURAN DURAN YOU ARE SPITTING ON THE GRAVE OF EDDIE COCHRAN! It's a big sham and you are the sucker. Do kids get in front of a mirror and pretend they're Spandau Ballet? You tell, me Jack."

Exactly a year ago Norton celebrated their 25th anniversary with a spectacular series of sold-out shows at Brooklyn's Bell House. Their undisputed passion for the obscure and glorious music of the past will never change, but sadly their warehouse stock really took a pounding from the tidal flood waters of that bitch, Sandy.

For the first time in Norton's history, we are asking for your help. It has been entirely against our policy and nature to ask anyone for anything, in the entire history of our magazine and label. It hurts us to even suggest that any of you who have supported the label and our artists by purchasing Norton records over the years, to support us over and above with a donation,

stated Miriam on their blog. 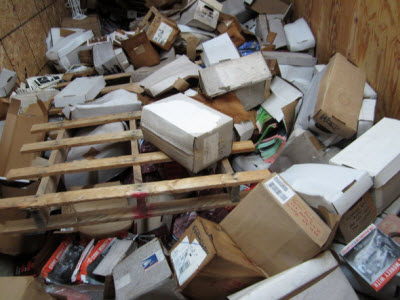 If you can get to their Prospect Heights office in Brooklyn, email them with the subject line "VOLUNTEER" to nortonrec@aol.com or call the office line at 718-789-4438. Time is of the essence right now, to save as much of these priceless treasures as possible. If you can't get there in person, they have a paypal account set up where you can donate money to help with the clean-up. Help the Loud Sound Rebound!