After weeks of news of hatred around the world against Jews and Muslims, Norwegians have shown humanity what it truly means to love your neighbor.

On Saturday, hundreds gathered around the Central Jamaat-E Ahl-E Sunnat mosque in Oslo to participant in and support a human peace ring, an effort to show solidarity and respect for their Muslim brothers and sisters. The event was a symbolic "thank you" to Muslims, many of whom had formed formed a popular "peace circle" around an Oslo synagogue last weekend.

On the Facebook page for the event, organizers had said they wanted the ring to be read as support of peace, tolerance and respect for Muslims, who they called "a vulnerable minority in Norwegian society," HuffPost's Ryan Grenoble reported when the event was announced.

"We want to stand shoulder to shoulder with our Muslim fellow citizens to show disgust towards increasing Muslim hate and xenophobia in society. In this time of fear and polarization we feel it is more important than ever to stand together and show solidarity. We believe in and will highlight [the] human will to live together in peace and in [respect] for each other regardless of religion [and] ethnicity," the call for participants read.

The original chain that Muslims formed around an Oslo synagogue took place on Saturday, February 21. It came days after a brutal attack on a free speech event and a synagogue in Copenhagen, Denmark.

"Humanity is one and we are here to demonstrate that," Zeeshan Abdullah, one of the organizers of the original ring around the synagogue, told to Reuters.

PHOTO GALLERY
A Peace Ring Around An Oslo Mosque

Hundreds Of Norwegians Circle Oslo Mosque In 'Peace Ring,' Showing Everyone What It Truly Means To Love Your Neighbor
A Peace Ring Around An Oslo Mosque 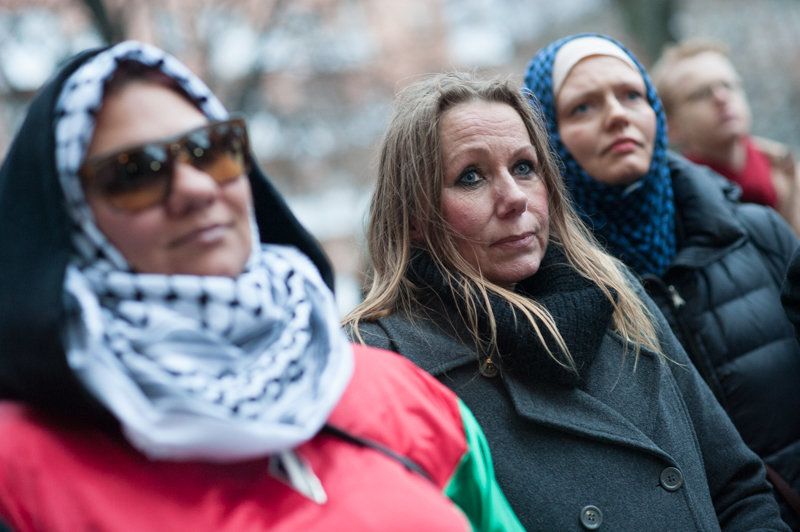