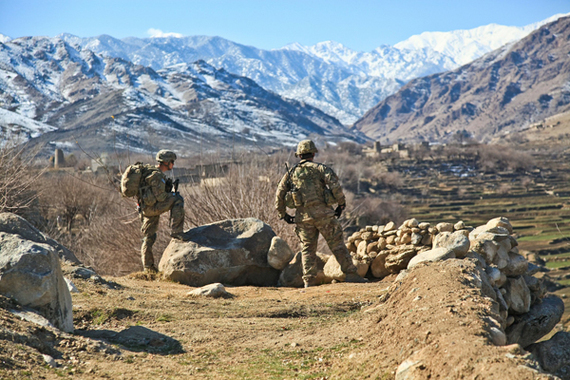 They are calling her the "Angel of Afghanistan." Charlotte Thompson-Edgar, a squadron leader with Britain's Royal Air Force, was recently awarded one of her nation's highest nursing medals--the Royal Red Cross--for her bravery and service to soldiers wounded in battles with Taliban insurgents.

She also deserves some sort of medal for resilience, and the guts to speak up and fix things for her patients and for fellow nurses and others of the Medical Emergency Response Team (MERT). While we realize that the headline reference to an "angel" was well-meaning, it inadvertently reinforces an outdated and ethereal view of nursing. Thompson-Edgar, and nurses like her, deserve better. They're healthcare professionals who are strong, smart, capable, and brave.

"I was used to working in a nice emergency room in a safe environment. ... Suddenly I was in a Chinook helicopter, unable to hear myself think, treating guys with horrific injuries and being shot at. I was not prepared to see these injuries but then the military was not expecting to see them either. ... So I said right, we've got to prepare our people better because I hadn't been prepared and didn't want somebody else to go through it."

Once home, she played a key role in setting up a MERT training programme, which used amputees in Britain to act as injured soldiers to help medics train before they were deployed to Afghanistan. As a result of recommendations from senior medical staff, blood and plasma started to be carried aboard MERT helicopters in 2008.

Chances are good that at some point in our careers as nurses we will find ourselves similarly challenged to perform at the highest level in unfamiliar or dire circumstances. The world is so unpredictable. Take the case of another "angel," Malaika, a head nurse at an Aleppo, Syria, hospital hit repeatedly by airstrikes in a civil war that has turned medical personnel in rebel-held areas into targets. Yet she vows to stay. She is a nurse and these are her people.

Most of us will never see wartime service, we can hope. But there are outbreaks like Ebola, there are deadly storms, there are explosions, there are mass shootings. Even "everyday" nursing can be overwhelming at times.

What separates the very top nurses is what they do from there. All nurses fix patients. The best then set about fixing whatever prevents us from providing the absolute best care for the next ones.

They don't give medals to angels. They give medals to heroes, and Thompson-Edgar is certainly that, even if she was simply doing what the best nurses do.

Dean of the Johns Hopkins School of Nursing