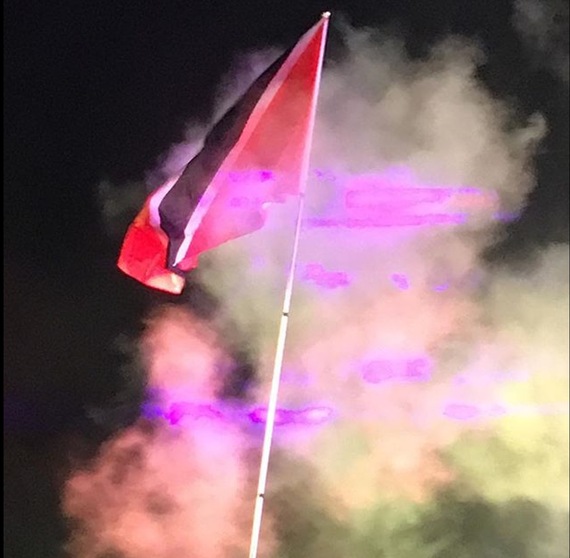 Well yes, folks. I took my fabulous self to Soca Brainwash after deciding that I wasn't going to party much for Miami Carnival. This party was the one party I could not miss for this short season. The reviews last year were so good; I hyped myself up and made an effort to take time away from precious sleep and attend. I said to myself that I needed to enjoy life a little and at least get into the swing of things before I hit the road Sunday for mas.

My friends were coming from out of town. I met up with my other good friends that live in Miami too, whom I never see, and it was looking like it was going to an epic night of good friends and good times. And don't get me wrong, it was great to see my partners and them. The ole talk was good but Soca Brainwash did nothing to add to the experience. In fact, I do not hesitate to say, it was incredibly disappointing.

Why you ask? Well because I didn't do my research and so I didn't know the $74 entrance fee was just that, an entrance fee, it didn't include drinks or food. Now, I did not expect the price to include food, but I did expect drinks. Albeit, not premium drinks but drinks nevertheless. You cannot imagine my surprise as I approached the bar, like a dum-dum ready to order my vodka and orange juice, and the bartender ask me for a chit. A chit. What chit? I asked confused as hell. I was then informed that I had to purchase a chit of no less than 20 USD to purchase drinks. Immediately, I commenced cussing myself for coming to this party and getting played, cussing myself for not actually reading the Instagram post and assuming at that price, that drinks were included.

I stomped over to the chits tent and purchased the chits. If nothing else, to drown my anger in the drinks and try to have a good time. Bad idea. If anything, it only made me angrier. I remember giving a bartender a piece of my mind and telling anyone that would listen about the ridiculous premise of this fraud of a party. I even tweeted DJ theifin' Ryan about his greed. The party didn't even have a performer, nothing to warrant such a price.

I am so tired and disillusioned by all this money-is-everything vibe for carnival. All these party brands are being built by social media on false pretenses and images that it's fun. It's all deceptive and I wish the people will wake up and stop letting these greedy folks rob them. If you went last year, why hasn't anyone said that yeah, the party was alright, but they rob we money. I mean, be honest and stop contributing to them robbing more people. Why are we, the people, allowing it to happen? 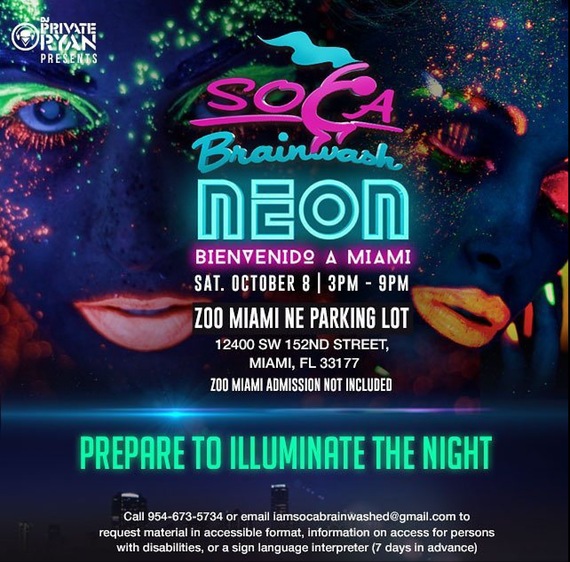 One of the random people I was complaining to responded to my complaint with, well you paying for the experience: this is how he rationalized it. When I countered that with, what exactly about this experience is worth $74, he just smiled and moved along. But is it the experience we pay for? Vale fete at $100 plus is an experience because they have food and drinks (champagne too) included, maybe a performer or two and the novelty of partying with your good friends while the sun rises. How does that experience compare to Soca Brainwash Miami edition?

I am still puzzled about why we as patrons accept this deplorable disrespect to our quality of party just to be able to say we went Soca Brainwash. I suspect it's to fit in, again. I suspect it's so we could tell people, "Gyul, I went to Soca Brainwash and it was gooood." As if to say, since I was there, I was therefore part of the accepted crowd because of course, everyone knows that those tickets are hard to come across and we got one. So we must be special, more special than those that did not.

I am not delusional though. I know these events are to make money, but I am sure they can make money and give people something worth their money, something of value. The people are so content with these insane prices which will invariably go up each year, and say nothing; we just shut up and take it. This mentality has given this party brand and others like it the leeway to do such an abominable thing: ripping folks off so brazenly and knowing nothing will be done.

I give the party one point because the vibe was good but feeling defrauded and taken advantage of negated the overall vibes for me. I wish these party brands would treat their patrons with respect rather than mindless minions representing more money to flush their pockets with. I wish they saw us as culture lovers and family and treated us as such. Like I said in my tweet to DJ Theifin Ryan, "I hope you choke on the money." As someone who never got the hype about his DJ skills, I most definitely don't get the hype about his theifin' party either. I will not be attending again. It was my first time at Soca Brainwash and it was my last time at Soca Brainwash.