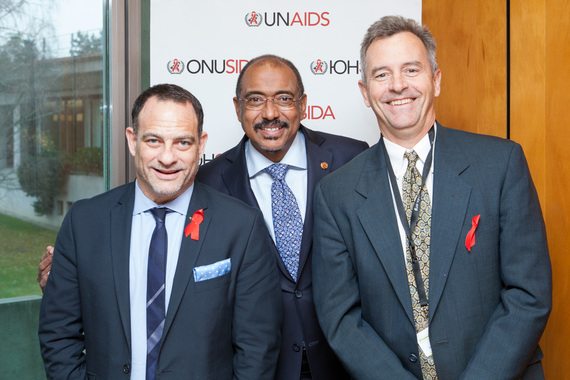 Todd Schafer is the Chief Executive Officer of GAIA, the Global AIDS Interfaith Alliance. The Elizabeth Taylor AIDS Foundation has partnered with GAIA to bring quality village-based healthcare to Malawi's Mulanje District, working together toward achieving UNAIDS 90-90-90 target in this HIV/AIDS hotspot. Ingrained and well-trusted in the community that consists of 542 villages, the GAIA Elizabeth Taylor mobile health clinics have provided over 1 million patient care visits free of charge since 2008.

This past summer, the world's AIDS activists, clinicians, and researchers convened in Durban, South Africa for the 21st International AIDS Conference. Academy Award winning actress Charlize Theron welcomed us to her home country with an exasperated listing of the standard reasons why this epidemic still rages: "Ending AIDS is too expensive. Too daunting. Too complicated. Too stigmatized. Too politicized... I'll stop there, because these aren't really answers. They're excuses." Thousands of us thundered in agreement.

Each year, on World AIDS Day (December 1), we pause to reflect on the lives lost to the deadliest epidemic the world has ever known. We also take time to recharge our batteries for the fight ahead. At The Elizabeth Taylor AIDS Foundation and the Global AIDS Interfaith Alliance, the organizations we lead, that fight appears winnable for the first time. Charlize was right: we already have all the tools we need.

While more than 35 million people have died of AIDS since the start of the epidemic, and 37 million are living with HIV today, it is a time of unparalleled optimism in the fight against HIV. The global numbers, while hopeful, remain sobering:

UNAIDS Executive Director Michel Sidibé has declared that, with the right investments between now and 2020, we can end AIDS by 2030. He said: "We have bent the trajectory of the epidemic. Now we have five years to break it for good." This is possible due to miraculous medical breakthroughs that not only save lives, but that have turned treatment into prevention. But we won't be able to really celebrate these achievements until everyone living with HIV has access to treatment. In Durban, Dr. Sidibé said: "Complacency is the new conspiracy--and it must be broken!" Now is the time for us all to work harder than ever before.

The challenge remains daunting with roughly half of all HIV cases still undetected. And most of these live far off the grid - like where ETAF and GAIA work - and lack even the awareness that a daily pill can save their lives. The global AIDS response has long been noble work, even when limited to providing comfort to the dying. But we now have a roadmap to the END OF AIDS. Our batteries are charged. Will you join us?