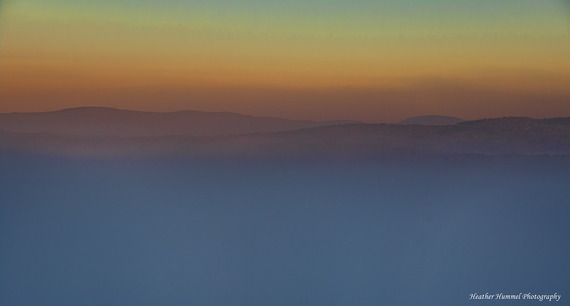 On the morning of Oct. 8, 2014, and fresh out of the shower, I stood naked in front of my dresser trying to decide what to wear on that early fall day. As I reached for a pair of shorts that I would match with a sweater, my heart leaped into a pace of 257 bpm. Feeling like an earthquake inside my chest that wouldn't stop, I lay down on the king-sized bed. It shook violently with each beat of my heart until several minutes later when the rhythm reset itself to an ordinarily low rate, but one that I could function at.

Standing, although rather unsteadily, I made my way back to the dresser and pulled on the selected shorts and a top. Padding my way to the kitchen, I prepared a bowl of oatmeal, figuring a full stomach might help. I prepared my orange juice and protein powder drink, and by then the water in the pot was bubbling, letting me know it was ready for the oatmeal to absorb it. With a glass of orange juice in hand, and as I walked across the kitchen floor, I collapsed. I don't remember going down, and I certainly don't remember placing my glass of orange juice perfectly on the floor, not even spilling one drop.

When I came to and found myself on my knees, as though in a church's pew, I looked around the now foggy room and spotted the faces of my two dogs looking quizzically back at me. The earthquake inside my chest began again. As though an angel came and lifted me off the ground, I stood and made it not only to the phone, but to the bed. With my heart racing at five times its normal pace, it was a miracle I was able to call 9-1-1 on my own.

"My heart, it's beating way too fast," I explained.

The dispatch operator went through a short series of questions, sent emergency vehicles, and promised they would be there soon.

Normally, I love living on the outskirts of town where quiet and privacy are paramount. On that Wednesday morning, I wasn't so sure as it took the medics twenty minutes to arrive. My landlord's father, David, came over to stay with me until the sirens whirled up the driveway. He helped with my dogs while the medics entered through the front door with a stretcher. Perhaps David also turned off the stove with the oatmeal, as it was surely sticking to the pot by now.

Inside the ambulance was bright and sterile. Within seconds an IV was placed in my arm and wires were strategically stuck to my chest. I looked up at the glowing display of numbers above me and saw the number 257.

"Is that my heart rate?" I asked the medic next to me.

"Yes, it is. You are in ventricle tachycardia, also known as V-tach. I'm amazed you're even talking to me with a heart rate that high." As an athlete who wears a heart rate monitor when I work out, I know that my resting heart rate is normally 58 bpm and my maximum heart rate is no more than 130 bpm. For the first time that morning, I went from questioning what was happening to being truly scared.

Another emergency vehicle had come down the driveway and soon flipped on its sirens as it led the way for my ambulance. I could see out the back window, recognizing landmarks as we traveled over twelve miles of country roads, I-64, and the city streets of Charlottesville to the University of Virginia Medical Center.

Upon arrival, the familiar stench of hospital blew through the ambulance as two wide doors swung open. The medics ran my stretcher down the hall where doctors and nurses gathered around. The medic rattled off medical statistics as I frantically looked into the eyes of anyone who would catch my glance and give me some reassurance.

Once behind a curtain, the clothes I had so carefully pulled on over an hour ago were replaced with a hospital gown. Through the IV line, they pumped in medicines as a doctor stood by my side and explained, "We're going to try two different medicines. If they don't work, we will need to use the paddles to reset your heart rhythm. Don't worry, though, I'll give you an amnesia medication so you don't remember it."

"Can you also make me forget my ex-boyfriends with that amnesia drug?" I asked, somewhat seriously.

The doctor and nurses stood around my bed and looked at me as though they wanted to ask, "Who is this woman with an out of control heart rate, and yet is cracking jokes?"

They only smiled, and the last thing I heard was a nurse saying, "Her heart is beating so fast, the bed is shaking."

I didn't have the chance to respond; I was out.

The amnesia drug worked, to an extent. I don't remember the paddles resetting my heart rhythm, but I still remember my ex-boyfriends. Shortly after I opened my eyes, I was moved to the Coronary Critical Care Unit. That was where a series of doctors visited my room and a series of tests began, starting with an EKG, an MRI, an echocardiogram, a TEE, and more.

It was that day when I learned bacteria in my blood had settled into my aortic valve as an infection; that I would be on IV antibiotics for six weeks before undergoing what will be my third open-heart-surgery to repair my pulmonary valve, a result of a congenital heart defect.

It was also the day when I learned: it was not my day to die. 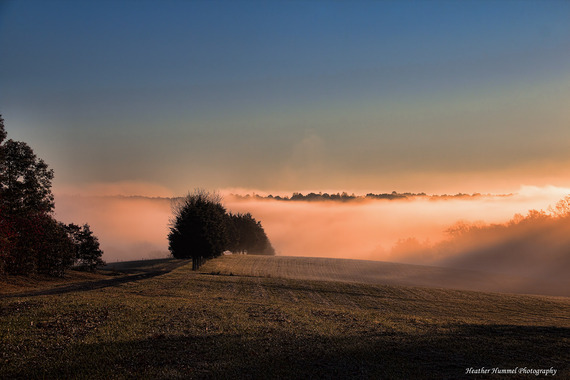