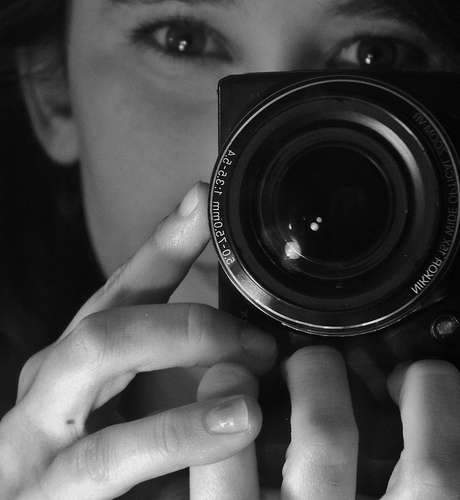 Focus. Bring that word up to a new entrepreneur and watch what happens. You'll likely be met with rolled eyes, an annoyed brush off or a comment about how focusing isn't possible or necessary when the goal is to experiment and create something new.

And it's understandable. Entrepreneurs tend to be rule breakers and free spirits at heart, so the notion of having to focus that energy they've spent so long cultivating isn't welcome. But talk to experienced entrepreneurs and they'll admit (some grudgingly) that learning how to focus was one of the most important ingredients in their success.

What have those successful entrepreneurs come to know is true about focus?

1. "Not Now" Isn't "No"
Entrepreneurs are creative, and they tend to have more than one idea and more than one passion at any one time. Yet too many of these "multi-passionate" entrepreneurs never get any of their businesses off the ground because they become paralyzed while trying to choose which idea to pursue. Others decide to tackle more than one idea at once and quickly find themselves overwhelmed and ineffective at all of them.

Successful entrepreneurs understand that by focusing on one idea or one business at a time they're not saying "no," instead they're saying "not now." They choose one viable project at a time, see it to maturity and then move on to their next idea or passion.

2. The Grass Isn't Always Greener
It's true that the grass isn't always greener on the other side. In an environment where it's tempting to change course early and often, successful entrepreneurs know they need to stick with an idea until they have concrete evidence of whether or not it's working. By doing so they avoid the lure of changing ideas or tactics on the fly because of a hit of uncertainty or a shiny new idea that's come across their path.

3. Being Busy Doesn't Mean You're Making It
The best entrepreneurs have figured out that being busy does not equate with being successful. In fact it can be the opposite. Entrepreneurs who build quiet time into their day understand that a hike, a swim, or a quick meditation break help sharpen focus. And when focus is sharpened, solutions to complex and critical problems seem to magically appear out of thin air.

Entrepreneurs who don't embrace the quiet - who constantly filling their calendars with busy work, who are scared to not be working all the time - kill the possibility of experiencing those moments of serendipity. And their businesses tend to suffer because of it.

4. Revenue Is the Priority
While product testing, customer conversations and brainstorming ideas can be fun, revenue is (or should be) the focus, and successful entrepreneurs know how to keep their eyes on the main prize. They prioritize all other activities according to their ability to start bringing in revenue. After all, the point of entrepreneurship is to build a business. And by definition a business exists to make money, which means revenue needs to come first.

5. Budgets are Limited
One obvious reason that revenue is always the top priority is that startups have limited budgets. Successful entrepreneurs realize that maintaining focus allows them to deploy those budget dollars strategically. And when that happens, the company will steadily move closer to generating revenue, and not waste budget on aimless experiments or passing ideas.

6. Testing and Learning Matters
To build a strong company entrepreneurs know they need to test ideas and learn from their customers and from the market. The easiest way to do that is by focusing on one idea at a time and testing it over and over until it's validated or ready to be thrown out. Test too many ideas at once and an entrepreneur will quickly forget what any of the objectives were, and all of the tests will prove useless.

7. You Don't Have to Start Lots of Businesses to Join the Club
Some young entrepreneurs think that in order to be labeled a successful entrepreneur they need to start several businesses, and their focus suffers because of it. Some of the world's most successful entrepreneurs - Mark Zuckerberg being one very high-profile example - have only started one company. Quality counts more than quantity when it comes to solidifying a legacy in the entrepreneurial club.

Michelle Warner is sharing, step-by-step and in real time, what it really takes to build an online course and info product business at michellebuildsit.com.