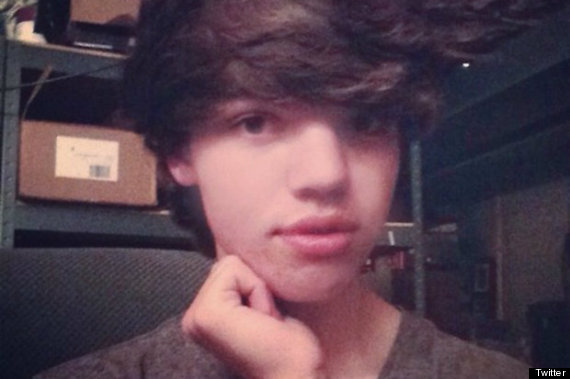 When Leelah Alcorn died between Dayton and Cincinnati, she left behind a note on Tumblr that was a wake-up call to the world regarding what it means to be a transgender youth in a conservative Christian family.

That reality is every bit as ugly as you would imagine. When I first saw this incident and the message she left behind, I desperately hoped it was a hoax. It was all too perfectly awful to be true. This happened only a few miles from where I live, and via my work with PFLAG Dayton, I know just how bad things are for transgender youth in the Dayton area.

Tragically, it was true. It is also the reality for most transgender youth in homes where their identities are denied.

Her family rejected her gender identity and made it clear that being loved and accepted was conditional. They put her in Christian "reparative therapy." They systematically cut her off from her social-support networks. They denied her the medical care she begged for. In fact, they did everything their Christian leaders command parents of transgender children to do.

Statistically, though, her parents did just about everything possible to maximize the risk of self-harm.

When other fundamentalist Christians deny medically necessary care to their children and they die as a result, they go to prison. Missouri law defines child neglect as "the failure to provide, by those responsible for the care, custody, and control of a child under the age of eighteen years, the care reasonable and necessary to maintain the physical and mental health of the child" and is also punishable with years in prison, even if the child doesn't perish. But somehow, despite everything, the state will not recognize what happened to Leelah as neglect.

When the child is transgender, the parents are Christian, and the dangers of their rejection and medical neglect are well known, that medical neglect is still 100-percent legal, because we don't want to "interfere with their religion." Because "common sense" says medical care for transgender people isn't necessary. Because growing up to be transgender is a "bad outcome." Because transgender people who transition go to hell for defying the will of God. Because parents of transgender children are told over and over again by religious authorities that they risk going to hell too if they recognize their child's gender identity.

And here's where I get really angry. Here's where I speak truth to power, because I no longer care if I'm seen as an angry transgender woman. We have three beautiful children, and the thought of one of them dying the way Leelah did in so much pain and despair makes me want to vomit and cry all at once.

So I say: Not one more! I will not be silent. I will not pull my punches. The time for words has passed, and only deeds matter.

The vast majority of religions in the U.S. reject transgender identities. Homes that deny transgender identities result in a suicide-attempt rate that's 14 times higher than in homes where such identities are accepted. If you belong to a religion that denies transgender identities and put money in the collection plate or pay your 10-percent tithe, you are bankrolling the slaughter of innocents. You can claim you love LGBT people all day, but as long as you're footing the bill for propaganda that's literally killing children, you are an accessory.

Even worse are certain non-transgender lesbian, gay, and bisexual individuals who have fought tooth and nail against subjecting youths to reparative therapy to change their sexual orientation but refuse to denounce subjecting kids to reparative therapy to change their gender identity. They hedge their bets and say that "all the evidence isn't in yet." Never mind the fact that this is the same argument used by opponents of marriage equality.

Let me make this perfectly clear: I will never again give a free pass to supposed LGB allies who are hypocritical enough to slam reparative therapy on non-transgender LGB teens as torture but shrug and walk away when it comes to the same methods being used on transgender children. To them I say: You too are an accessory.

We will not be silent any longer.

The answer is to get transgender youths out of homes where they are rejected and denied the medical care they need. The state is unwilling to define reparative therapy and denial of medical care as abuse. We cannot change what religious leaders are preaching, nor do our voices carry enough weight to effectively gainsay their religious messaging and consistently convince parents to ignore religious leaders and accept their child's gender identity.

A radical new direction is needed.

Therefore, I propose an emancipation project. The goals are simple:

The LGBT movement has been looking for the next big thing after marriage. It has been beating its head against a wall of deep-red conservative legislatures. Here is something that can be done that is tangible, measurable, and desperately needed. Implementing such an effort would certainly be a huge endeavor, fraught with legal hurdles and financial challenges.

We have to stop giving money to organizations that spread the message that transgender identities aren't real. We must be willing to point out the hypocrisy of giving money to organizations promoting narratives that kill transgender children. We must forcefully speak out as one against efforts to change gender identity or God-shame transgender kids back into the closet, and call out those non-transgender LGB people who do not. We will get transgender youths into environments where their identities are accepted and they can receive medically necessary care.

It will be difficult, and it will bruise a lot of egos along the way, but we have to try.

We keep saying trans lives matter. Let's act like it for a change.