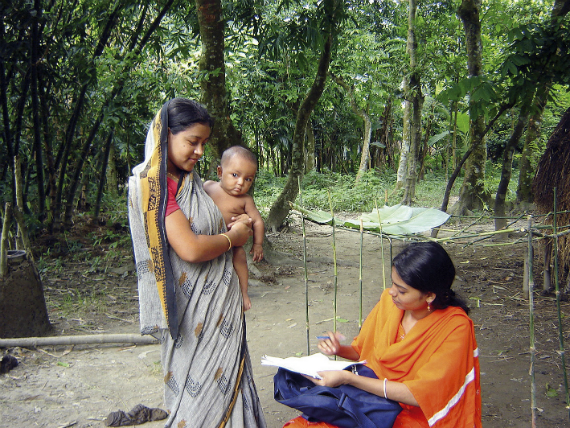 The world's governments have laid out the agenda for sustainable development between now and 2030. The challenge to us all is to make it happen.

Sustainable Development Goal 3, like all of the other goals, has a lofty aspiration, "to ensure healthy lives and promote well-being for all at all ages." Words matter, and in this case some words are especially important. First, this is about healthy lives "for all." Not just citizens and not just those with official documents, but everyone, including the thousands of migrants fleeing conflicts or those, like many Roma in Eastern Europe, who officially do not exist. Second, this is about improving health "at all ages." The health-related Millennium Development Goals largely ignored the health of anyone over the age of five, unless they were pregnant or suffering from malaria or AIDS. This time, the rapidly increasing epidemic of non-communicable diseases, disproportionately affecting the poorest countries, is explicitly recognized, as is the wholly avoidable toll of death and disability due to road-traffic injuries. In another departure from the Millennium Development Goals, there is a commitment to achieve universal health coverage, something unimaginable 15 years ago.

Technically, we can achieve the individual targets. Some have numbers attached, such as reductions in maternal and under-five mortality to levels that many countries have already achieved. We also know much more about how to save lives. We have many new vaccines and effective drugs, we have much more research on the best ways to deliver care, and we understand much better the political and economic determinants of health, such as the importance of progressive taxation in achieving universal health care. We also understand much better the role of disease vectors, be they mosquitoes or the transnational corporations peddling tobacco, alcohol and energy-dense food. But what can we learn specifically from countries that have succeeded in improving the health of their populations, and especially those that have done so with limited resources?

With support from the Rockefeller Foundation, we looked at five places that had achieved good health at low cost, Bangladesh, Ethiopia, Kyrgyzstan, Thailand and the Indian state of Tamil Nadu. Each took a different path, reflecting their particular circumstances. Bangladesh retrained its army of health assistants, freed up following the eradication of smallpox. Ethiopia created a new group of health-extension workers, reaching out into the smallest villages to bring basic healthcare. Regardless of the precise path they followed, each country had some things in common. Each had individuals who displayed a political commitment to better health and a willingness to create the resources necessary to achieve it, effective bureaucracies that maintained continuity despite political changes drawing on a shared institutional memory that prevented the same mistakes being made again, policies that reflected the unique national context and had not simply been lifted from somewhere else, and an ability to take advantage of windows of opportunity, even when there were natural disasters. They also had taken action to promote other aspects of development, such as female empowerment, education and transport infrastructure, reminding us why the Sustainable Development Goals must be seen as a comprehensive package and not an à la carte menu.

These findings should be seen as good news. They show that it is possible to make a real difference despite having very little money. On the other hand, they show that each country must find its own way to better health, taking account of its own particular circumstances. However, it can only do so if the actions of the international community support, rather than undermine it, and that will only happen with a new and fairer world order.

This post is part of a series produced by The Huffington Post, "What's Working: Sustainable Development Goals," in conjunction with the United Nations' Sustainable Development Goals (SDGs). The proposed set of milestones will be the subject of discussion at the UN General Assembly meeting on Sept. 25-27, 2015 in New York. The goals, which will replace the UN's Millennium Development Goals (2000-2015), cover 17 key areas of development -- including poverty, hunger, health, education, and gender equality, among many others. As part of The Huffington Post's commitment to solutions-oriented journalism, this What's Working SDG blog series will focus on one goal every weekday in September. This post addresses Goal 3.