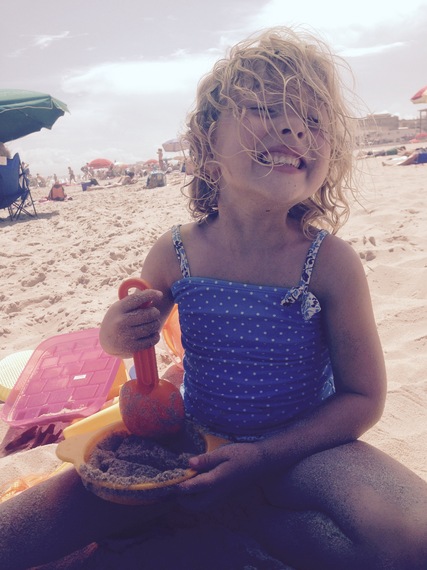 Turn on the TV, open the paper, scroll through your Facebook feed -- every day it's filled with news that's too difficult to really let sink in. We simply can't digest it all. It's too much and we aren't capable. More often than not, we just scroll past it, look the other way, not allowing the sadness and the pain of others make its way into our hearts.

But then once in awhile, more often than we seem to expect, a tragedy comes along that's far too big to look away from. A city attacked, another school shooting, innocent people dead without purpose and everyone feels the pain. Today, tomorrow and for many days to come, we mourn for Paris and for the families whose lives have been shattered. Because we know, while our hearts will heal when the news stories let up, theirs may not.

We read the stories, see the faces of the victims -- the young lawyer, the magazine critic, the American student, the mother. We want to know who these people were, even though it's devastating that they're gone. And more than anything we wish we could take away the pain from the people who will be without their mothers, their fathers, their siblings, their children for the rest of their days.

As adults, most of us don't have the choice but to know about these things -- we can't look away even if we want to. We're affected. We're changed in some way because of these happenings, even when it's not our friends and our families. Still, the pain is great and it chips away at our hearts, makes us sad, angry, afraid to raise our children in a world where the constant stream of tragedies seems never to relent.

Maybe it's wrong, and maybe it will bite me in the ass, but I can't bring myself to talk about these things with my child -- not yet. And even though I know that many children these days, with access to TV, phones, Internet and images splashed across newspaper fronts, grow up quickly, knowing hard truths about wrongful deaths and suffering, I can't find the words to explain why this happens.

I'm not going to talk to my five-year-old about Paris, or the other tragedies that happen around the world. I'm just not ready to. I know that one day soon, it will be unavoidable. And one day after, she too, will be an adult who feels the weight of the world and the overwhelming sadness on her own two shoulders. But that day is not today, because my daughter is still a child. She's allowed to feel safe, even if it's a little bit of a lie. She's allowed to be naive.

Soon it will be inevitable. The questions will come, maybe following the next tragedy, or the one after that. Maybe then she will look at me with wide eyes and ask why so many people are dead, or if something like this could happen here. And I'll have to think of what to say.

But for now, I'll let my sadness be my own. I'll think of the mothers without children and the children without mothers and I'll see their faces when I lay down to go to sleep at night. And I will feel lucky that for a little while longer, my child will be free to rest easy without the weight of it all on her shoulders.

More from Mommy Nearest:
How Can I Guarantee My Kids Safety
How to Deal with Monsters Under the Bed
How to Talk to Your Kids About Gender Identity

This piece was originally published by Sarah Bregel on Mommy Nearest. Sarah is a freelance writer based in Baltimore. She is also a yoga teacher and self-proclaimed "Mediocre Mama." Join her growing Facebook community, follow her on Twitter or find her at the yoga and wine-fueled StreeetchyPants.com

More:
parenting advicegrowing upKidsParenting paris attacks
Newsletter Sign Up
Raise the kind of person you'd like to know
Subscribe to our parenting newsletter.
Successfully Subscribed!
Realness delivered to your inbox