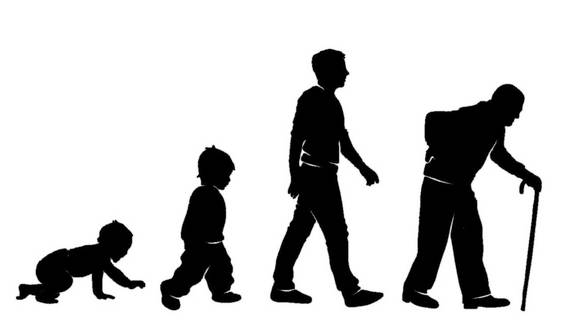 If you live to be one hundred, you've got it made. Very few people die past that age.
George Burns

Americans are getting old.

This progress initially stemmed from decreased infant mortality, access to clean drinking water and antibiotics. Early increases in life expectancy were largely due to children surviving into adulthood rather than more people reaching old age. That has changed.

This increase in lifespan was not anticipated.

As you might imagine, these changes have ignited the study of aging. Research now abounds on the nature of aging, diseases associated with aging and ways of blocking the aging process. Some question the inevitability of death.

In the later half of the 20th century long-lasting diseases (cancer, cardiovascular disease, diabetes) became the number one killers, rather than infectious disease. These diseases cause a progressive deterioration in health.

It is debatable whether the increase in life span since the 1960s has prolonged healthy years or extended a period of progressive disability. Nonetheless, there is a stark difference between extending lifespan and extending healthspan.

An increasingly utilitarian body of research suggests that we have some control over the rate at which we age. Although genetics influences aging, environment may be a more important determinant (up to 2/3) of longevity. Food, temperature and physical activity, the primary environmental factors, affect healthspan in most animal models, including humans.

Two accepted markers of aging are insulin sensitivity and mitochondrial function.
If your eyes just glassed over, you can skip down to the recommendations now. But I promise to be brief here.

Both insulin and mitochondria are central to energy production and consumption, that is, metabolism. And metabolic regulation is an essential component of aging.
Mitochondria are intracellular energy plants fueling the work of every cell in our body. Insulin regulates blood sugar levels and fat storage. The mitochondria convert sugar and fat into a form that can be used by the cell. With age, our ability to generate and harness energy diminishes. The body's attempts to compensate for this loss (decreased insulin sensitivity and mitochondrial function) result in further damage and deterioration.

Here are three tips on how to prolong your health span, gleaned from an evolving literature.

2. Moving
Sedentary behavior promotes inflammation and makes you age faster.
• Fidget -fidgeting burns about 350 calories/day, enough to lose 30-40 pounds/year.
• Never sit for more than 15 minutes at a time without standing up for 1 minute
• Walk after every meal

3. Eating (Read, Not Eating)
Caloric restriction is the most accepted method of increasing healthspan.
• Don't eat if you're not hungry
• Fast
• Don't eat sugar. It accelerates aging.

All these suggestions are mild stressors. While we have traditionally considered stress harmful to our health, a new understanding has turned things upside down. Our biggest problem is too little of the right kind of stress.

For the vast majority of human existence (99 percent) we lived in a world that bore little resemblance to the contemporary one. As hunter-gatherers we regularly experienced food shortages, temperature swings, and the need for daily physical activity. These conditions provided the training camp for our biology. Evolution crafted an animal adapted for this scenario.

In a stark example of the law of unintended consequences, we have eliminated the stressors that provide our fitness. Intermittent food shortage, temperature fluctuation, and a daily dose of physical activity define the stresses that optimize health. This kind of adaptive stress response is known as hormesis.

The three suggestions above are hard to adopt. They seem alien to us, an uncomfortable departure from normal behavior. We forget that we invented this "normal". Things such as three meals a day, fast foods, sitting at work, elevators, soda, automobiles..., are all human inventions. They have nothing to do with our biology or nature.

Modern conveniences were created for a reason and served a purpose. But now we know many of them are making us sick. We must harness the same ingenuity that built modernity to reformulate it. If we continue to perceive contemporary lifesyle as simply the way things are rather than human inventions in need of updating, we risk a long life of progressive disability.