It is common knowledge that what you eat impacts your weight. To connect the two, Americans have followed the fads from the 1970's low-fat/high carbohydrate diets to the current low carb/high protein caveman and paleolithic trends.

New data from University of Southern California researchers suggests that a lean body and longer life might be accomplished by eating... (almost) nothing. For a short while anyway. And this approach also costs nothing, a reality that may impact the growing public health crisis of obesity in Americans. 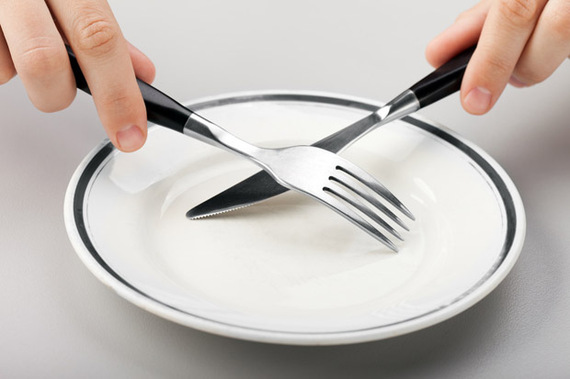 Fasting and cleanses are gaining traction in some popular media as the must-try approach. Beyoncé and Jennifer Lopez claim it works for them. But unfortunately in the quest for a new life-extending and fat-losing trick, misinformation about the latest fasting mimicking diet is spreading. Some inaccurately state that by lowering the intake of fat and calories, "your body starts to produce its own fat." This is not the case.

Chat rooms are filled with talk on how to translate the study diet into a homemade version based on scant information about the breakdown of fats, protein and carbohydrates. But knowing how and why these fasts work scientifically is the best route to take.

The latest research from the lab of Dr. Valter Longo at USC's Longevity Institute shows significant benefits of a new protocol that mimics prolonged fasting (consuming water only), combined with a reduced calorie, high nutrient diet. With studies in mice, this diet improved metabolism, cognitive function and neurogenesis in the memory center of the brain and life span. The diet also decreased instances of cancer as well as "bad" visceral fat.

A small pilot study in 19 healthy humans showed that just three cycles of the fasting mimicking diet -- or five days per month of reduced calories precisely calibrated by the research team) had positive trends. Those impacts were on biomarkers for aging, diabetes, heart disease and cancer, without any adverse effects noted.

Prior research on fasting - though mostly in non-human animals- produced compelling data. Regimens ranging from water-only fasts, two days a week of reduced calorie intake of 500 calories a day (also known as the 5-2 approach), and alternate-day fasting all seem to have similar benefits.

These protocols led to metabolic and cellular changes that impact on key root causes of disease, including inflammation (a chronic increase in whole-body levels of chemical mediators of inflammation), oxidative stress (when free radicals cause damage within cells- similar to rust on iron) and insulin resistance (muscle and liver cells become less responsive to insulin signals trying to store glucose for future energy).

Why is this important?

Many people struggle with trying to reduce calories on a daily basis, so the idea of indulging in favorite foods most of the time and "rebooting" with a few days of diligence is appealing. Beyond vanity and the desire to look better, maintaining a healthy weight is critically important. And the health risks of being overweight are enormous.

A recent analysis of the National Health and Nutrition Examination Survey from 2007 to 2012 estimated that 67.6 million Americans were obese, and 65.2 million Americans overweight. With now more than two-thirds of the population in the Unites States being collectively overweight or obese, there is considerable pressure to find a solution to this public and clinical health crisis.

Along with expanding waistlines comes an increased burden of disease. The Lancet reported a 45 percent rise in the prevalence of diabetes worldwide from 1990 to 2013. The vast majority of these cases were Type 2 Diabetes- the type closely linked with insulin resistance caused by increased visceral adiposity (belly fat).

Certainly not one dietary approach will solve these complex problems. And any recommendation must be tailored to an individual's needs and goals.

The popular concept of "cleanses" takes a slightly different approach to dietary restriction. Some of the major promoted cleanses are in reality a form of an elimination diet. With these regimens the goal is to eliminate certain foods considered potentially "toxic" or burdensome on the body -- such as gluten, dairy, soy, eggs, red meat, sugar or alcohol. The elimination diet, while it won't truly detoxify your body from accumulated chemicals- can be a very valid part of both diagnosing food sensitivities, and guiding a long-term diet. The elimination diet is truly the gold standard for diagnosing food sensitivities that can be related to symptoms ranging from irritable bowel syndrome to chronic pain to headaches. 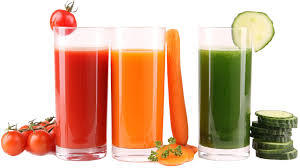 Other cleanses involve having one to seven days worth of organic vegetable and fruit cold-pressed juices delivered to your door. Avid consumer testimonials and the popularity of juice shops in some urban areas speak to a evidence of potential benefit. A juice fast is more often a way to jump-start a dietary approach and break negative habits and food cravings. But scientific research on this strategy is lagging with only a few published reports from more than a decade ago.

Certainly fasting or cleanses are not right for everyone. Of course, pregnant or lactating women, growing adolescents or the elderly may have nutrition demands that can't be met through intermittent fasting. Pre-existing health conditions such as diabetes, hypertension or heart failure can make extreme cleanses or fasts dangerous when specific dietary components, consistent intake and blood sugar regulation are critical.

For the generally healthy individual, doing a brief stint on one of these cleanses should pose little risk. When considering a longer term commitment, or when in a higher-risk category, evaluation and supervision by a qualified healthcare provider is essential to avoid harm.

I am intrigued by the data on intermittent fasting and think it holds great potential as a manageable long-term strategy for optimal aging and weight maintenance. But a study on 19 healthy adults isn;t enough to convince me it is right for the general population. More data is needed, on a broader cohort of adults that more closely approximates the US population to determine the safety and long-term impact.

Without that data, a diet fad is just that -- a fad. To solve our obesity crisis we need solutions that offer health benefits that last a lifetime.

More:
healthy livinghow to lose weightCleansesfastingjuice cleanse
Newsletter Sign Up
The essential guide to taking care of your mind and body
Subscribe to HuffPost’s wellness email
Successfully Subscribed!
Wellness delivered to your inbox