You are not the father I thought you'd be.

Your personality has been clear to me from those first few weeks after we met. You are witty and thoughtful -- but also guarded and cautious. A few months after we started dating, I teased you a little when you gave me a gift for the holidays and signed the card "Yours truly" instead of "Love," being careful about when and how you expressed your feelings, down to the closing on a Hallmark card. Your typical "Scott" rebuttal to my ribbing was, "Well, it's true -- I am yours. Truly. I must have just missed the comma in the middle."

You still sign all of your cards to me "Yours, truly." It is surely some combination of a stubborn insistence that your original signoff was exactly as you intended, and a sweet reminder of a private joke -- a nod to those early years when we had just found each other.

You have a reputation for being calm, cool and collected at all times -- a perfect complement to my emotional and impetuous self. When I finally got pregnant with our daughter, you jokingly told my obstetrician that you were going to walk into my C-section with your scrubs on and your hands up at a 90-degree angle in front of you, like a surgeon. Instead, you came in, looked at me lying there, on the table, and became an automaton -- your nerves about the momentous changes coming to our lives apparent in the glazed look in your eyes.

Then they handed her to you, and you came alive -- something in you cracked open. When we got home, you split the night shifts with me. You would be on from 11-3, feeding her a bottle of pumped breast milk, and it was my turn from 3-7. I didn't appreciate that this was something of an anomaly in comparison to the experiences of the other newly-minted mothers I met, who were waking up each and every time their infants whimpered and wailed in the wee hours. 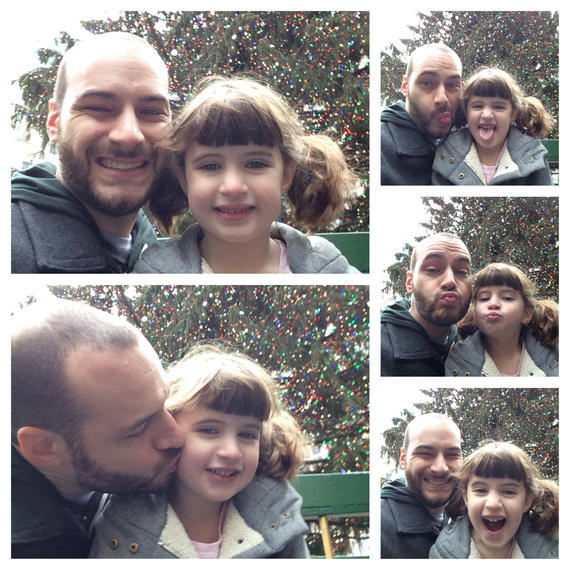 Just over a year later, Owen was born -- and our entire lives crumbled apart. Something happened that leapfrogged right over any fears I had about my unborn child and landed in territory so terrifying I hadn't even had the capacity to dream it up. There is no "calm, cool and collected" when your baby is dying -- when he has crashed in your arms the very first time you've held him. When later you've been told he had a stroke -- and that walking and talking and functioning on his own are no longer givens.

And we cried together. Your tears were the silent tears of strength in the face of adversity; mine were the messy, open sobs of desperation and fear. 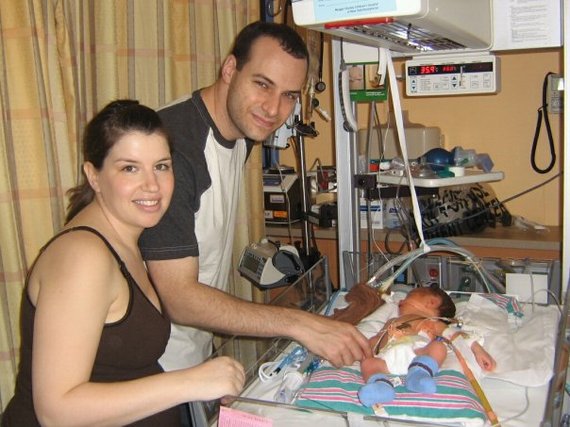 The first time I saw you cry in public was when Owen had to go in for an MRI a few months before his third birthday. Some paperwork was missing from his chart, so while I was running around trying to locate it, you were left to hold our boy's hand as they sedated him before the test. When I returned, I found you in the waiting room, dissolving in tears. I took one look at you and assumed that the worst had happened -- that something had gone terribly wrong.

"You should have seen the look on his little face," you told me between sobs. "I was helping them hold him down so they could put in the IV, and he looked at me with this expression like I was betraying him. Like I was supposed to be protecting him and I was just letting them do this to him. I swear, I will never get that image out of my head -- that look on his face." You continued to cry the messy, snotty tears of a man who had just forsaken his own son -- making multiple trips to the bathroom to procure toilet paper, as the moments slowly ticked by in a hospital waiting room that inexplicably had no tissues available. It was a test that was supposed to last 20 minutes, but took almost an hour. 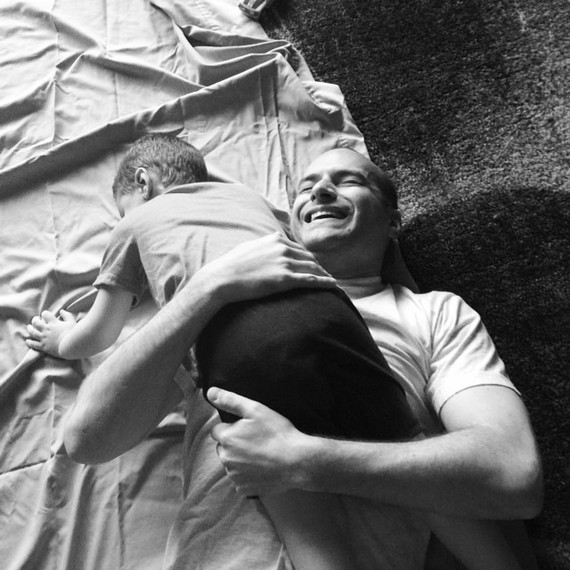 A month later, we found out why -- learning that, unrelated to the stroke, Owen had also been born with a brain malformation so rare, the condition didn't even have a name. He was literally missing the parts of his brain responsible for speech. There was no prognosis, and when I asked his well-respected and beloved neurologist whether he would ever have speech beyond that of a 5-year-old, she sadly told us that she just didn't know. We held it together in that meeting somehow. I saw your knuckles turn white as you held onto the pen in your hand like it was a life raft, and it took all the strength I had not to crawl under the table and curl into a ball or just run out of the room screaming.

But the hour-long ride home was a different story. It was a flurry of sheer panic, and tears, and phone calls to family and therapists and doctors. It was reading aloud the paperwork we had been given about experimental trials at hospitals across the country and in Canada, and projecting our worst fears about the future aloud to each other. It was watching the crumbling-down of more dreams we had allowed ourselves to dream for our boy. At least you had tissues in your car. 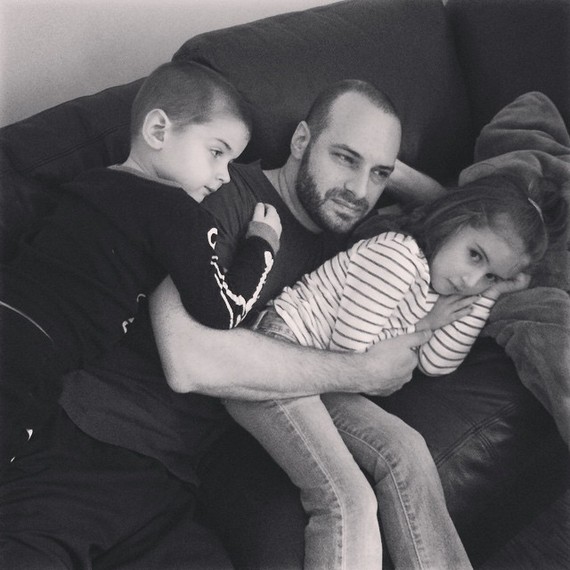 And that wasn't the last time I saw you cry. I have seen tears well up in your eyes when Owen recently rode a bike for the first time, and when you saw him take the field to play T-ball. You claim it's "seasonal allergies" each time I call you out on it, but those allergens always seem to coincidentally arrive at the very moments when our boy reaches a milestone we had been cautioned might never happen.

You are so much more.