I'm intrigued by the reported trend that women are no longer wearing bras. Ditching your bra is supposed to make you feel more independent, liberated, and empowered.

Here are some headlines from the past few weeks: "Why Millenials Are Going Braless," Why More Women are Freeing Their Breasts," and "12 Reasons Going Braless is the World's Best Feeling," Social media rallied around a high school student sent home for not wearing a bra. It looks like an exciting new cultural shift is taking place.

Bloggers and others are reporting on the freedom that comes with ditching underwires or choosing to wear less structured bralettes. The premise of these pieces is that bras are at best an optional fashion accessory, and at worst a symbol of women's societal oppression.

But I'm skeptical of these claims that women prefer not wearing bras. Why?

Natural Breast Sizes and Shapes. Breasts come in a multitude of sizes and shapes, from AAA to K cups and beyond. Unless you have smallish, firm boobs, going without a bra can be both impractical and physically painful. The only time I ever went without a bra was shortly after my breast lift, at the age of 49. Even during my more youthful but larger pendulous breast years, it was tough to go braless in hot weather. (A river of sweat kept my boobs glued to my rib cage.) As I've aged, I'm relieved to have heavier breast flesh lifted up and away from my body.

Areolae and Nipple Coverage. Bras do an excellent job of concealing nipples. It's an important function, even if you support #freethenipple. Slapping on a couple of pasties will keep headlights under control. But areolae and nips still poke through clothes. Many women don't like the look or prefer not to share that much information.

Fashion. I like how the right bra shapes the look of my clothes. I want my boobs centered on my chest, not floating around under my tops or dresses. That's my personal preference, and I'm pretty sure I'm not alone. Surveys report 80% of women don't leave their house without first putting on a bra. Yes, gorgeous braless styles are fashionable (and have always been shown on runways), but not everyone can or wants to wear them.

Physical Activity. Women in ancient times understood the benefit of binding down their boobs during exercise. Studies show that female athletes perform better in well-fitting bras. It's no surprise that jock straps were used in the design the first modern sports bra.

Body Shaming. It's newsworthy when a celebrity is spotted out without a bra. Paparazzi lenses love to document these so-called wardrobe "fails." Women who go braless are called out for "flaunting" their bodies or looking for extra (read: male) attention. It's sexist public slut shaming. Should women be ridiculed for not wearing bras? Of course not. But that doesn't stop the tabloid shame. 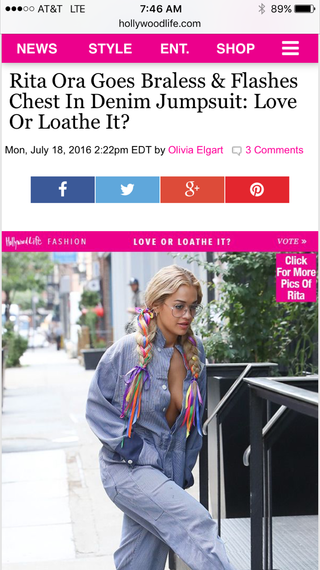 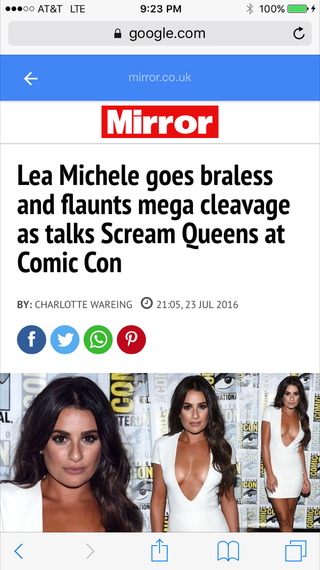 Bralette styles aren't a realistic alternative for everyone. Yes, they fit into the athleisure fashion craze. But some argue that pushing the trend betrays women by selling them something less useful--and more cheaply made in some cases.

Not wearing bras can be liberating to some, but I find greater empowerment and freedom in wearing gorgeous, well-structured intimates. I don't care if anyone else wears a bra. But let's quit pretending that it's some arbitrary fashion choice. Female ingenuity and design are what fuel today's modern bra styles and designs.

Maybe it's time to stop demonizing the bra, and it's alternative (going braless). Both views hold women back and take away our personal choice. For most women, putting on a bra is like picking out footwear. Sure, I'll go barefoot on the beach. But I prefer flip-flops for the sidewalk and heels when I head out to a nice restaurant. Bras allow me to work, play, run, and enjoy my life with ease. And the right bra will change where, and how far I go.

What's your view? What do you think about the news stories claiming that women prefer not wearing bras? Is there a way to get rid of the stigma attached to going braless?

This article first appeared on The Breast Life.

Author and Founder of TheBreastLife.com