Ronni is a pastry chef at one of New York City's top bakeries. On the side, she's part of a fast-growing, new culinary industry: cannabis cuisine.

"I'm basically using the skills I learned as a pastry chef to have some fun," Ronni says of her cannabis-infused gourmet baked goods. (Ronni isn't her real name.)

For now her hobby is on the down low, but the food world is getting ready to take it mainstream. In the first year after legalization in Colorado, nearly 3 million edible marijuana projects were sold in retail stores. Cookbooks from major publishers are in the works. And seasoned chefs are leaving good restaurants for a new experience, and a big payday.

But, ever the buzzkill, The New York Times says there are two problems:

1. It's very hard to control how high people get when they eat marijuana.

2. It really doesn't taste that good.

This week in The Sporkful podcast, we find out whether that's true, with a little help from Radiolab's Jad Abumrad (who's been known to enjoy a good experiment) and some experts on the science and art of cooking with cannabis. 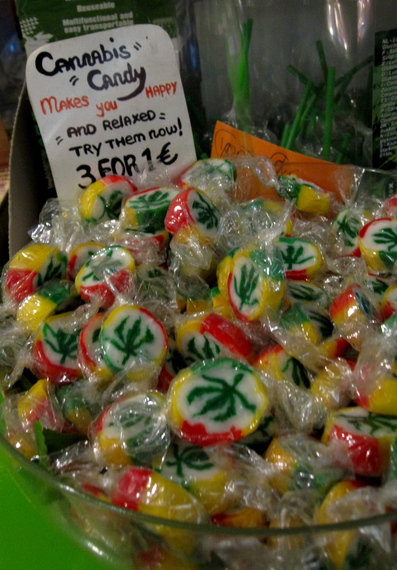 I've tried some of the stuff they're selling in Colorado. I had this candy that was like a Tootsie Roll, but it was so strong I could only eat a one millimeter sliver of it. (Just ask Maureen Dowd about those.) I set out this week in search of an experience that provides a pleasant high and a great eating experience.

I thought my dream had come true when Ronni arrived with her incredible, four-course spread of sweet and savory, weed-infused dishes for Jad, Radiolab's Ellen Horne and Soren Wheeler and me.

She had decadent banana cream pie (below), salty zucchini pancakes, and garlic bread brushed with cannabis-infused olive oil served with a weed-infused balsamic vinaigrette for dipping. She even made Cheez-Its (below) tossed in cannabis-infused oil for snacking between courses: 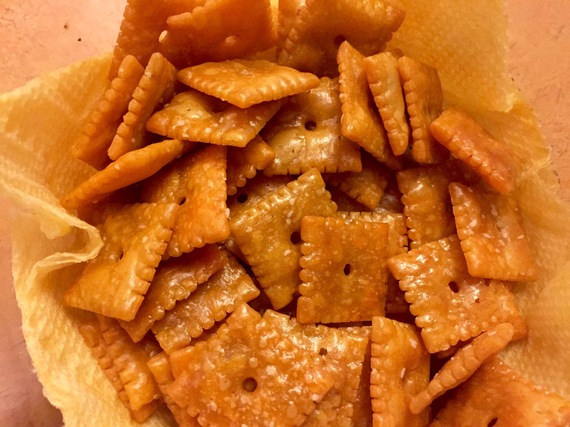 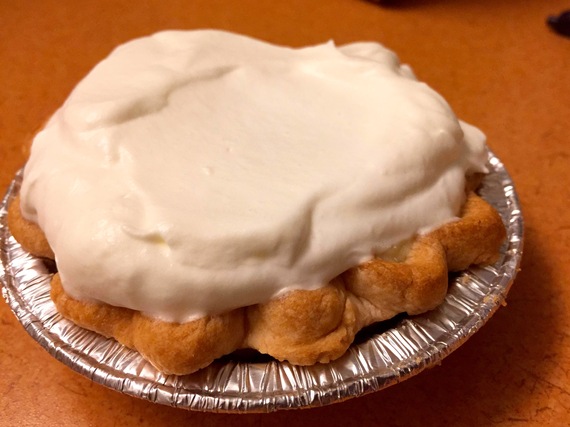 The earthy, herby flavor of marijuana was definitely there, but it was mild. It's not a taste that's for everyone, but I happen to enjoy it. Ronni certainly succeeded in making weed delicious. Especially the banana cream pie -- that was insane.

But we found ourselves still unsure of its place in the eating world.

"It's an interesting tension about whether this is a delivery system or enjoyable in its own right," Soren noted. "Whether you would decide that weed, itself, is part of what makes the taste enjoyable."

Here's the other big thing. When you eat marijuana (rather than smoking), it travels through the digestive system before the psychotropic effects set in. That means it takes a long time before it kicks in. But when something tastes so good it's very hard to know when to stop eating. 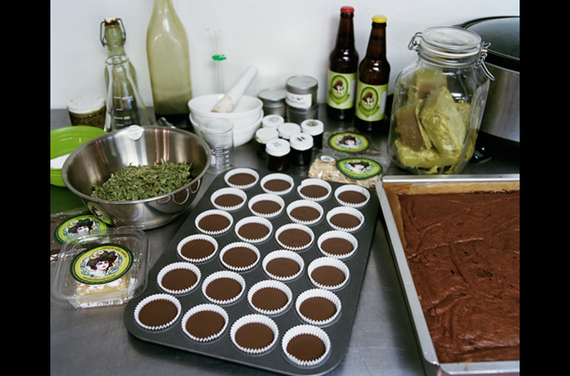 "If it's very strong marijuana, [experienced smokers] smoke less. If it's weak, they smoke more. And they can do that because the effects come on so quickly," she says. "But with eating [cannabis] it you cannot do that, so it's going to be a real experiment with yourself to find something you're comfortable with."

As for us, we left Ronni feeling good.

I didn't know how right I was. 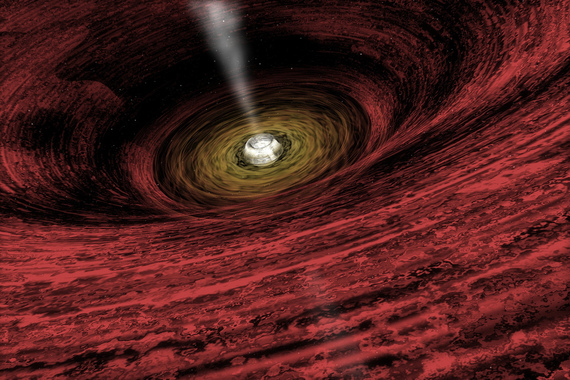 You'll have to listen to the full episode to hear what happened after that. But Jad summed it up pretty well a few days later:

"Every time I blinked I literally would forget where I was. The continuity that is the thread of life was gone and it stayed gone for a whole day and a half."

But who's to blame here? Was Ronni too careless about her dosage? Were we too gluttonous in our eating? Is consistent and controlled cannabis cuisine simply a pipe dream?

Here's Why August Is Becoming Such A Popular Baby Name