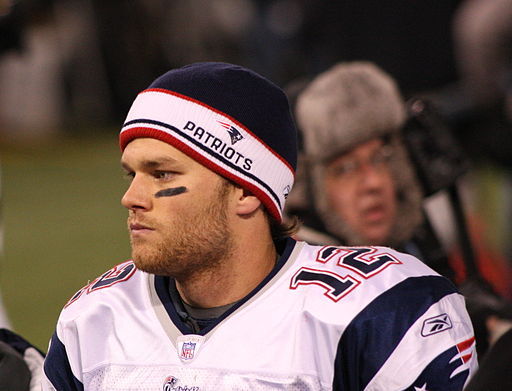 NFL fans are some of the most passionate in the entire world, certainly in all of sports. For four months out of the year, and five for successful teams, we wear our hearts on our sleeves, our team colors every single week, rooting hard, because anything can happen on Sunday. NFL fans love their teams, and aren't afraid to tell anyone who will listen.

The NFL is the most popular game in the country by a wide margin, thanks to the legions of fans from all over the map. But sometimes, we take our fandom outside of the white lines, and that is when we need to take a step back.

Everyone has heard about the "Deflategate" situation ad nauseum. Punishment has been laid down, splitting the fans of the sport, Patriots fans vs. everyone else. In response to the fine levied to the Patriots, a fan started a "Go Fund Me" campaign to pay the team's $1 million bill. As of the writing of this post, the campaign raised over $15,000 (Go Fund Me).

When viewing the "Go Fund Me" website, the front page reveals campaigns to help families pay for surgery, a fund to build homes for homeless veterans, and a fund to help a young child travel to compete in a National Spelling Bee, just to name a few. Aren't these the types of cases that belong on crowdfunding websites? Aren't these situations more important than paying a fine for a professional football team?

And to the fans that are adding to the fund, consider what you are doing? Whether you believe the team is guilty or not, the Patriots are worth far more than the $1 million, as is every NFL team. The team doesn't need the help. Why not support Tom Brady by donating to one of his many charities? Wouldn't that be a more productive way to spend money?

And then, the New York Jets fans respond, by paying for 12 billboards around New Jersey, displaying the moniker "#TomShady." They have been purchased by anonymous Jets fans, and can been seen at prominent locations around the state.

Jets fans, just like Patriots fans, have the right to spend their money however they see fit. But, what purpose do billboards serve? Does it change anything about what has occurred, or what is going to occur on the football field? Again, might it be more productive to spend money on charity? The Jets support quite a few, maybe we should support our team in that way.

NFL fans are the greatest around. Their passion is second to none. They support their chosen teams through good times and bad. Being around football fans on Sunday can be the greatest times one can have. But when it spills over into our regular lives, it's time to step back.

Remember fans, it's only a game. Keep it in perspective, NFL fans.

For more from Alan Schechter, check him out at EndZone Score.