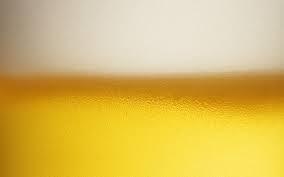 Smile like you mean it -- Right after I poured her a gin and tonic, and squeezed extra limes in the bubbles, she asked, why are you so miserable? She was training to be a therapist. But I wasn't bitter. I told her I owned a less than stellar I.Q and she was mistaking misery for a lack of brains. She went away, somewhat confused.

unLucky -- Mc Crainey and I bought lottery tickets. He helps me sweep up at closing time. He lives in a bad hotel on the corner of the block. At bedtime, he stuffs paper into his ears to stop bugs crawling into them. If you win, what will you do with your money? I ask him. Find myself a wife, he says. He wants bliss more than anything. No numbers came up.

Tag Words -- Someone tagged the No Tagging sign last night.

Followers -- Happy people came in. It's a bar, after all. Shots of tequila flowed. I joined in. A dude asked if I was having a good day? He was in Human Resources at a major tech company. I told him I was having a very good day. I claimed another three followers on Twitter. He nodded, agreeably.

Flashback -- it's true, over twenty-five years slinging whisky. Way back then, a Monday night, and a priest named Father John drinking Jack in a dog collar. He showed me a holy ring on his finger. The father in Rome blessed it, he said. For some, Halloween was every day. I was suspicious. I pressed him on theology; he knew what he was talking about. Beads of sweat crisscrossed his forehead. Another Jack. Then another. After closing, I walked down the street, and saw him in the bushes in front of an apartment building. He was not alone. Who was I to judge?