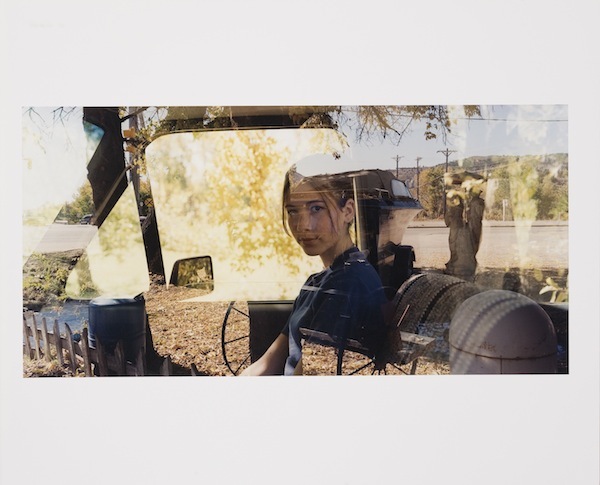 The chromogenic color prints of Robert Benjamin on view at the Denver Art Museum are subtle yet powerful, filled with the breath of a soul and the enlightenment of a man who clearly appreciates the simple and beautiful qualities of human life. The exhibit itself is like a meditation. "What is the path? the Zen Master Nan-sen was asked. "Everyday life is the path," he answered. It is this everyday life, Benjamin's everyday life, that we see in the images on the walls. Images of his daughter in a plaid dress, his son asleep on the sofa, his wife in a swimming pool, or picking roses from a garden. It is the powerful color in the images that make these photographs art (though Benjamin disagrees with me on this point saying he is not an artist. "I'm a photographer. That's noble enough.") But beyond the artistic quality of the work there is a deeply spiritual and pure intention behind each photograph on display. These are more than notes, they are a testament, visual clues to help the viewer find their own path, a reminder of what truly matters in this life.

When Robert Benjamin began taking photos 30 years ago he was living in New York City and saw a book of photographs by Edward Weston, which he found to be pretty wonderful. "At the same time I started photographing I started a spiritual life so they are entwined to me. They are inseparable. How I see the world spiritually, or as a family member or as a member of the world they are all integral. I'm not a photographer separate from a spiritual life or separate from being a dad. To me there is no separation. They all happened at the same time so i can't really separate them inside myself. To me, i don't know, this is a spiritual pursuit as well anything. I discovered them all at the same time. I became alive at that point," Benjamin said to me while staff and volunteers at the museum finished hanging the exhibit in preparation for the opening night back in November. He called each photograph a totem, an emblem of significance. Eric Paddock, curator of photography at DAM interjected: "A lot of people people make snapshots of their families and the picture represents a whole constellation of feelings and ideas and events and it recalls that time and place, but every person who makes those kind of pictures makes them with a different level of awareness or consciousness or hope and in that case some pictures end up being more important than others, but I don't think that's the case with Benjamin." Each photograph seems to have equal value and meaning, a solid weight and heft to it's totem-ness. The images on display span about twenty years of the artist's life and nothing is separate from anything else. But don't think for a moment that this was just some project of a dad who picked up a camera and documented the life of his family. It's not like that at all. "It was no decision, it was something I couldn't avoid but to do," Benjamin said. "You know, people make up projects so they have something to do. I never did that. I did this." 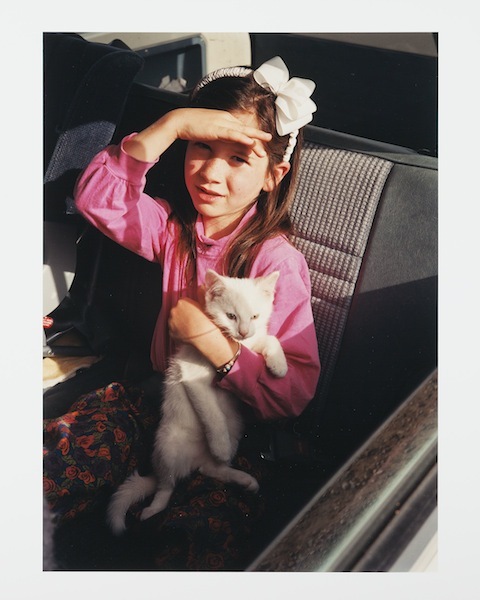 I asked him about a specific image my eyes were drawn to--that of a little girl holding a kitten, wearing a bright pink blouse. It's his daughter Nelly. She wanted a kitten and they got a kitten from a shelter and brought it home to her. Benjamin took pictures of her. "My idea of a successful picture is not something I've seen before. And so it's a lot of things. Its' a family picture. It's a totem really. It's a snapshot its' something way beyond all that but I don't know what though, I just like it. I mean, I don't know what these things are to other people, it pleases me, there's a lot of elements. I like how the frame is filled. I don't like the word composition because I don't know what it means, but I like the edges of the picture to have information. I think she's beautiful.

Photography is simply camera and film and light, but it is also so much more. Through the eyes of Robert Benjamin photography is honest and truthful, humorous and sensual. "This is about something. It's not about design or being 'in the know,' its about life. Life is beautiful at times. Most of the time. And art as separate from your lives, I don't get that at all. I don't get separation, separation to me is a silly concept. Everyone is whole. And this is about accepting it."

It's also about creating a poem from the different notes that make up the exhibit. These particular notes tell the complete tale of a quiet life. "These are all shards of stained glass window to me. It's the first time I've seen them up. Ever," Benjamin said. Yes. Ever. For thirty years he has avoided exhibiting or showing his photographs. Not his wife, nor his friends ever saw all the images. "I was more interested in making the pictures. It seemed like an interference to me. I wasn't into it for that reason. These are made to please me and no one else. They were never meant to be exhibited. I have a basement full of prints in boxes. I'd make a print and put it in a box and it would sit for twenty years." 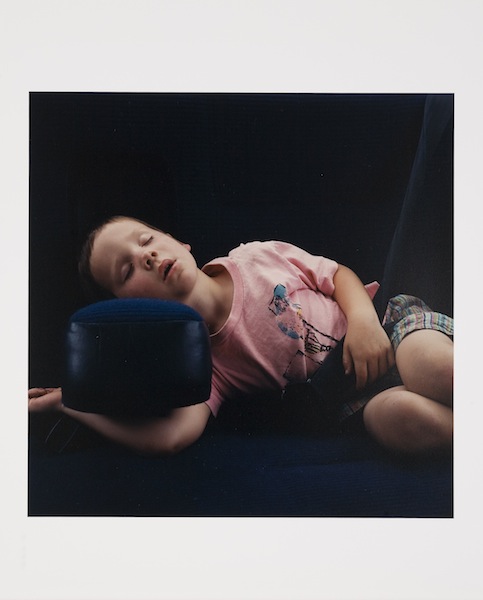 And this is the magic found in the photographs of Robert Benjamin, made without thought of exhibition or marketing, commercialism or anything more than pure love of craft--of making the best possible photograph he could. A photograph that is velvet in texture, while explosive in rich, saturated color, pure in essence and meaning. As Paddock put it: "There's no can't. There's no superficiality. On some level these photographs are really about the pleasures of looking and the pleasures of being in the world and to me they're a tremendous affirmation of life and of quietness. I also really appreciate the humility of the photographs. They don't seem to try and be anything that they're not, they don't try to put ideas ahead of heart."

There is a purity to this exhibition that is not seen in the art world. A sacredness. Everything about each photograph is observed and orchestrated with tremendous care, the use of color, the filling of the frame, the content. Nothing is gratuitous. The color is there for a reason, selected and printed by hand on Kodak Portra paper, which is no longer made. Benjamin has scrounged up about 400 sheets. He sill takes pictures, but he's not sure how he will print them, sick from the chemicals required to make the C-prints, the last remaining paper stashed in his basement. The great news is this is his first exhibition and there are 40 years worth of photography remaining to be unboxed. There are many more notes from Benjamin's quiet life to be shared. And that is a very good thing.