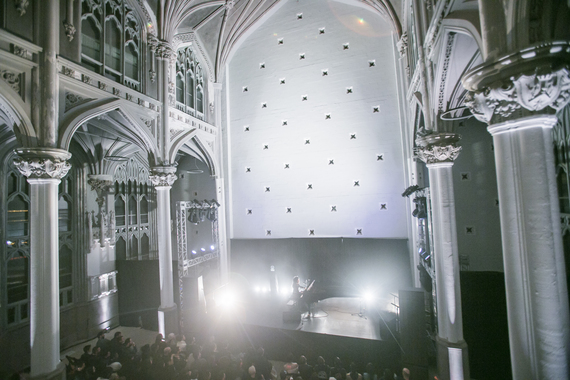 We were in the company of God below the soaring arches of St. Thomas The Apostle Church in Harlem, New York City the other night. The venue was perfect to witness the powerful singular vision of Diamanda Galás. The performance allegedly caused something of a small scandal in the neighborhood. Reportedly certain members of the community were not too happy about the "Litanies of Satan" singer making an appearance in this venerated church. Gladly, the three shows went on and the religious folks did not get their way with free speech.

Red Bull Music Academy has done a fine job curating a disparately wide variety of acts throughout interesting venues in New York City. This beautiful, ornate, Neo-Gothic church opened in 1907 and is currently deconsecrated to become a community center. A young architect named Thomas Henry Poole was commissioned by Reverend John J. U. Keogan in 1889 to design a small temporary one-story structure for the growing congregation. Afterwards the church bought the land on 118th St. and a new church was commissioned. Thomas Henry Poole, who clearly had a taste for high drama, was brought back in as the architect. The result is a grand, experimental, mash-up of gothic architectural styles. According to the A/A Guide to New York City, the church is "berserk eclecticism".

As we entered the church last Thursday night it was dark and there was the sounds of low humming zips, zaps, and gurgles of ambient electronic music infusing the mood. The crowd was out in full Goth finery. The women looked beautiful in full black velvet gowns, silver jewelry, and dark makeup. Right before the show began, a woman in front of us removed her cape and proceeded to sit on it with her friend. The men didn't look as good, but there were a few vampires present working it out. In a black hoodie, I felt severely underdressed although my date had on a fly red dress. Galás emerged with very little dramatic flair and proceeded to sit at her nine-foot Steinway piano. 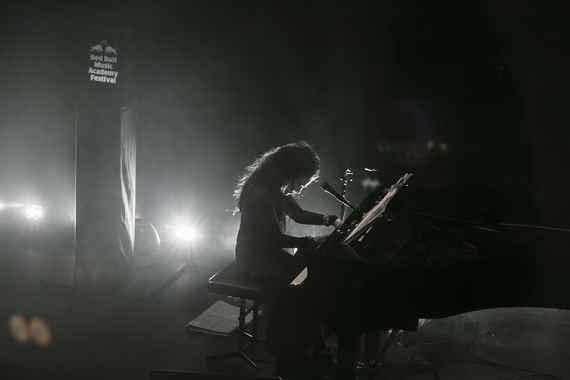 Her first concert in eight years, Diamanda Galás sang operas, blues, screeches, and screams. Galás's work is best described as an amalgam of opera and blues through a Goth sensibility. Her striking look is deceptive in that there is nothing traditionally "Goth-rock" about her music, although she defines "Gothic" in the classical sense. When you think about what goth really is, it can encompass the traditional 80's British synthpop stars, as much as the aesthetic of the Flannery O'Connor's American south, to the dark allure of Lord Byron's poetry and persona of the early 19th Century.

A recent New York Times profile described her voice best, "... [Galás] continually breaches the limits of music, improvising, mixing classical bel canto singing with demonic shrieks, muttering and glossolalic runs. Her vocal range is stunning, though the precise parameter is unknown. Theories put it at anywhere from three and a half octaves to eight octaves, and, like the Gyuto monks of Tibet, she can invoke more than one at a time." 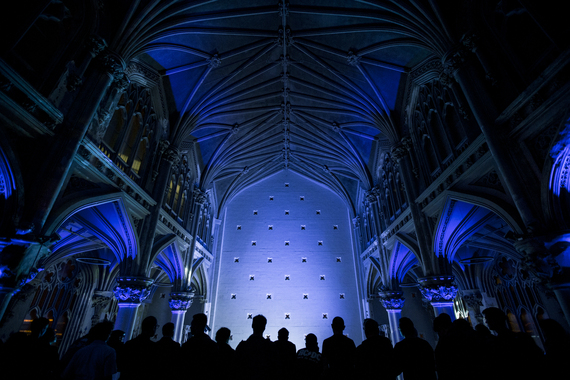 I understand the set was made up of a new work titled Death Will Come And Will Have Your Eyes. She sang several songs I had never heard before, and in many languages. Much has been written about her vocal range and prodigious talents. What I can tell you is that when confronted with a perfect art like this, one has no choice but to succumb to beauty, tragedy, and drama. These songs have such strong roots in the history of western music, that are rare as they blend styles from antiquity through the mid 20th century, and present as somber as a funeral. Art at this level makes you remember what drew you to art in the first place. The experience continues to reverberate.