From Paris to New York to Los Angeles the cry rings out, "What the hell were they thinking?" We're irresistibly drawn to the stories of Anthony Weiner, Dominique Straus-Kahn and Arnold Schwarzenegger by the conundrum they offer. How could these smart, savvy, charismatic men of power make the impulsive decisions to risk so much for brief sexual pleasure? Most explanations focus upon their social environment: These men are surrounded by people who are eager to please and flatter them and to cover up for their mistakes.

That is true but it misses a crucial point: For humans, and particularly for male humans, a certain degree of novelty-seeking and risk-taking are traits that promote success, not just in the world of business, politics, academia or sports, but in the evolutionary sense of propagating one's genes in the next generation. In my book, "The Compass of Pleasure: How Our Brains Make Fatty Foods, Orgasm, Exercise, Marijuana, Generosity, Vodka, Learning, and Gambling Feel So Good," I discuss that there are brain centers for pleasure and reward that use the neurotransmitter dopamine and that these centers are activated by stimuli as diverse as orgasm, alcohol and food. Genetic variants that ratchet down dopamine signaling substantially increase risk-taking and novelty-seeking behaviors as their bearers seek high levels of stimulation to reach the same set-point of pleasure that "normals" can achieve with more moderate indulgence. These behaviors often provide a drive for career success but they also confer an increased risk for antisocial compulsive behavior in many realms, from sex to gambling to drugs and alcohol. The essence of these Shakespearean tragedies is partly genetic: the seeds of the rise and fall of men of power are often buried in the same sections of their DNA.

Who are some of the most notorious men to let their brains' pleasure centers override common sense?

Anthony Weiner, Straus-Kahn, Arnold Schwarzenegger: Are They Just Bad Boy Politicians Or Is It Their DNA? (PHOTOS) 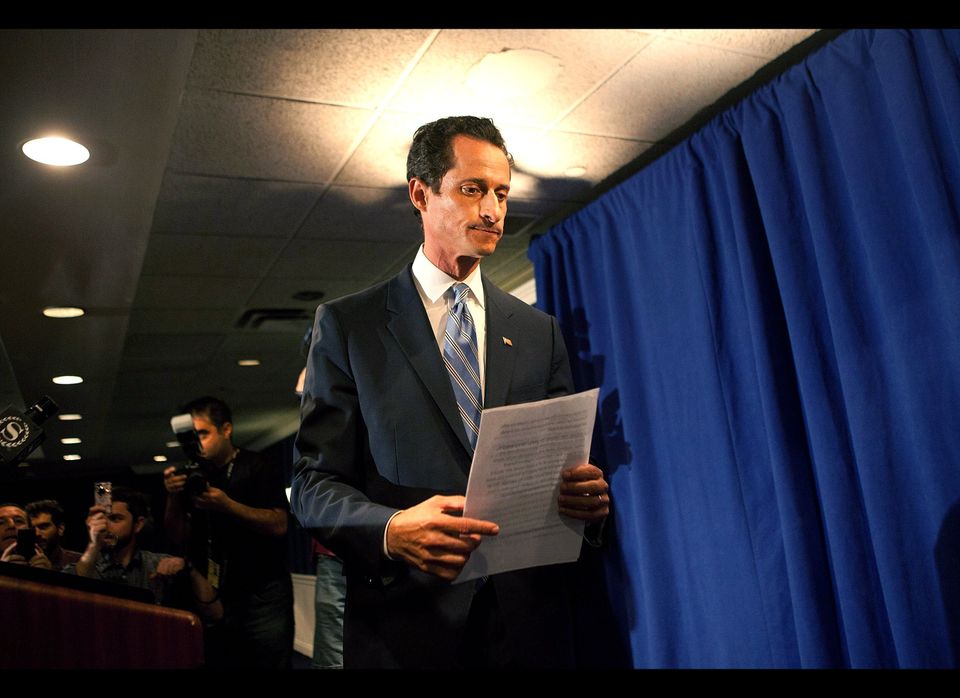 1 / 6
Anthony Weiner
Anthony Weiner, married Congressman from New York City, admitted sending sexy emails and Twitter messages to college-age women, some adorned with now-famous ostensible beefcake photos. We now know that, in gambling, the brain's pleasure centers are activated not just with winning but also during the anticipation phase, while the roulette wheel is spinning for example. Is Twitter Weiner's roulette wheel?
Getty