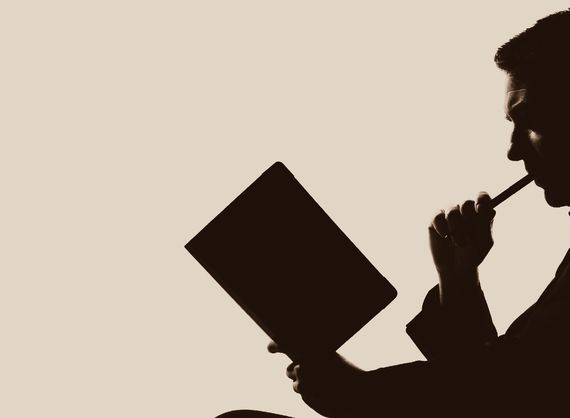 The recent flap over a romance novel titled For Such a Time whose plot features a concentration camp inmate falling in love with her Nazi captor has aroused the wrath of various critics and readers on grounds that it is too discomfiting and disturbing to have been published.

In its basic concept, what makes the novel unique is that it is a fictional portrayal in which the author not only relates the actions but imagines the thoughts of his or her characters. As they say, actions speak louder than words but actions in real life do not always mirror one's true thoughts and motivations. Those of us who assiduously follow the oral antics of politicians need no further explanation.

Shakespeare, as always, offers an exception to the rule, since the characters in his plays often reveal their inner thoughts through monologues, of which the unforgettable speech of the conflicted Hamlet will attest.

A serious novelist, above all, seeks truth and understands that an action by a character is often contrived to pursue a contrary attitude or motive. Those characters conceived in the author's imagination often are portrayed to act socially and morally acceptable to people with whom they interact. As in real life many people hide counter thoughts and judgments that can insult, do emotional harm, display bias, prejudice and outright hatred all the while pursuing a conspiratorial agenda. Of course, one should strive to apply inner discipline to speech that reaches an unacceptable level of vilification or danger to others.

The concept of free speech has a long history of debate attempting to define its boundaries constitutionally, psychologically and emotionally - there may never be a definition that satisfies everyone but it is the job of the serious novelist and the metric of his or her talent to look beyond the surface of speech and public appearance and delve deeply into a character's mind in order to reveal the true motives that lie behind the façade. If I had been bogged down by worries of what others thought of my work in terms of whether or not something was "politically correct," my creativity would have been utterly stifled. In my forthcoming novel Torture Man, I explore controversial themes in all of their complexities.

At times the character, as in the case of the romance novel cited earlier, is revealed as knowing full well that he or she is acting in a way counter to the overwhelming opinion of others, but he or she cannot discipline powerful inner yearnings and passions to conform to such judgments. In the case of love, for example, no one has yet defined the motivation of how and where such feelings come from.

How does an inmate of a concentration camp fall passionately in love with a person who represents everything that she opposes, whose commitment is to the very cause of her demise?

Argument and debate, however heated, outrageous, offensive, hurtful and profane is the price we pay for the privilege of speaking freely. We are currently going through a period where speech is being severely restricted and goal posts of tolerance are moving closer to allegedly protect people from discomfort of any kind.

Yes, words matter and that old nursery rhyme of "sticks and stones will break my bones but words will never hurt me" seems less applicable to contemporary life as it once was when the tonal level was more a local whisper than a global scream.

Warren Adler's forthcoming novel, Torture Man, is slated to be released in late November. Available for pre-order here. Other Film/TV projects currently in development for Adler include the Hollywood sequel to The War of the Roses - The War of the Roses: The Children, along with other projects including Capitol Crimes, a television series based on Warren Adler's Fiona Fitzgerald mystery novels (Bo Derek as Co-Executive Producer), as well as a feature film based on Warren Adler and James Humes' WWII thriller, Target Churchill, in association with Myles Nestel and Lisa Wilson of The Solution Entertainment Group. Keep up to date with the latest film developments on www.greyeaglefilms.com