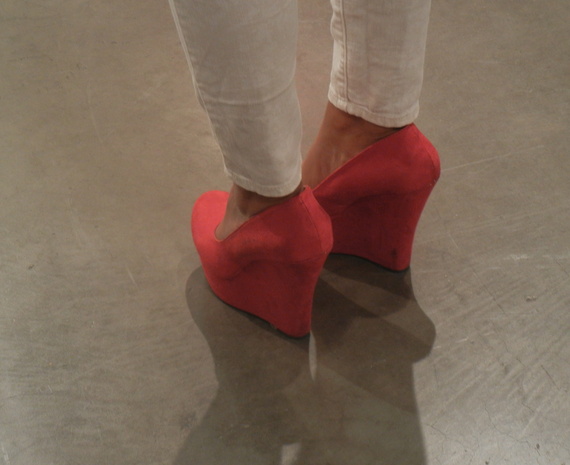 The night of November 8 was an interesting surprise, not just for us in the USA, but for people around the world. Analysts, neighbors, friends, everyone is talking about this unexpected turn of events, trying to make meaning out of it.

One level of concern goes to the speculations of what it will mean for markets, economies, peace, environment and the future of our planetary ecosystem. This is already a lot, yet what happened goes beyond the result of a political campaign. The surprising result also holds a multiplicity of messages that we need to hear, understand, and take into consideration.

Watching the unfolding last night on TV, as results became clearer, I felt a familiar feeling: it came from the year 1976 in Argentina, when the Military Junta took over the country. The years that followed were filled with suspicion, paranoia, detained friends, fear, domination and intimidation. I survived it. Somehow I found a way to honor my principles and values, even my questioning. I had to be careful and not be public in my utterances, but the principles and ideals didn't die off, and they are at the foundation of who I am today.

I read a message from Greenpeace this morning, saying that when they started they were protesting nuclear testing in the ocean, and they were a small group of individuals taking on big interests, big powers. And we can see what happened: they became an active international organization continually standing up for the rights of people and the biosphere.

The difference from the world of those days, the early 1970s, and today is that we are more connected, more empowered through information access, thanks to our handheld devices and the Internet. We are more able to form networks with like-minded individuals across the globe, and to act. The difference is that following a huge variety of passions and causes, people around the world are joining in groups, teams, grassroots initiatives, entrepreneurial projects, think tanks, spiritual movements, small and large. Children are questioning us at TED Talks, indigenous groups, women, and minorities are speaking up. As environmentalist Paul Hawken put it, there is a 'blessed unrest'. A movement is underway, without a single leader, but with the relentlessness of a tide. People stand up and 'let their voice be heard', with less fear and more confidence, encouraged by seeing others who do it. The causes are diverse: whether it's the voice of those that suffer under globalization, contaminated water, climate change, poor access to education, inequality, restrictive marriage rights, or whether it is those speaking up for the unborn and for the planet they will inherit, for people and all species.

There is a growing consciousness that we all have an untapped resource- our voice, our collective action. The 99% may be symbolic, but it is a strong symbol. 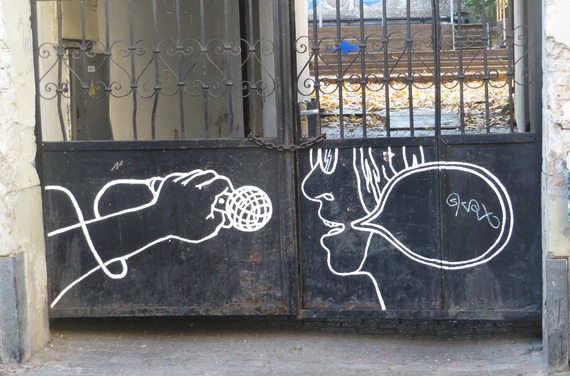 A few days ago I was reflecting that if a national election has an impact on other parts of the world, people in other parts of the world should be able to vote too. This may be a logistical nightmare, but the concept behind this is that we are living on a single space ship- Earth, and we are visibly interconnected. More than ever in human history. The attempt to build material or virtual walls is a vain effort, and we know it. That may have been a good idea 2200 years ago in China. The 1961 wall idea in Germany lasted just 28 years.

Like it or not, ideas circulate across the globe, and are more powerful than weapons, walls and money. They are today the most powerful force: uncontainable, invisible, intangible, pervasive, viral. They are the most distributed empowerment, and reside in each individual who pauses to acknowledge it in him/herself.

So if the results of the election make me fear inequality, disrespect of minorities, unraveling of climate change agreements, continued destruction of nature, warrior and bullying behaviors, what is my role? What will I do, do more, do less, do differently? One of my answers is that the message of compassion, peace and planet stewardship needs to continue, and to be bolder. This is not a time for hesitation, shyness or silent by standing.

A friend in Sweden wrote to me this morning, reflecting herself on what the result of the US election means to her and her life purpose. She made me think, and triggered this blog post. We are all expanding circles.