Another month, another jobs report with something for both the optimists and pessimists. Here's something both should agree on, though: The job market is still not nearly strong enough.

The unemployment rate fell from 7.9 percent to 7.7 percent in November, the Bureau of Labor Statistics reported on Friday, the lowest jobless rate in four years. The number of workers on nonfarm payrolls expanded by 146,000 jobs -- better than Wall Street economists expected.

So that's the good news, the kind of news that makes Jack Welch suspicious. Behind the headlines, though, the guts of the report were more troubling.

For one thing, the government's estimate of job growth in September and October was revised lower by 49,000 jobs. With those revisions, job creation has averaged less than 139,000 per month in the past three months. That is less than the number of jobs, roughly 150,000 per month, needed to keep up with population growth.

Meanwhile, the unemployment rate did not fall because there were a ton more jobs in the economy. In fact, the number of people counted as "employed" in the survey that produces the jobless rate -- which is separate from the business survey that produces the payrolls report -- fell by 122,000. The unemployment rate dropped only because a whopping 350,000 people left the labor force. 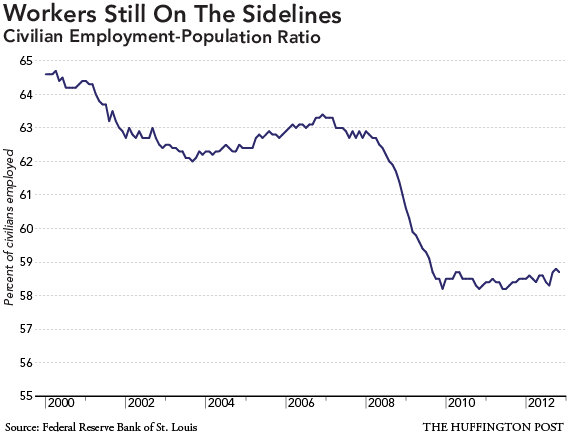 Unemployment is a measure of the number of unemployed people in the labor force. When the labor force shrinks, unemployment can shrink, too. This has been a feature of several reports since the recovery, leading to a lot of head-scratching about the cause.

If you're a glass-half-empty type, or Jack Welch, you see the drop in labor-force participation rate as a sign of widespread despair over the state of the job market. The truth is more nuanced.

What's more, while the labor force shrank by 350,000 last month, that number jumps around a whole lot -- it had grown by about one million in the prior two months. Over the past three months combined, the labor force has grown by 646,000 people.

The Labor Department said 369,000 people were out of work last month because of bad weather, more than five times the usual amount. That figure suggests Hurricane Sandy may have had an impact on the numbers, including the labor-force data.

"That spike largely explains both the dip in household employment and the labor force, so expect a rebound in December as those people get back to work," wrote Paul Ashworth, chief U.S. economist at Capital Economics in Toronto.

OK, enough sunshine. Pull back the view even further, and you see that a broader measure of labor-force participation, the civilian employment-population ratio, has never recovered after collapsing from about 63 percent to below 59 percent during the recession. Some of this has to do with Baby Boomers retiring, meaning we shouldn't expect the ratio to return to its pre-recession high. But the Baby Boomers likely did not retire all at once.

What's more likely is that there still are not nearly enough jobs to go around. The average duration of unemployment is 40 weeks, not far from its post-recession peak. At nearly 8 percent, unemployment is far too high, and the recent pace of job growth is far too slow to bring it down meaningfully.

The last recession is five years old this month, and yet we have only recovered half of the 8 million jobs lost during the recession. At the pace of growth of the past three months, it will take two and a half more years simply to get back to pre-recession employment. That is far too long.

PHOTO GALLERY
Jobs With The Most Tips
Mark Gongloff
Managing Editor, Business and Tech, The Huffington Post
Suggest a correction 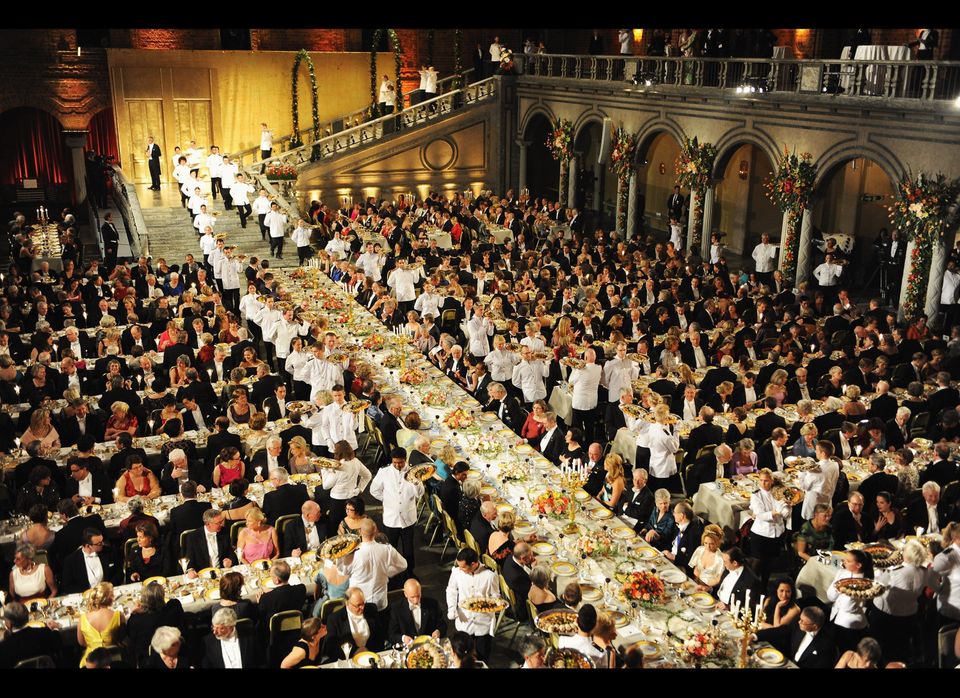