When I heard last year that Amazon was doing a miniseries based on Philip K. Dick's Hugo-winning novel from the Sixties, I discovered that the book had been sitting on my shelves between DeLillo and Didion for years. But somehow I'd never gotten around to reading it. Once I picked up the old paperback and dusted it off, I couldn't put it down. 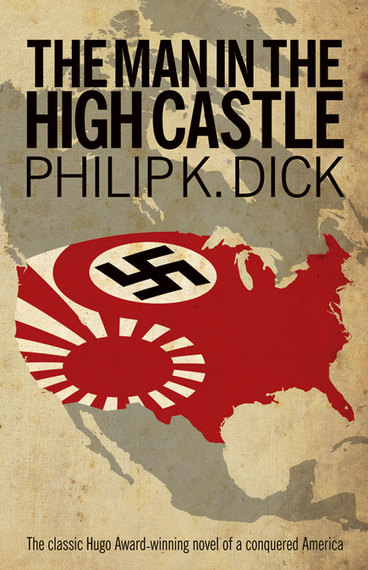 Dick created something amazing: a beautifully-written dystopian sci-fi thriller (with a twist) that's also a spy novel and a psychological portrait of people living under fascist occupation. That occupation doesn't just affect their lives, it changes the way they think--and his prose reflects it. The show now has a second season available on Amazon Video, so why wait any longer to read the book?

The set-up is dazzling: Japan and Germany have won the war and divided the US between them, but they're contemptuous rivals. The Nazis have the the atomic bomb and plan to use it on Japan once Hitler dies and a new leader takes over. Germany also has space flight and super-fast jets. Meanwhile, lesser mortals struggle to survive, to accommodate themselves to a new world where values have shifted entirely--just as they did all across occupied Europe in World War II. 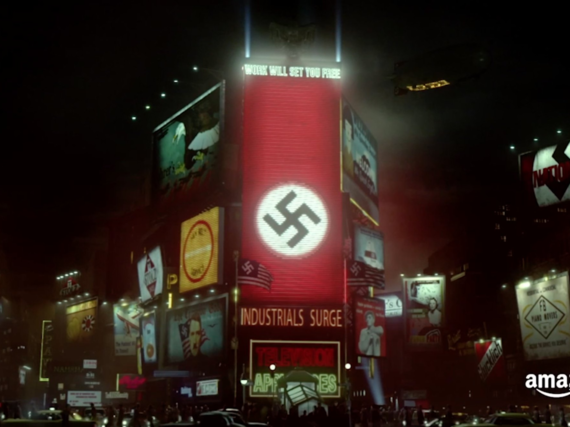 And that's what the series showed in Season One so brilliantly in each occupied part of America. It wasn't just that Japanese flags, Nazi swastikas, bowing and Sieg Heils were ubiquitous. The producers imbued the streets and clothes themselves with moral corruption and decay--as you might imagine any European country would have become after several decades of Nazi rule. The war was over but everyone came across as either besieged or embattled, especially since there was a Resistance, and because a murky Neutral Zone lay between Japanese and German territory. 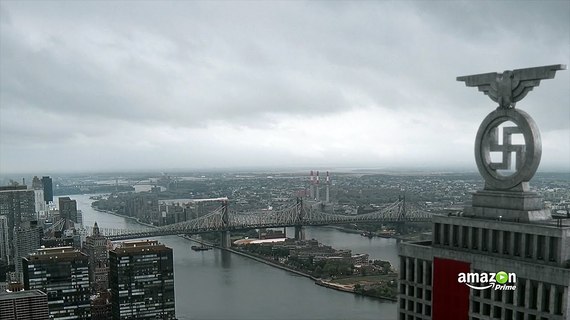 The series opened up the book in fascinating, even horrific ways, making its hero Frank more of a common man who audiences can relate to, and adds some insidious villains who are far too believable. At every turn, I was thrilled by how the book was been expanded and enriched without betraying the brilliant source material.

I completely disagreed last year with the New York Times reviewer who thought the series slow and clichéd, based on just the six episodes he watched. As the former crime fiction reviewer for the Detroit Free Press and a thriller buff, I've read and seen plenty of clichéd dialogue. These people weren't (and aren't) clichéd, though there were touches now and then of dialogue that didn't seem right for the 1960s--but that's a minor flaw. 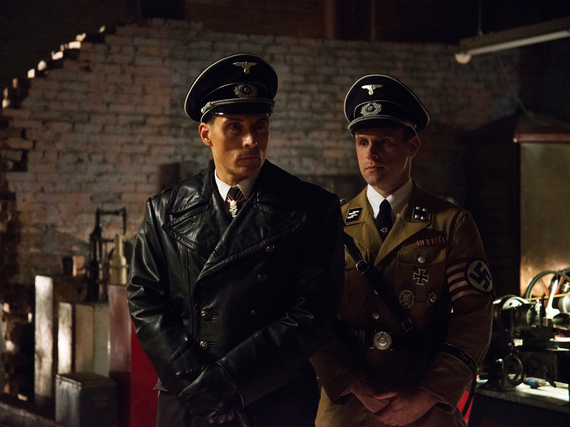 Amazon's debut adaptation of Dick's novel was fresh, tense, and exciting--sometimes even harrowing. The first season was as mesmerizing as the novel, down to the editing and the soundtrack, with each episode building in intensity like House of Cards. Only so much more was at stake: freedom.

Now, remarkably, with a second season, the series truly has a life of its own, extending Dick's world into new territory that's even more complex and layered. We go deeper into the belly of the beast as an American-born spy for Germany is summoned to Berlin to meet his high-ranking Nazi father who tempts him with power and wealth. The woman who helped him escape capture eludes being seized herself in a shocking move with parallels from Cold War thrillers and movies. But has she made her situation worse? It's just one of many mystifying elements--and the season ends with new questions.

There's one slow episode in the ten which otherwise build to a terrific climax. I won't give you more details. You can find those in reviews by TV critics like Melanie McFarland at Salon.com who inexplicably hasn't bothered to read the book even now. The novel isn't a behemoth like Infinite Jest, it's only about 250 pages long and a dystopian masterpiece easily read in a weekend. Be prepared, though. It's as dark as Brave New World and Fahrenheit 451, but more insidious.

Lev Raphael is the author of Assault With a Deadly Lie and 24 other books available on Amazon.