The National Rifle Association asked a vendor at its annual convention in Houston to remove a gory mannequin that resembled President Barack Obama.

BuzzFeed reported Sunday that Zombie Industries, a company that sells life-sized targets that bleed when shot, took down the Obama-esque mannequin after having it on display for two days.

"Someone from the NRA came by and asked us to remove it," a Zombie Industries employee told BuzzFeed. "They thought it looked too much like President Obama."

Zombie Industries calls the model in question "Rocky." The company's website describes the "Rocky" zombie as "HIGHLY dangerous due to his quick wit and strength…he was last seen screaming something like, 'Zombie Industries believes in America!'" 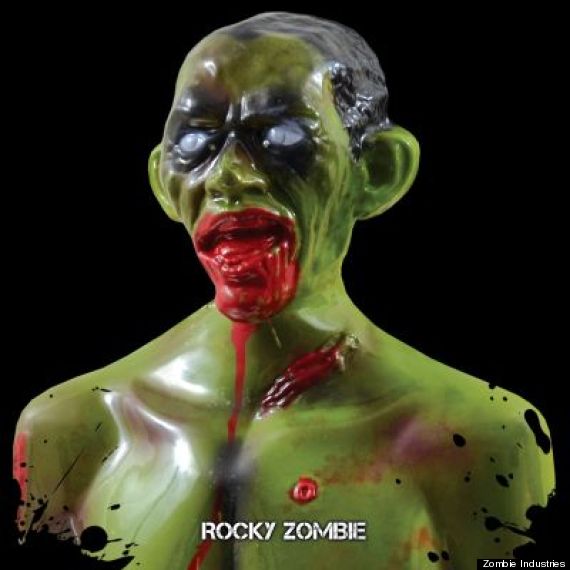 While the company claims any resemblance to actual persons is only a coincidence, the Zombie Industries employee hinted to BuzzFeed that the likeness may be intentional.

"Let's just say I gave my Republican father one for Christmas," the employee said.

1 / 20
Dallas Morning News
<a href="http://dallasmorningviewsblog.dallasnews.com/2013/04/and-speaking-of-cowards-the-senate-gun-vote-is-an-appalling-for-hardliners-and-hypocrites.html/" target="_blank">"And Speaking Of Cowards, The Senate Gun Vote Is An Appalling Victory For Hardliners And Hypocrites"</a>