Have you ever noticed how exceedingly rare it is for a witch, these days, to cook and eat a couple of small children she’s kidnapped? Or for a wolf to devour a little girl and her grandmother without even chewing?

If you’re wondering why these misadventures, so common in centuries past as evidenced by fairy tales like "Little Red Riding Hood" and "Hansel and Gretel,"
seem to have been largely eliminated, the answer is clear: The wide availability of modern firearms, and the solid Second Amendment rights that ensure every American can carry a high-powered weapon in order to protect him- or herself from whatsoever threat might present itself at home, at work, at the library, at school, at the public park, at the local Chili’s, near the gingerbread cottage in the woods, and so on.

The NRA, outlets including NPR and The Washington Post pointed out this week, has published two updated versions of popular fairy tales on their website: “Little Red Riding Hood (Has a Gun)” and “Hansel and Gretel (Have Guns).” According to The Washington Post, author Amelia Hamilton called her rewrites “much kinder” than the originals. In both stories, you’ll doubtless be unsurprised to hear, the young heroes’ access to, and experience with, guns allow them to escape not only death, but hunger, imprisonment, proximity to bubbling cauldrons, and other temporary discomforts.

Actually, if we’re being sticklers, it only allows them to escape the latter things, as neither Red Riding Hood and her granny, nor Hansel and Gretel, wind up deceased in the original, grim fairy tales. But apparently the guns do save their jaunts through the woods from turning into anything more than slightly eventful hunting excursions.

Hamilton has been fairly blithe since her stories hit the Internet, insisting that the tales don't promote gun ownership, but gun safety:

.@proudliberalmom sorry you don't like my stories promoting safety. ¯\_(ツ)_/¯

Red Riding Hood would have been a lot safer if she’d been carrying. Check out my latest @nra https://t.co/5te7xn4Ajo pic.twitter.com/LpTOmrMPwy

Hamilton's pro-gun fantasia seems slightly off-kilter, however. What could it be, what could it... oh, right: None of the bad guys have guns. In the original fairy tales, the villains threaten with all the firepower the era had to offer, whether it was a wolf's teeth and claws or a "witch" with the cunning to capture two kids and a stove to roast them in. The fairy tales heroes' are locked in unpredictable, frightening struggles, but that's because they have to fight fire with fire. The wolf ends up chopped open with a sharp blade by a gallant huntsman, or woodcutter, depending on the version -- in some versions, the women also take harsh revenge on the wolf. Gretel saves herself and her brother by tricking the witch into crawling into the stove and then slamming the door shut, matching the cruel crone wit for wit.

If everyone in the NRA versions had guns, the fairy tales might be more straightforward, but there probably wouldn't be much less bloodshed. A shootout between the good guys and the bad guys just doesn't sound as reassuring as old Granny scaring off the unarmed Big Bad Wolf with her gleaming shotgun. In the NRA tales, somehow, the wolf still has only his teeth and the witch still has only a stove, but only the good guys have guns.

Critics of the harder-edged fairy tales hopped on an #NRAfairytales hashtag to sardonically take the gun-heavy rewrites to their logical extreme, NPR noted.

#NRAFairyTales Beauty saw the Beast and knew what she had to do---one dead beast later--no happy ending for her!

Jack climbs up the beanstalk and the giant shoots him saying "You're trespassing and this is my constitutional right." #NRAFairyTales

Jack & Jill went up the hill to fetch a pail of water. Jack fell down and the gun accidentally discharged. Jill is dead. #NRAFairyTales

Hamilton, the NRA, and their supporters laugh at the idea that such cleaned-up, low-violence fairy tales, in which Red Riding Hood and Gretel stave off captivity and death through the mere flashing of a gun at their cowed enemies, could be harmful pro-gun propaganda for children. Hamilton, who also writes a series of (ahem) children's books called "Growing Patriots," has insisted the stories are for adults, and the NRA claims they’re just for fun.

Of course, it’s easy to claim that an advertisement is for adults even when the form and content (say, fairy tales) seem to be geared toward winning over a coveted youth demographic -- just ask Joe Camel. And let's be clear: the stories might be fun to the NRA, but they are propaganda. The NRA fairy tales have a message, and the message appears to be that young people carrying guns with them, provided they're experienced handlers, will be safe and pretty badass to boot.

In the NRA’s fairy tales, we see that the only reason children were ever hungry or neglected was simple: Guns hadn’t been invented yet, or perhaps a cruel government restricted their ownership. Otherwise, kids just out of diapers could sally out into the woods and save their family from winter starvation by simply bringing down “a magnificent 10-point buck” during a day of casual hunting:

Fortunately, they had been taught how safely to use a gun and had been hunting with their parents most of their lives. They knew that, deep in the forest, there were areas that had never been hunted where they may be able to hunt for food. They knew how to keep themselves safe should they find themselves in trouble. The next morning, before dawn, they left a note for their parents, and gathered their hunting gear. They headed into the forest, grateful that they had the skills to help their family, and were old enough to go out on their own.

[...] [T]hey heard a rustling in the leaves, and slowly turned to see a magnificent 10-point buck drinking from a stream. Gretel readied her rifle and fired.

Her training had paid off, for she was able to bring the buck down instantly with a single shot. She and Hansel quickly field-dressed the deer and packed up to head back home, hardly believing their luck.

And murders? Those need never happen in a day and age when American children have access to advanced firearms, regular sessions at the shooting range, and the almighty protection of the Second Amendment.

The wolf leaned in, jaws open wide, then stopped suddenly. Those big ears heard the unmistakable sound of a shotgun’s safety being clicked off. Those big eyes looked down and saw that grandma had a scattergun aimed right at him. He realized that Grandmother hadn’t been backing away from him; she had been moving towards her shotgun to protect herself and her home.

“I don't think I’ll be eaten today,” said Grandma, “and you won't be eating anyone again.” Grandma kept her gun trained on the wolf, who was too scared to move. Before long, he heard a familiar voice call “Grandmother, I’m here!” Red peeked her head in the door. The wolf couldn’t believe his luck—he had come across two capable ladies in the same day, and they were related! Oh, how he hated when families learned how to protect themselves.

If only every child had a gun on their person at all times, then more real-life stories might end like “Little Red Riding Hood (Has a Gun)." Or, of course, they might end like this, or this, or this. In December, The Washington Post tallied that at least 265 people were accidentally shot by children in 2015. So far, in 2016, the Post reports that 52 children have shot themselves or someone else by accident. Safety training isn't a silver bullet, either; the presence of guns can reportedly lead to higher rates of intentional violence. Studies have suggested having guns in the home significantly increases the likelihood that someone living there will die from suicide or murder.

Hamilton has hinted that she’s working on a gun-filled update of “Three Little Piggies” next. We’re guessing she won’t be working the greatly increased likelihood one of the little piggies would have died from gun violence had they kept a weapon in the house into her NRA-themed tale. Letting those grim statistics in might blow that whole house of straw down. 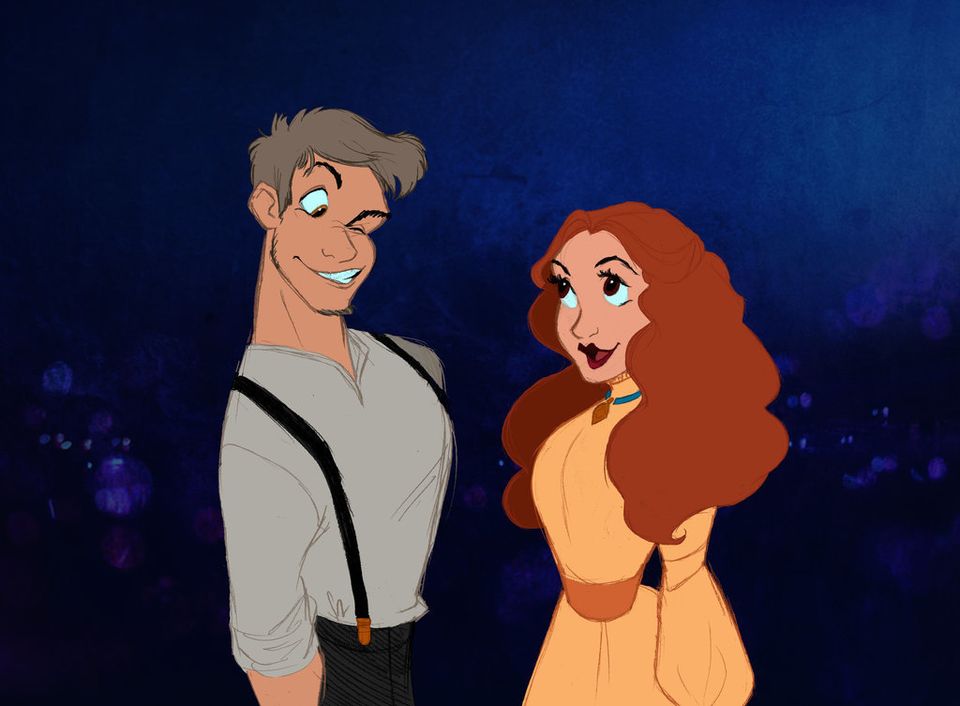