LaPierre seemed a bit flustered this week under questioning by the senators for good reason. The NRA's earlier support for instant background checks was not just a line that LaPierre read to the Judiciary Committee 14 years ago. It was part of an advertising and public relations campaign that the NRA organized following the Columbine massacre to show it was sympathetic to changing gun laws, according to documents and interviews by The Huffington Post.

The message of the NRA's 1999 campaign was "Be Reasonable," and the organization bought ads in top newspapers, including USA Today, The Washington Post, and The Wall Street Journal, to make its case.

"We believe it's reasonable to provide for instant background checks at gun shows, just like gun stores and pawn shops," the USA Today ad reads.

[SCROLL DOWN TO VIEW THE AD]

The USA Today ad, which ran June 1, reprises LaPierre's congressional testimony from a few days before, with a few lines bolded for emphasis. Big letters across the top read, "SPIKE LEE, ROSIE O'DONNELL AND THE REST OF THE COUNTRY'S GUN HATERS NEED TO READ THIS." O'Donnell and Lee were then A-list celebrities and outspoken backers of gun control.

At the time of the ad purchase, the NRA was treading carefully on background checks. The group supported the concept, so long as there was no user fee associated with it. It opposed legislation that would allow the government to retain information gleaned from background checks, and pushed for a short time period for the checks.

"We've always supported instant background checks," LaPierre declared at a Friends of NRA banquet in South Carolina in May 1999, according to a newspaper archive search.

"We say if it's a legitimate gun show -- and we define a gun show as 10 or more exhibitors -- you have to draw the line somewhere, and I think that's a -- the best way you can draw the line -- then we support the check," LaPierre said a month later during an interview on Fox News. Asked by the host whether the NRA was protecting gun shows, LaPierre said, "That's ridiculous … I mean, the fact is that we're supporting the bill in the Senate … that provides a check on every sale at every gun show, no loopholes at all."

In his first public address after the Columbine massacre, LaPierre complained that the NRA's policies "have become so widely mischaracterized that America can't keep in focus a clear understanding of what our principles are." He said the NRA supported gun-free school zones -- another measure he now opposes -- prosecuting more criminals, and imposing harsher sentences for gun crimes.

LaPierre also sought to soothe his membership. He told NRA loyalists the group wouldn't consider supporting an end to the gun show background check loophole without assurance that there would be no transaction fee for the check, and that no computerized records of the checks would be kept.

A week later, LaPierre argued that the real culprit for gun violence was the Clinton administration's failure to prosecute people who attempted to buy guns and were rejected. It was the same argument LaPIerre used Wednesday -- this time directed at President Barack Obama.

By mid-June of 1999, competing gun-control bills in the Democrat-controlled Senate and the GOP-majority House were making their way to the floor. But in the seemingly endless cycle of gun law politics, the Senate bill was too strong for House Republicans, and the House bill -- the one the NRA said it would back, and which Clinton said was ghostwritten by the NRA -- was voted down by both Republicans and Democrats.

This week, when LaPierre announced the NRA's opposition to universal background checks, none of the senators questioned why. An NRA spokesman couldn't immediately be reached. 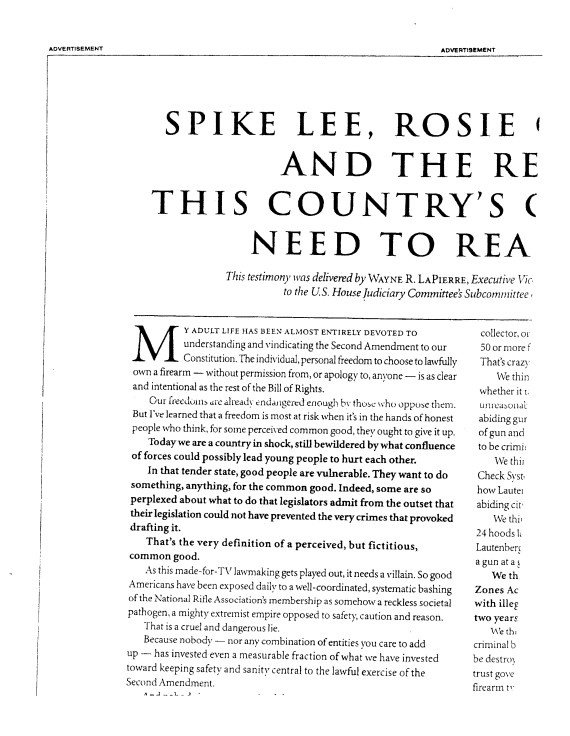 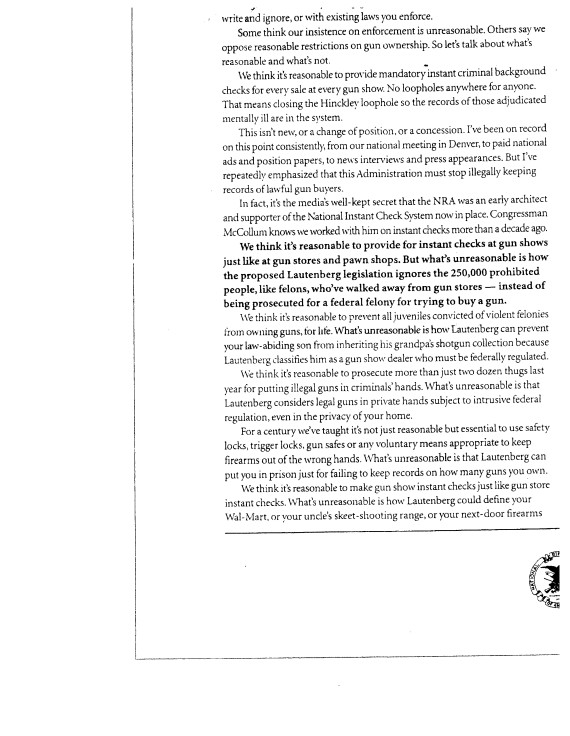 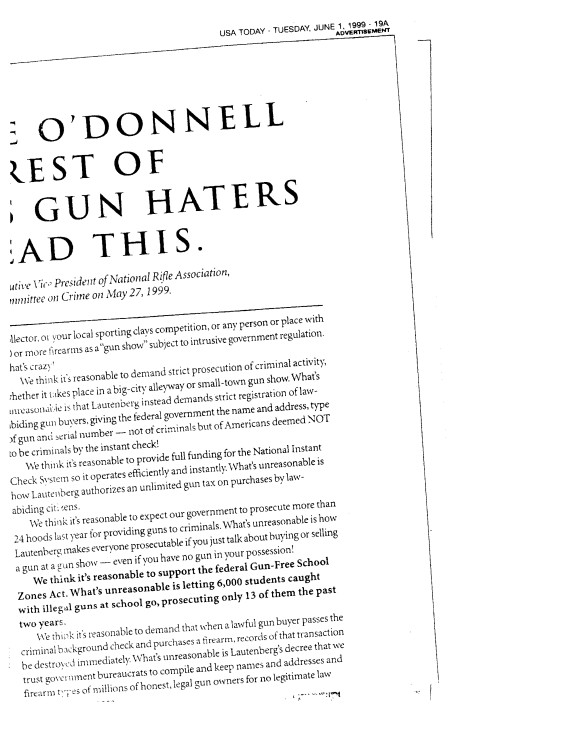 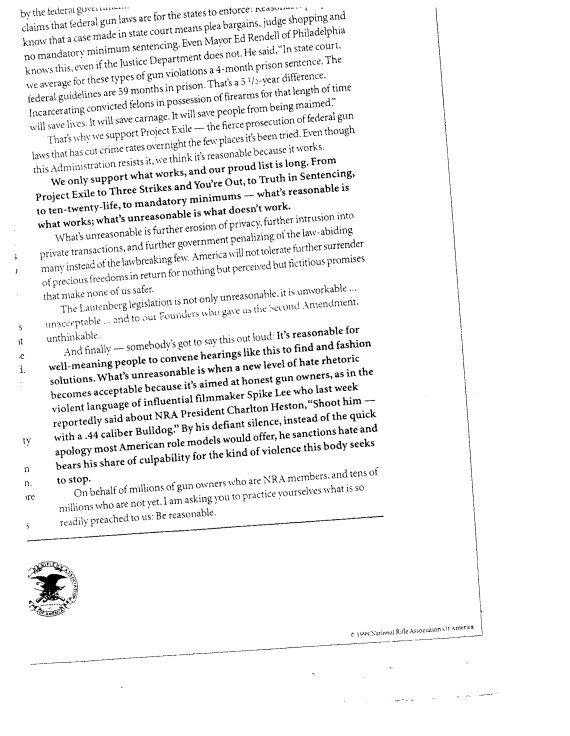