His particular target: venture capitalist Nick Hanauer, who is affiliated with the Washington Alliance for Gun Responsibility and has supported a Washington state gun control initiative. Hanauer has said his family fled Germany to escape the Nazis.

Judy laid into Hanauer and other gun control supporters at a July 23 event opposing the Washington state initiative, I-594, which would require criminal background checks of individuals purchasing firearms in private sales, including at gun shows and online. Current law mandates background checks on licensed-dealer sales; the initiative would extend such checks to most sales and transfers of firearms in the state.

At first, Judy focused on a recent Politico Magazine article by Hanauer that warned about rising income inequality in America. But then his remarks turned toward the Nazis, as can be heard in the above audio:

At the end of this article, Hanauer talks about his family, and they're from Germany. They had a pillow manufacturer in Germany. And in one of the last paragraphs, he talks about his family being run out of Germany by the Nazis. It's like, how stupid can these ... So he's funding, he's put half a million dollars toward this policy, the same policy that led to his family getting run out of Germany by the Nazis. You know it's staggering to me. It's just -- you can't make this stuff up, that these people -- it's like, any Jewish people I meet who are anti-gun, I think, "Are you serious? Do you not remember what happened? And why did that happen? Because they registered guns and then they took them. And now you're supporting gun -- you come to this country and you support gun control? Why did you have to flee to this country in the first place? Hello! Is anybody home here?"

In response to the leaked audio, the Jewish Federation of Greater Seattle called on Judy to resign:

It is deeply offensive for anyone to suggest that Jewish supporters of gun violence prevention have "forgotten" the history of our people. For a representative of the National Rifle Association, or any organization, to repeat the out-of-touch falsehood linking gun violence prevention to Nazi Germany and the Holocaust is not only an ignorant distortion but is exceedingly dangerous.

In 2006, an armed shooter forced his way into the Jewish Federation of Greater Seattle, where he killed one woman and wounded five others.

UPDATE: 10:11 p.m. -- Hanauer responded by telling Seattle Met Magazine: "I'm disappointed, but not surprised. This is a common line of argument from the most extreme members of the gun lobby. The NRA lobbyist finally said in public what we know they think in private. I got involved in this work to move us on from this kind of divisiveness and to focus on solutions."

This article has been updated with additional information about current gun restrictions in Washington.

NRA Lobbyist Belittles Any Jew Who Backs Gun Control Because The Holocaust
Surviving Camden: The Faces of Gun Violence 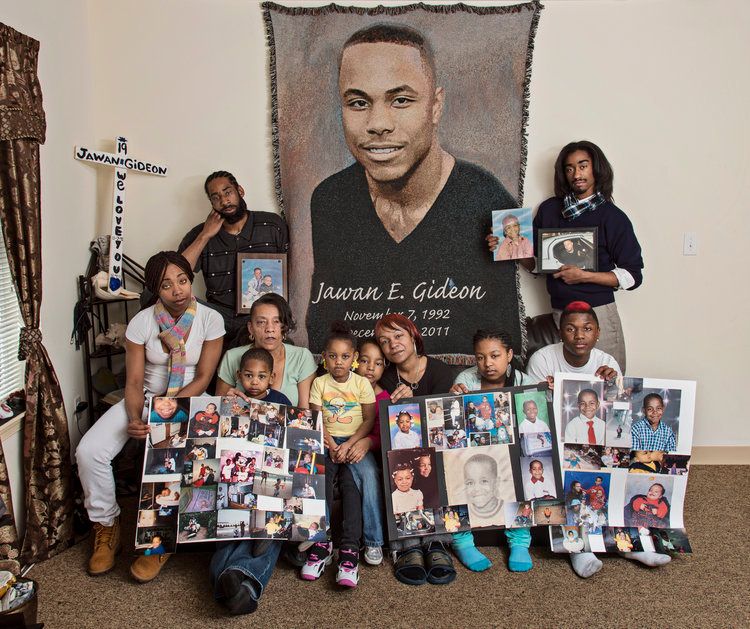 1 / 14
In Memory of Jawan, "Gizzy"
Jawan "Gizzy" Gideon died from a gunshot wound to his head. He was shot from behind while playing cards outside with friends. He was 19 years old.
Kate Pollard Hoffmann