NRATV is shutting down and its critics on Twitter are sending “thoughts and prayers.”

According to The New York Times, the NRA plans to announce on Wednesday that it will pull the plug on production at the network as it severs its relationship with the marketing firm, Ackerman McQueen, which runs NRATV.

Ostensibly created to promote the Second Amendment, the network was better known for advancing conspiracy theories and pulling stunts, such as putting “Thomas the Tank Engine” characters in KKK hoods in response to the children’s show adding a train from Africa:

While Dana Loesch is trending because she was fired by the @NRA from NRATV, a reminder that she put KKK hoods on Thomas & Friends cartoon characters, said she hopes the Mueller report burns in an “AIDS fire,” and called gun safety advocates “tragedy dry humping whores.” pic.twitter.com/yKEsaET501

The NRA and the marketing agency have been embroiled in a souring relationship marked by a lawsuit that accuses the company of attempting an “executive coup” at the gun group.

As of Tuesday night, NRATV was still streaming prerecorded content, and the Times said its archives could remain online. However, the network will end live broadcasting and new production, and its on-air personalities, such as Dana Loesch, “will no longer be the public faces of the N.R.A.”

Many of the network’s critics celebrated on Twitter after learning about its demise:

From its racism to its misogyny to its homophobia to its xenophobia, NRATV is dead because sunlight is the best disinfectant. It took years, but the @NRA is weaker than it's ever been, and the gun safety movement is stronger than its ever been. https://t.co/LChcW8htai

WOW!!! THIS HUGE NEWS. N.R.A. Shuts Down Production of NRATV. Good riddance to this vile, disgusting, lying, gun selling bunch who are part of the culture that lead to 40,000 gun deaths per year, including my daughter Jaime. https://t.co/ZC6am5SXRS

I offered #danaloesch my thoughts and prayers at the ending of #nratv - she blocked me two seconds later! Badge of honor really. #nra pic.twitter.com/hEG5ulQno2

I love that Dana Loesch started her day by defending companies that supply the Trump concentration camps, and ended it by getting fired. Perfection. Chef’s kiss.

I’m sorry to hear of your death. You remain in my thoughts and prayers.

I will miss #NRATV as they provided great clips to illustrate prevalence of far right paranoia in my teaching, but this is good news for US liberal democracy. https://t.co/PLkdLrCqo7

In lieu of flowers, I'm making a donation right now to ⁦@MomsDemand⁩ in your honor.

From me though, won’t be offering you any of that either.

Proudest moment of my life- quick, get a zinger off and get blocked by Dana Loesch while the rage iron is hot! #nratv pic.twitter.com/Xvp3e9XL6n

#NRATV gets punched by the cold fist of truth. https://t.co/lN4nrFLwXJ

NRATV has shut down, and the vile anti-Black racist Dana Loesch is out of a job?

BTW, Dana has been upset with me for a while because I called out her disgusting racism years ago pic.twitter.com/99yNZclLzv

Karma has a long memory. Bye sadly these reprehensible people will find work spewing hatred either on Fox or Sinclair. #nratvhttps://t.co/xD59bEA8Aj 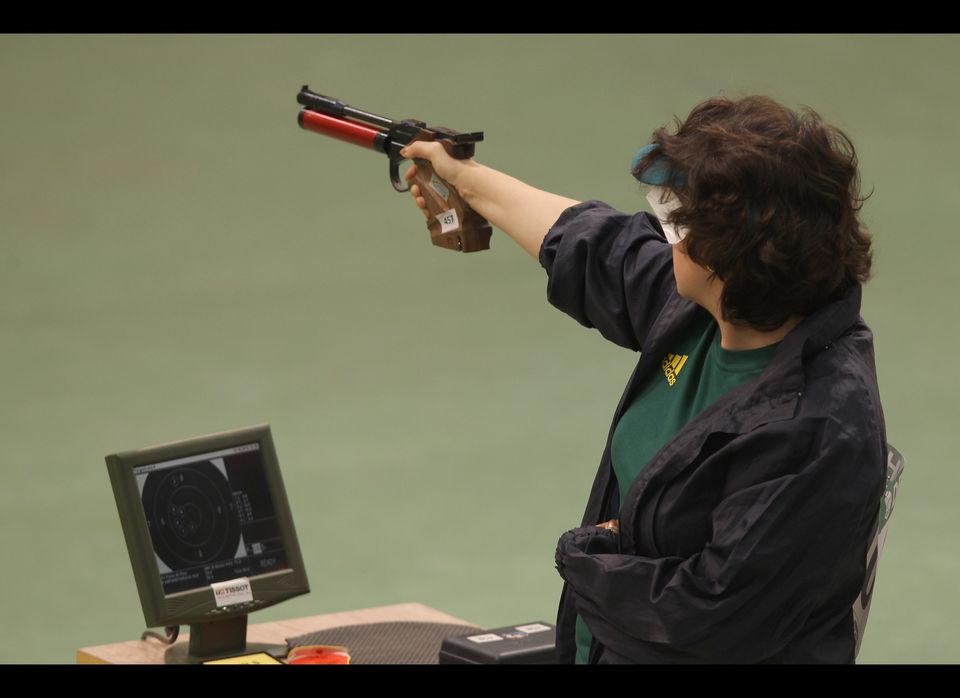 1 / 11
Australia
Gun ownership is strictly prohibited unless there are "genuine reasons" such as licensed sport, animal control or employment requirements.
Getty