LONDON (AP) — A well-known privacy advocate has given the public an unusually explicit peek into the intelligence world's tool box, pulling back the curtain on the National Security Agency's arsenal of high-tech spy gear.

Independent journalist and security expert Jacob Appelbaum on Monday told a hacker conference in Germany that the NSA could turn iPhones into eavesdropping tools and use radar wave devices to harvest electronic information from computers, even if they weren't online.

Appelbaum told hundreds of computer experts gathered at Hamburg's Chaos Communications Conference that his revelations about the NSA's capabilities "are even worse than your worst nightmares."

"What I am going to show you today is wrist-slittingly depressing," he said.

Even though in the past six months there have been an unprecedented level of public scrutiny of the NSA and its methods, Appelbaum's claims — supported by what appeared to be internal NSA slideshows — still caused a stir.

One of the slides described how the NSA can plant malicious software onto Apple Inc.'s iPhone, giving American intelligence agents the ability to turn the popular smartphone into a pocket-sized spy. 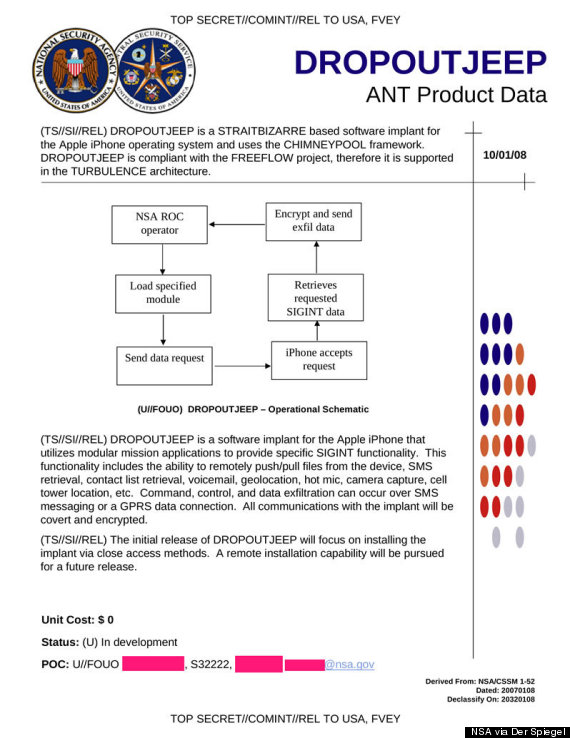 "Apple has never worked with the NSA to create a backdoor in any of our products, including iPhone," the company said in a statement to AllThingsD. "Additionally, we have been unaware of this alleged NSA program targeting our products."

Another slide showcased a futuristic-sounding device described as a "portable continuous wave generator," a remote-controlled device which — when paired with tiny electronic implants — can bounce invisible waves of energy off keyboards and monitors to see what is being typed, even if the target device isn't connected to the Internet.

A third slide showcased a piece of equipment called NIGHTSTAND, which can tamper with wireless Internet connections from up to 8 miles (13 kilometers) away.

An NSA spokeswoman, Vanee Vines, said that she wasn't aware of Appelbaum's presentation, but that in general should would not comment on "alleged foreign intelligence activities."

The documents included in Appelbaum's presentation were first published by German magazine Der Spiegel on Sunday and Monday.

Appelbaum and Der Spiegel have both played an important role in the disclosures of NSA leaker Edward Snowden, but neither has clarified whether the most recent set of slides came from Snowden.

The NSA Can Use Your iPhone To Spy On You, Expert Says
Politicians React To NSA Collecting Phone Records 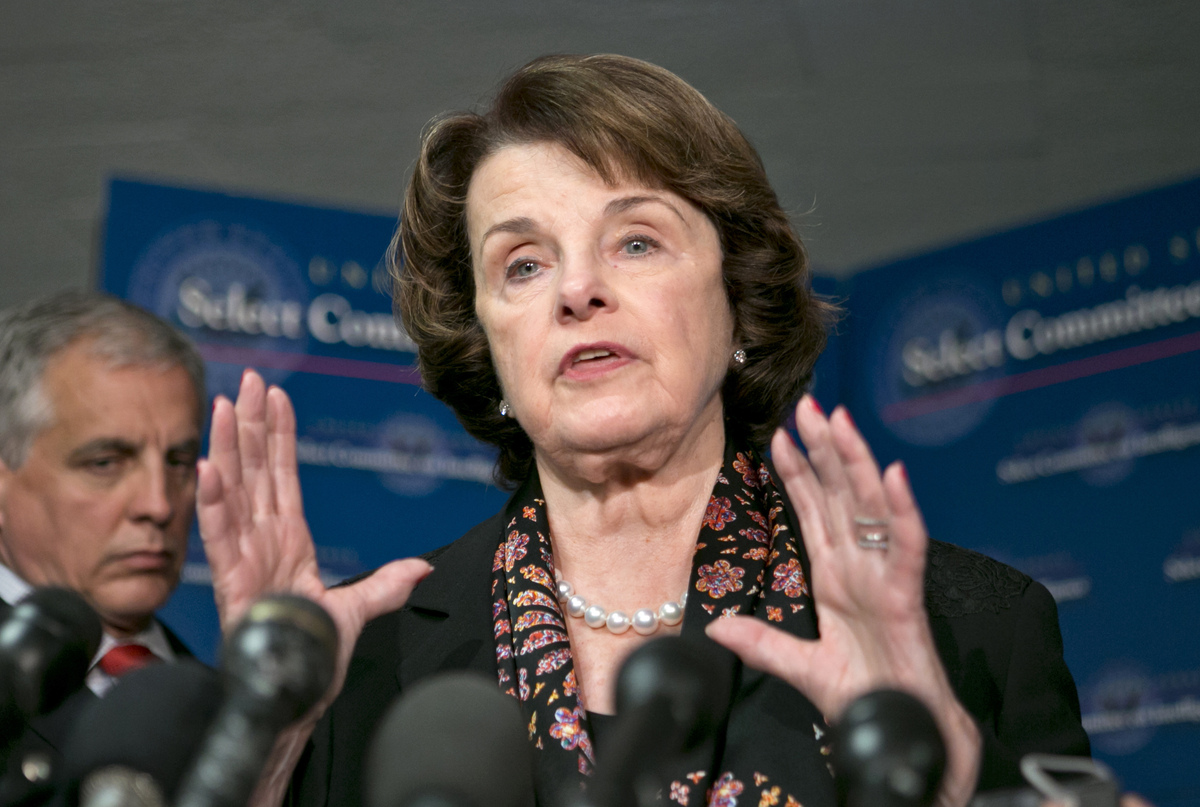