The National Transportation Safety Board released its preliminary report into the Amtrak train crash in Philadelphia that killed eight people and sent more than 200 passengers to the hospital on May 12.

The report confirmed the train was traveling at 106 mph as it hit the Frankford Junction curve in an area where the speed limit is 50 mph. The engineer applied the emergency brakes "seconds before" the train derailed, according to the report. 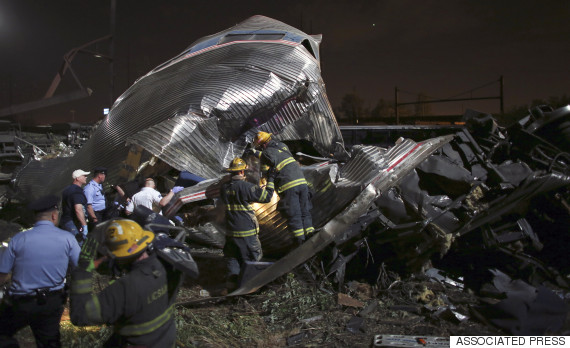 Emergency personnel work the scene of a train wreck, Tuesday, May 12, 2015, in Philadelphia. An Amtrak train headed to New York City derailed and crashed in Philadelphia. (AP Photo/Joseph Kaczmarek)

Investigators examined the train's braking systems and found nothing unusual.

The NTSB is still trying to determine whether the engineer, Brandon Bostian, used his phone to text or call anyone while he was operating the train.

It's also still unclear whether a rock may have hit the train's windshield before it derailed. The report said the windshield had "impact damage," but it was not known if that damage came from a rock or other object, or if it happened after the train crashed.

The report reiterates the FBI's previous claim that there is no evidence the train was shot at with a gun.

The crash set off a political back-and-forth between Democrats who supported more funding to make sure Amtrak trains are safe, and Republicans who said spending more money wouldn't have prevented the derailment.

The NTSB previously said that positive train control technology could have prevented the accident. The technology automatically slows trains before derailments.

Congress has mandated that tracks throughout the rail system be equipped with positive train control by the end of 2015, but, at the time of the crash, it was not installed at the Frankford Junction curve. 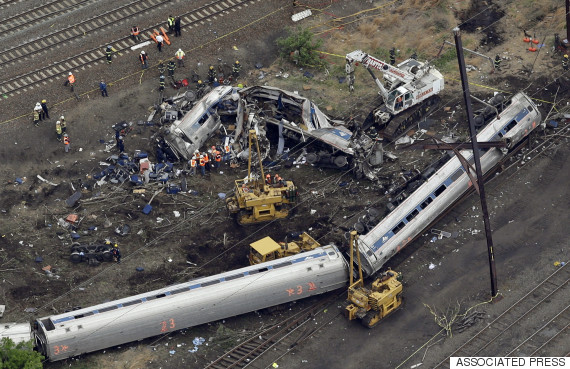 Emergency personnel work at the scene of a deadly train derailment, Wednesday, May 13, 2015, in Philadelphia. (AP Photo/Patrick Semansky)