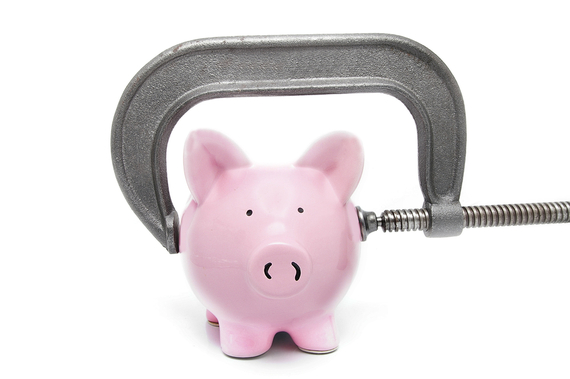 During the cold war, the United States built a large nuclear arsenal deployed on long-range land based missiles, submarines and strategic bombers. This "Triad" of nuclear systems was thought critical to our security and survival. Maintaining three different systems made it all but impossible for the Soviet Union to target and destroy all three legs of the arsenal, ensuring their own destruction as a result. Investment in this central concept of deterrence -- that you cannot attack without suffering a worse fate -- resulted in America buying and maintaining an expensive nuclear arsenal that eventually reached over 30,000 nuclear weapons.

The Nuclear Song Remains the Same

The cold war is over is long gone, but the nuclear triad remains. And now, as the nuclear weapons built and deployed in the 1980s reach the end of their operational lives, the government is planning to not only maintain these weapons, but to build their replacements. Yes, despite the fact that the Soviet Union does not exist and the United States needs almost no nuclear weapons for its security or that of its allies, the pressure is on for the U.S. to rebuild a cold war nuclear arsenal over the next 30 years.

Unless current plans change, the Departments of Defense and Energy will spend over $1 trillion over the next 30 years to maintain current systems and purchase their replacements. You got that right -- trillion with a T. This is over $33 billion a year, or three times what we are spending on nuclear systems today. As the threat goes down, we plan to spend more. In an age of budget constraint, it is hard to see how an increase in nuclear weapons spending is needed or aids American security. Nuclear weapons are practically irrelevant to the threats of nuclear terrorism or other regional threats we face today. Worse, as the costs increase, pressure for delays and cuts will grow leading programs to be stretched out, and in the end providing less capability at higher cost.

Elected officials are the ones pushing these expensive and unnecessary programs. The six senators from states where long-range missiles are deployed -- Wyoming, Montana and North Dakota -- are all pushing for the U.S. to build a new long-range missile. Congressional representatives from Georgia, Connecticut and Washington, where submarines are built and deployed -- guess what -- all support a new submarine. Same with the new bomber. They all want to ensure their slice of the nuclear pie stays the same, even without someone to point the weapons at.

Yet it appears no elected officials are aware that the full cost of replacing the nuclear arsenal will cost this much money. The Bomber will cost upwards of $100 Billion, not including the bombs and cruise missiles to go with it. The Submarine about as much, the missiles could cost even more. And the nuclear weapons that go on top -- build and maintained in California, New Mexico, South Carolina and Nevada, will cost over 350 Billion over 30 years. U.S. budgets are prepared annually and the defense department only provides formal budget projections five years out. Yet these systems take 30 years to build and deploy. The situation is similar to the balloon mortgages that almost sank the U.S. economy, where it looks like we can afford the house but in year ten the monthly payments skyrocket.

For those who support maintaining a large nuclear arsenal, the fact that this number is not known or understood in Congress or the White House is a major danger. Lack of public or political support now will make it hard, if not impossible, to sustain support for larger and larger nuclear budgets in the future. Nuclear sticker shock is never a good thing. Overreaching on our nuclear deterrent spending could result in our nuclear capabilities declining through budget neglect, not strategy. Less than ideal.

For those to support reducing the number of nuclear weapons, these numbers also suggest a problem. Conservative political voices appear willing to support negotiated reductions between the United States and Russia but only if the U.S. modernizes the weapons the United States would still maintain. In short, they support cuts only if the remaining weapons are more reliable that those they replace. A reasonable position to be sure. But if the budgets for such work are not supported -- as they have not been by the GOP controlled and budget minded House -- than it will be harder to generate a consensus behind negotiated arms agreement with Russia or others in the years to come. We will get old weapons we don't want, cannot afford to maintain, with nothing to replace them.

You Can't Get There From Here

Lastly, whether you think the plans of the U.S. to spend $1 trillion over the next 30 years is a good or a bad thing, the fact remains that the plan now in place won't work. The procurement pipeline calls for building 5 nuclear submarines, 72 strategic bombers and 240 land-based missiles all in a five-year period between 2024-2029. This is larger than the strategic nuclear forces of China, France and the UK combined. The pace is likely beyond the ability of the military-industrial complex to provide at cost or on time. Without a compelling need to move at this pace, it is hard to see why national spending and deterrence plans should be put at risk. Instead, a more reasoned procurement plan tied to both our strategic need and financial capabilities is needed.

In the end, the only person who can provoke this needed discussion in the president. Having gained approval of one arms agreement with Russia at great political cost with the Senate, it remains to be seen if President Obama wants to go back for more. However, as the costs loom larger and larger, there is a growing case for reducing the number of weapons the U.S. will build and the cost of these systems as a matter of not only deterrent theory, but of financial prudence.