With a nuclear agreement between Iran and the P5+1 in place, both supporters and opponents can agree there is a key lynchpin to its successful implementation: the UN's International Atomic Energy Agency (IAEA). Before any sanctions can be lifted, the very large job of monitoring Iran's compliance falls to the United Nation's nuclear watchdog.

In the most general terms, Tehran has agreed to reduce its stockpile of enriched uranium to a fraction of what would be needed to make a bomb, halt the use of advanced centrifuges, and allow UN inspectors access to nuclear sites. In response, U.S., UN and other multilateral and bilateral sanctions on Iran will be gradually removed, but -- like the deal or not -- that can happen only after the IAEA verifies Iran is adhering to its commitments. Without it, the deal falls apart.

Monday, the UN Security Council will vote on the deal, setting in motion an IAEA report expected by the end of the year. So how do we know the Agency is up to the challenge? 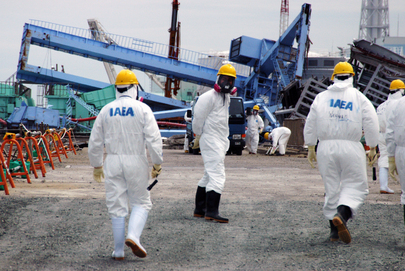 Their expertise is not just limited to Iran, either. The IAEA has conducted high-profile investigations into North Korea, Libya, and the infamous A.Q. Khan nuclear trafficking operation based in Pakistan. There's a reason we call it the "world's nuclear watchdog."